Kailen Sheridan, from off the roster to a chance to start 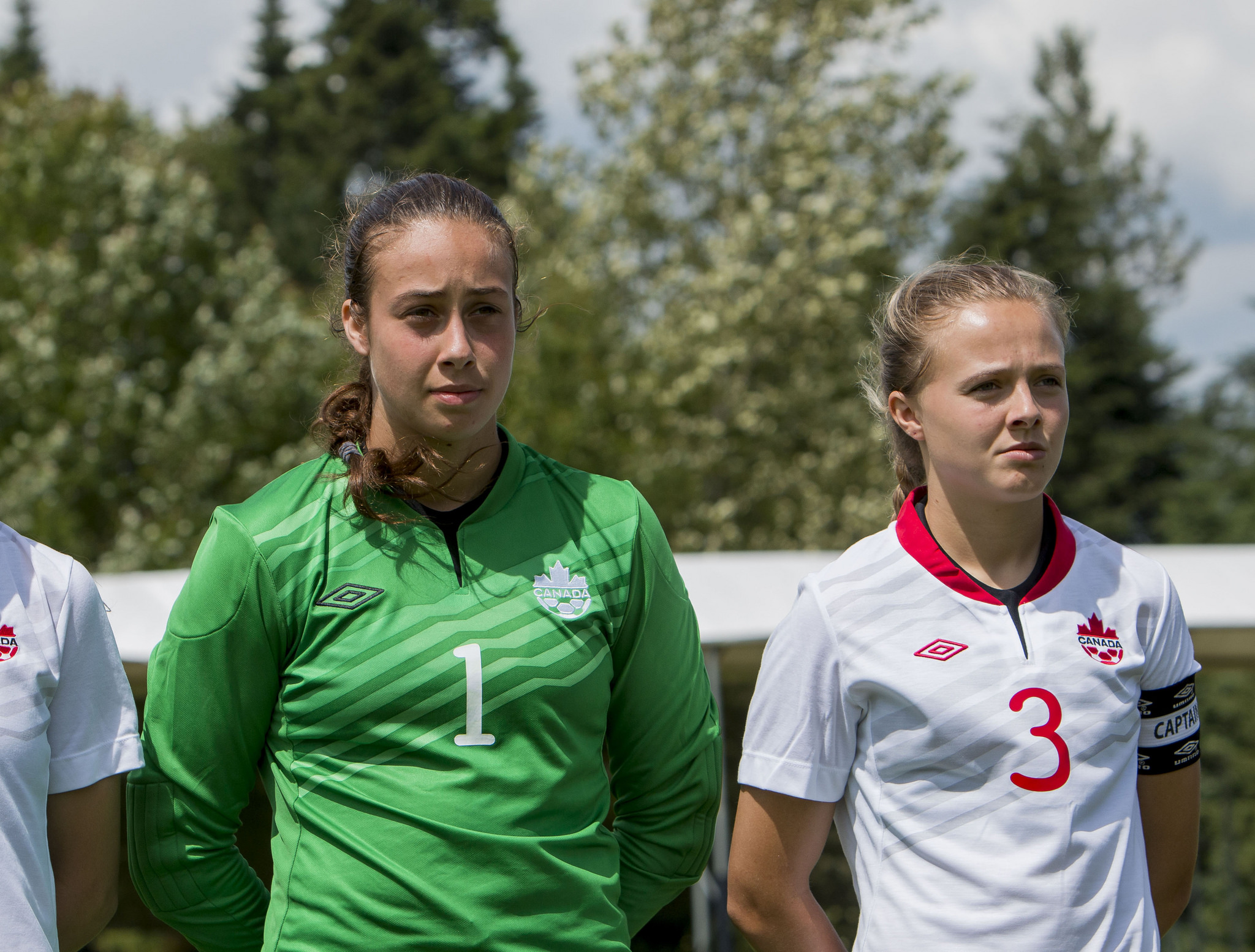 VANCOUVER, B.C – It was a battering of unprecedented proportions as Canada trounced Cuba with a 12-0 thrashing at the CONCACAF Women’s Championship on Monday night. Coach Kenneth Heiner-Møller’s squad kept their foot on the gas and buried 88th ranked Cuba with goal after goal.

“It’s pretty positive,” goalkeeper, Kailen Sheridan told The Equalizer when reached by phone. “12, nothing, you’re going to be happy regardless. We went out with a goal and we achieved it with flying colors. We’re very happy that we’re closer to qualifying.”

Canada head into their final Group B matchup tonight vs Costa Rica in a sound and comfortable position. All 2-0-0 Canada needs is a win or draw to clinch top spot in the group. If the unimaginable occurs and 34th ranked Costa Rica upsets Canada, fear not. Canada’s +14 goal differential has them in the driver’s seat heading to the for tiebreakers.

While a 12-goal outburst vs Cuba was quite impressive, even more so was the valuable experience and depth Canada showed for 90 minutes. It was a complete team effort from the first to last whistle.

Sheridan made her first senior team appearance in a CONCACAF tournament setting. She had to stay sharp while Canada hemmed Cuba in their own half much of the match. It’s not an ideal scenario to come into a high pressured situation and not face a lot of action.

How does a goalkeeper stay in the zone when her teammates are bossing the game?

“I think because it’s not a physically taxing game, it’s more of an intense game,” Sheridan explained. “When you’re not involved in the game, and it’s a little more different. You just keep the communication going all game, it helps. For me it’s keeping the positive encouragement going, because it’s easy not to be focused. We love the game, and this is our job. It just makes us happy.”

#CANWNT Goalkeeper @Kailen_Sheridan got the shutout in the 12-0 victory against Cuba. Watch her post-match comments! #CWC pic.twitter.com/QgERkcKTne

The 23 year-old, Whitby Ontario native, wasn’t assured a spot on Canada’s 20-player roster, but she had an inkling that she could be called upon to step up for her country. A September foot injury to goalkeeper, Erin McLeod during training in Ottawa meant that Sheridan had to prepare herself for the possibility that she might be getting the call.

“We had discussed it a couple weeks prior to the camp,” Sheridan admitted. “It was very up in the air discussion. We kind of waited to see how testing was with Erin. Unfortunately, they had to make a decision. It was a pretty quick decision. They wanted to give Erin the benefit. Overall, she made a decision that was best for the team.”

Group A: Lauletta recaps all four sides | Yenith Bailey is owning this tournament

To go from being involved in Canada’s camp in Texas earlier this month to actually starting in a match is a whole different matter. When Sheridan was told she would be starting against Cuba, she was completely caught off guard by the news.

“In the session following the first game, Simon Eaddy, (Canada Women’s National Assistant Coach, and Women’s Excel Program Goalkeeping Manager) just mentioned it to me. I was kind of in the training mode and just didn’t react. It was really cool to get back on the field. Anytime you get the opportunity it’s exciting.”

Getting back on the field is what every athlete wants to do. Sheridan’s club team, Sky Blue FC, had an abysmal season where almost nothing went right. Going from a less than ideal Sky Blue FC environment to a professional setting with Canada has its difference.

“It’s definitely a different environment,” Sheridan explained. “It’s the international stage and it’s more competitive. It’s more mental thinking about the game, and preparing for the game. We have a lot of players that are very intelligent players here. You have 20 (24) games all season, and you’re preparing all week. The only thing you can do, is be ready all season when you’re with your club environment.”

The 23rd overall selection in the 2017 NWSL College Draft started 23 matches for Sky Blue FC this past season. Sheridan set an NWSL with 108 saves in a season. She recorded a pair of clean sheets, and stopped three penalties while playing 2,070 minutes in 2018.

Does Sheridan plan to be back with Sky Blue FC for her third season with the team?

Before the circus that is the NWSL off season can begin the focus remains on the CONCACAF Women’s Championship. Canada is one step closer to earning a spot at the 2019 FIFA World Cup in France. It would mean everything for Sheridan to help Canada qualify and to then represent Canada on the biggest stage in football.

“Yeah, it would be a huge step for me,” Sheridan echoed. “It’s definitely my goal right now. In between now and then it’s my goal to compete for number one on the roster, and be at the World Cup. That’s what I’m looking for. Qualifying comes first. You can’t be in the World Cup, if you don’t qualify.”

Yenith Bailey is the hero Concacaf needs right now, even if not the one it deserves
Jamaica advance to face USWNT, Canada eliminates Costa Rica