Panama 2-0 Mexico: Panama one win from World Cup, Mexico out 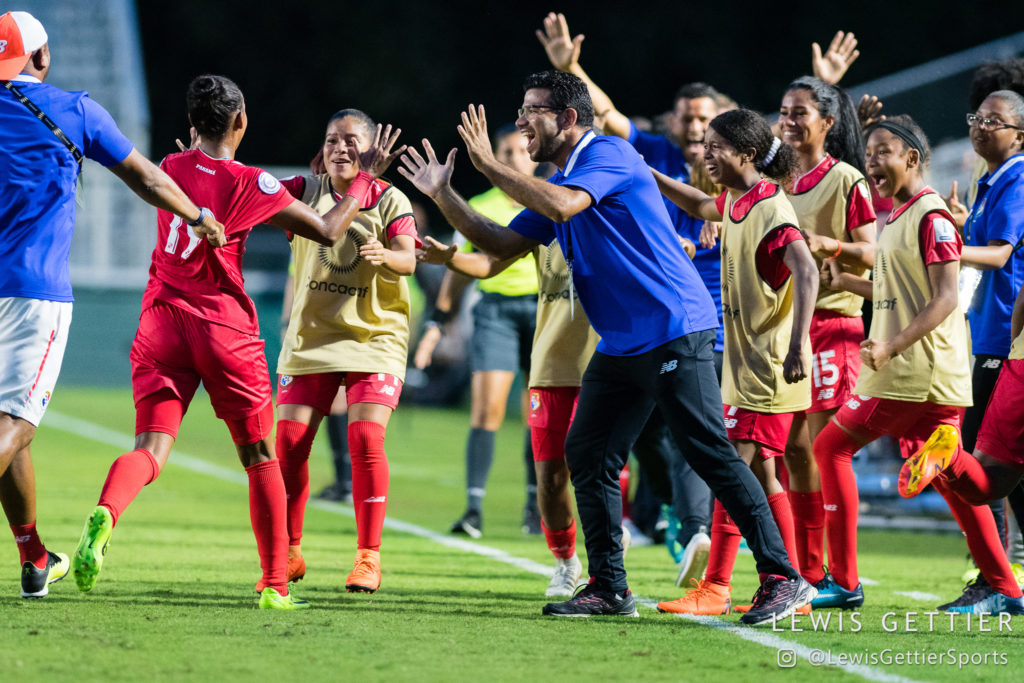 Panama engineered a 2-0 upset of Mexico on Wednesday to move to within a game of qualifying for the World Cup while eliminating Mexico for the first time since 2007. Panama had never beaten Mexico before the Group A finale in Cary, North Carolina and been outscored 19-3 by the heretofore Concacaf No. 3.

The Group A finale of the Concacaf Women’s Championship swung in the moments just before and after halftime. Mexico were the stronger side for much of the first half but it looked like it would end scoreless until Yaldrith Quintero made a sloppy attempt at a slide tackle in the penalty box and wound up handling what likely would have been a harmless cross. Charlyn Corral stepped to the spot but 17-year old keeper Yenith Bailey read it perfectly and made the save diving to her left to keep things scoreless. Mexico had another chance on the ensuing corner kick and hit the post—their third encounter with the woodwork in the half.

The scoreless half suited Panama who entered the match needing only a draw to finish second and move through on goal difference. Less than 90 seconds into the second half they found a goal and the lead. Switching the point of attack soon after a throw-in, Kenia Rangel was granted a world of space on the left side. As her defender sat off, Rangel changed to her right foot and put a near-post cross at the feet of Karla Riley who one-touched it around her defender and past Cecilia Santiago at the near post.

Needing two goals to advance, Mexico pushed on but were unable to beat Bailey. The venerable Monica Ocampo came off the bench for two of the best chances, one that wandered wide and another that hit the side of the goal. And the in the 85th minute, Panama put it away.

This time the attack went up the right side and the final pass went from captain Natalia Mills to Lineth Cedeno. The second-half substitute took a shot from about 14 yards that beat Santiago, hit the inside the far post, and caromed in.

Would you confuse the Kansas City Royals with Utah Royals FC?
USWNT complete obliteration of Group A