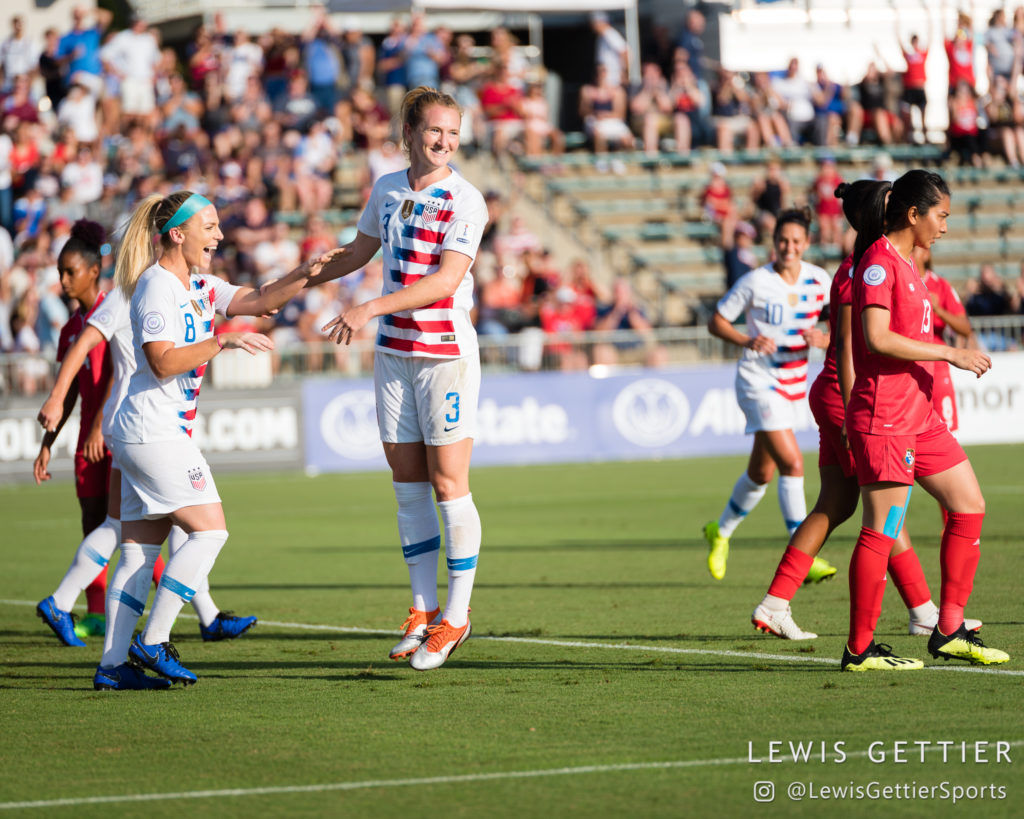 The United States emptied the bench making the maximum nine lineup changes and still had no problem with Panama, rolling to a 5-0 victory to improve to 2-0-0 in Group A play in the Concacaf Women’s Championship. Carli Lloyd scored a hat trick and the U.S. rolled despite 11 saves by Yenith Bailey—the most against a U.S. side in the tournament since 2002.

EXTRA: Bush — Ellis empties the bench, what to make of it?

As they did against Mexico, the United States got out in front early and were never in danger. Sam Mewis won an early free kick a few yards outside the box and then took the free kick that was deflected on and then saved over the bar by Bailey. Christen Press took the corner and sound Mewis who headed it to the far post for a 5th minute goal.

Lloyd got going in the 23rd minute, nodding in another Press corner at the far post with Mewis again having done the work to earn the set piece. Lloyd’s second happened six minutes later. Casey Short found room on the left side and fed Lloyd with her back to goal. The last Golden Ball winner at the World Cup turned on her defender and then dribbled around two more before finding room at the far post to make it 3-0.

In the 32nd minute, Abby Dahlkemper took advantage of a Panama giveaway by threading a ball from deep all the way through midfield to Press who was able to maneuver around two defenders. Press then dribbled in on and eventually around Bailey and laid her 46th international goal into an open net.

Lloyd finished off her hat trick, and the scoring for the evening, just after halftime. Mallory Pugh won a free kick above the right corner of the area. Rose Lavelle delivered the free kick to the far post and Lloyd swooped in to head it in.

Panama had one decent chance in the 69th minute following a corner kick. The initial clearance fell to the feet of Aldrith Quintero who blasted one right toward Ashlyn Harris who did well to fight it off.

It's a no from her, dog.@Ashlyn_Harris keeps the shutout. pic.twitter.com/37OyTz5dVh

The United States (2-0-0, 6 pts) are all but group winners ahead of Wednesday’s match against Trinidad and Tobago. Panama (1-1-0. 3 pts) finish group play against Mexico. A win will assure them a place in the semifinals and three different chances to qualify for the World Cup.

Charlyn Corral, Mexico roll past Trinidad and Tobago
Bush: Did anyone from USWNT B-team earn a promotion?