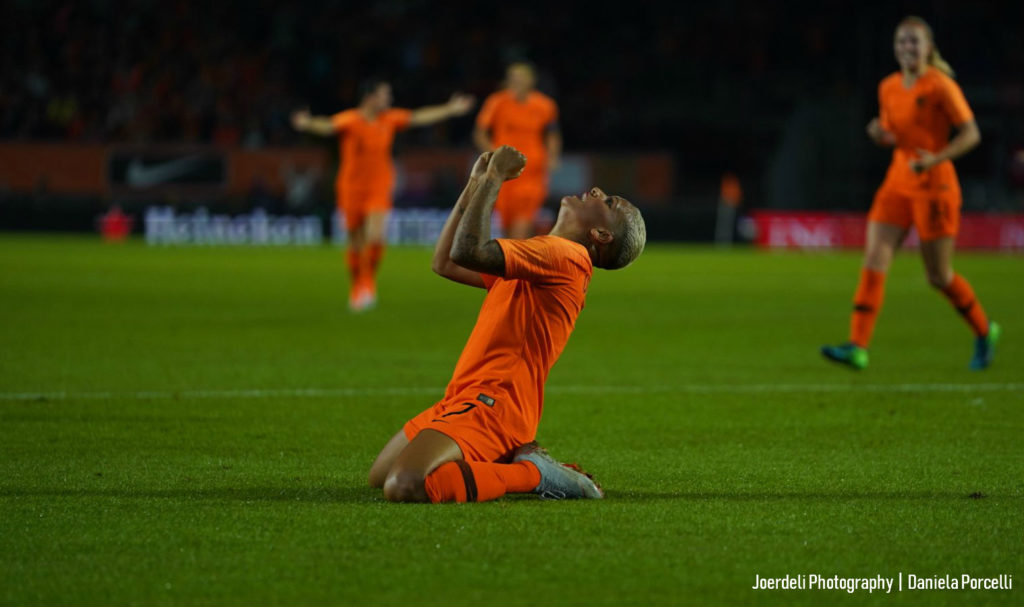 Netherlands defeated Denmark 2-0 while Switzerland earned a 2-2 draw in Belgium in the opening legs of World Cup qualifying playoffs in Europe on Friday. Denmark must now flip a two-goal deficit at home without the benefit of an away goal while the Swiss have two away goals and will open their home leg on level terms.

In a rematch of the 2017 EURO final in front of a packed house at Rat Verleigh Stadium in Breda, Netherlands rode first half goals from Lineth Beerentsyn and Shanice van de Sanden to the victory. Beerenstyn struck in the 21st minute and van de Sanden exactly 21 minutes after that. Loes Geurts had the clean sheet in her first appearance during qualifying.

At Den Dreef in Lovain, Belgium led for much of the match against Switzerland but Alisha Lehman hit two levels during the second half. The home side went ahead on five minutes through former Western New York Flash player Janice Cayman. That lead held through the half and to the 55th minute when Lehman tied it. Only five minutes after that Laura Deneve scored her first goal of qualifying to send Belgium back on top. Lehman’s final goal came in the 87th minute. The match was about as even statistically as it was on the scoreboard.

The return legs are Tuesday in Denmark and Switzerland. The winners advance to face each other next month and the winner of that two-leg series will play in next year’s World Cup.

Amandine Henry suffered a sprained shoulder during France’s 2-0 win over Australia in a friendly in Saint Etienne on Friday. A story posted on the site of her club, Olympique Lyonnais, said the midfielder will miss about six weeks.

France won the match behind two second half goals by Eugenie Le Sommer. Australia were without Sam Kerr, Emily van Egmond, and Lydia Williams who were resting after NWSL season and Alanna Kennedy, who is recovering from foot surgery.

In another high-profile friendly, Fran Kirby’s goal delivered England a 1-0 victory over Brazil. 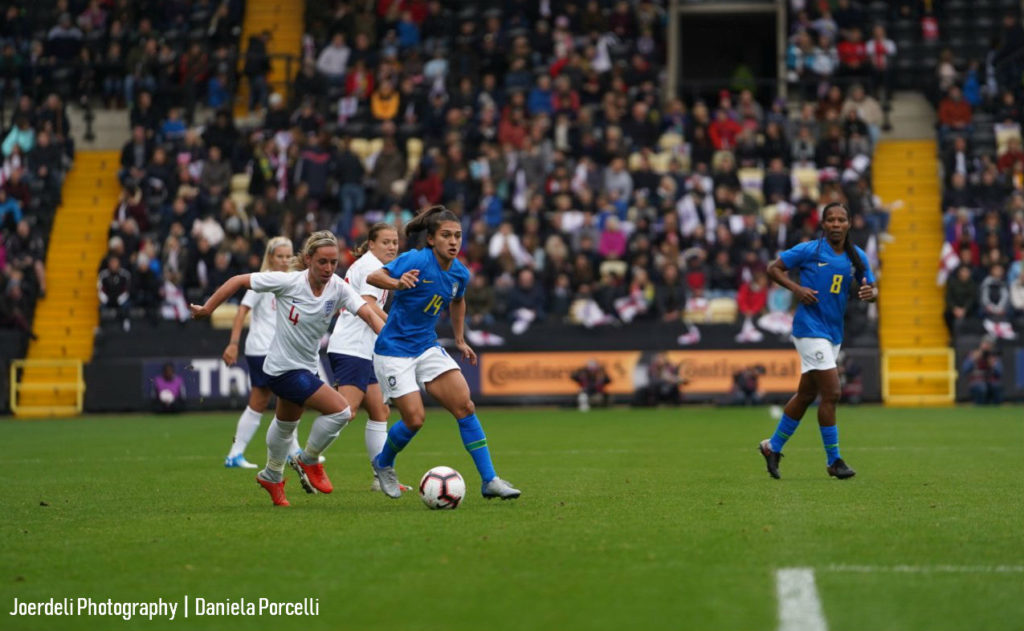 A Q&A on FC Cincinnati’s website this week said the club plans to apply for an NWSL franchise “in the coming years.” The question and answer was posted as an Academy Q&A and was not directly attributed to any specific person.

FC Cincinnati will be joining Major League Soccer as an expansion club in 2019 and are in the process of building a stadium on the city’s west side.

The full Q&A can be seen here.