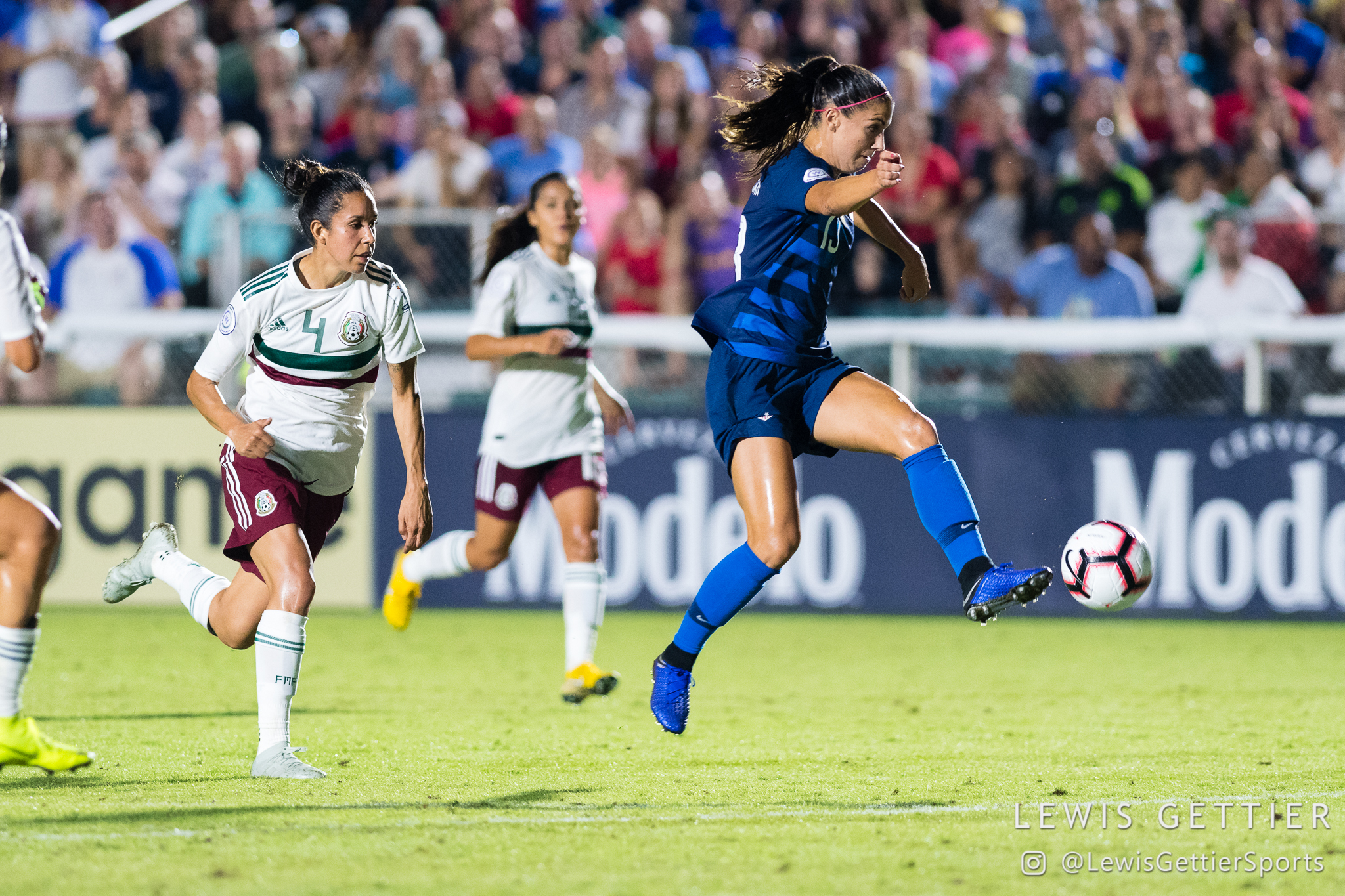 The United States opened their Women’s World Cup qualification campaign with a comprehensive, 6-0 drubbing of Mexico to go comfortably on top of Group A at the Concacaf Women’s Championship. Megan Rapinoe and Alex Morgan both had braces and Mexico managed only a single shot on goal.

The U.S. scored early in both halves, and even though Rapinoe’s 3rd-minute goal was the only scoring in the opening stanza, the World Cup holders were always in command.

The 3rd-minute goal began with Rose Lavelle sending a pass near the top of the box, but was more a product on Mexico’s inability to get the ball out of danger. Morgan’s ball in for Rapinoe was well defended but the attempted clearance went off Lindsey Horan. The 2018 NWSL MVP stuck with it and rolled a short cross to Rapinoe for the tap-in.

Mexico got out of that half down only a goal, but the U.S. scored earlier in the second half than they did the first. Rapinoe stood over an early free kick and drove it into the box. Julie Ertz flicked it up off the crossbar and the defense never recovered. The ball again came to the feet of Horan and it would up on the ground where Ertz buried it to double the lead.

The beat down was on by the 57th minute when a Rapinoe corner kick found Morgan streaking unmarked through the box. She needed only to get clean contact with her head to beat a frozen-in-her-track Bianca Henninger.

Four minutes later, Crystal Dunn dribbled down the left flank and drifted wide to evade her defender. From there, she sent a majestic cross that Tobin Heath headed by Henninger to make it 4-0.

The fifth goal came in the 70th minute off a Heath corner kick. Horan got her head on it, and as Henninger came out to play it, she got tangled up with Carli Lloyd, who had recently joined the match as a substitute. The ball squirted free and Rapinoe, by herself at the top of the six, tapped it in for her second.

Morgan finished the scoring in the 80th minute. Becky Sauerbrunn decided to take the ball forward and worked a beautiful triangle pattern with Dunn and Morgan. As Sauerbrunn received it back, Morgan nearly fell but stayed on her feet, went mostly unmarked again, and knocked in Sauerbrunn’s return pass.

Panama opens Concacaf Championship with big win over Trinidad and Tobago
Bush: US proves creativity in blowout over Mexico