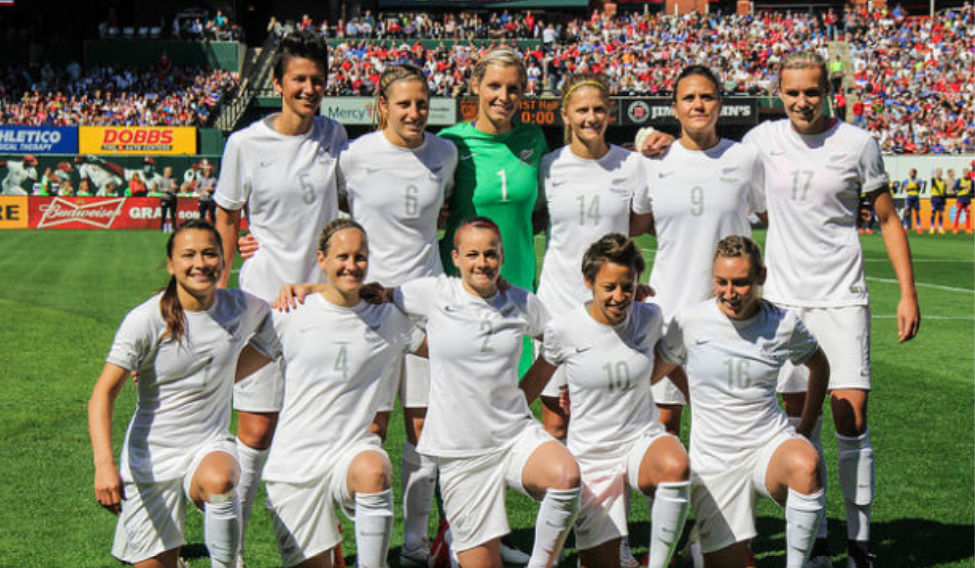 New Zealand Football has issued a formal apology to the Football Ferns following an investigation into 12 players complaints. (Photo Copyright EriMac Photo for The Equalizer)

New Zealand Football has issued a formal apology to their women’s national team, nicknamed the Football Ferns. The apology comes in the wake of the release of public findings of an investigation into multiple players’ complaints regarding former technical director and head coach Andreas Heraf.

The investigation was conducted by Phillipa Muir, a leading employment lawyer, in which she spoke with over 80 people, including Heraf and the 12 players who made complaints.

Muir found that the players’ complaints were genuine and mostly substantiated and ruled that Heraf had violated the federation’s Code of Conduct, Human Resources harassment policy, and Worksafe New Zealand bullying guidelines.

In the 22-page public findings of her investigation, which can be read in their entirety here, Muir stated that Heraf not only “failed to ‘respect the rights, dignity and worth’ of some of the Football Ferns players,” but that he also “‘offended, humiliated or intimidated’” and bullied them to the point that the 12 complainants refused to play for Heraf again despite the honor for playing one’s country.

Muir also found that there had been inadequate focus on player welfare for all of New Zealand’s high-performance teams in recent years.

As a result, Muir made 12 public recommendations for the federation to address the players’ complaints and improve its player welfare, among other things.

“On behalf of the Executive Committee (ExCo) of New Zealand Football we apologise to our players for the conduct of the former Head Coach of the Football Ferns and failings in the organisation that led to this review. We are deeply sorry that these events occurred and for the distress caused,” said NZ Football President Deryk Shaw in the federation’s official release.

“The NZ Football ExCo accepts the report and its recommendations in full and will now focus on working with management, our players and key stakeholders to ensure implementation of the report, its findings and recommendations.”

Goalkeeper Erin McLeod has been sidelined from World Cup qualifying due to a foot injury sustained during training. (Photo: Canada Soccer)

Veteran goalkeeper Erin McLeod reportedly suffered a foot injury this week while training with Canada ahead of the Concacaf Women’s Championship, the nation’s World Cup-qualifying tournament, according to John Molinaro of Sportsnet. The 35-year old is expected to be out four to eight weeks with the injury.

According to Canada head coach Kenneth Heiner-Møller explained that McLeod’s fascia, the flat band of tissue that connects the toes to the heel bone, had become overstretched and cause extensive pain to the goalkeeper.

McLeod recently returned to Canada’s roster after undergoing knee surgery to repair a torn ACL. That injury caused her to miss the 2016 Summer Olympics.

“…for us to lose Erin, we’re losing a great person who is also a great influence on the team. She’s played so many international games. I do have a lot of faith in Kailen, but this is a loss, losing Erin,” Heiner-Møller said.

Heiner-Møller is referring to Sky Blue FC goalkeeper Kailen Sheridan, who he has called in to replace McLeod alongside Steph Labbe on his 20-player roster.

“Kailen has a great opportunity here, and I know she’s up for it. Throughout this season we’ve seen her perform well for her pro club, so I’m pretty confident in bringing her in,” Heiner-Møller said.

The news of McLeod’s injury comes less than a week after word that midfielder Desiree Scott had sustained a fractured foot during training and would also miss qualifiers.

The new contracts will hopefully keep players “hungry,” especially the younger players aspiring to a career with the senior team, according to Baroness Sue Campbell, the FA’s director of women’s football.

“We want those [younger] players to recognise that we’ve picked them out, that they’re potentially very good but there’s still a journey to go on – whereas those senior established players know the journey,” Campbell said.

“I hope it keeps people a little bit hungry and aspirational.”

Central contracts were first awarded in 2009 to ease the burden of players having to have second jobs.