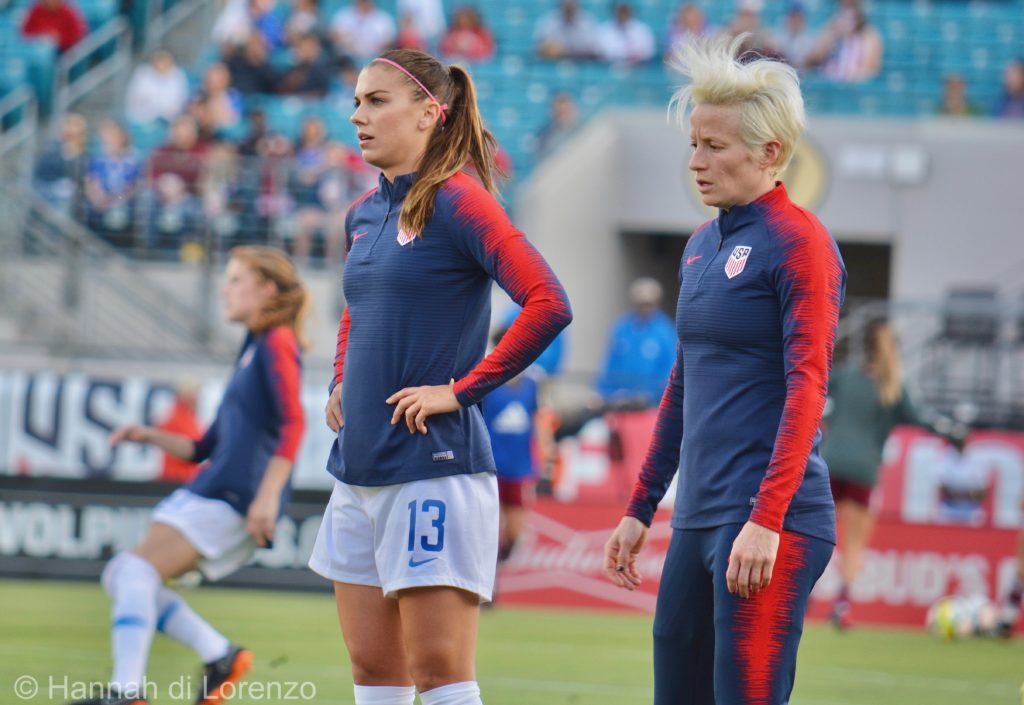 RALEIGH, N.C. — It’s hard to figure out exactly what is most striking about this current United States women’s national team. Is it that the Americans have been in such good form in 2018? That their depth is so real that the old cliché about their second-team making a run at the World Cup feels … not so cliché?

Or perhaps it is that this U.S. team looks entirely different from the one which won the World Cup in 2015 – and it looks far more talented even than that group.

It’s hard to choose, and equally important to note the World Cup was not won in Orlando in March, nor Chicago in August, nor will it be won in Frisco, Texas, this month (though it can’t be won without making it to Frisco). But it is also clear, in spending time around this U.S. team, that there is a balance of confidence and humility ahead of World Cup qualifying, which begins on Thursday against Mexico.

The United States’ only loss to Mexico in history remains that World Cup qualifying semifinal in 2010, which forced the Americans to beat Costa Rica in the third-place game just to earn their way into a two-leg playoff against Italy. As I wrote earlier this week, the lessons of that scare remain with the four veterans left from that match, and they have passed on that wisdom to younger players.

Below are news and notes from training camp and beyond.

The U.S. won both the SheBelieves Cup and the Tournament of Nations this year, playing six of the best teams in the world. The high level of competition will continue as the World Cup nears. The Americans had scheduled the Netherlands and Switzerland for matches in Europe in November but have had to change plans after each team was forced into Europe’s playoffs for qualification. The two alternative opponents will still be in Europe. Expect word soon — the window is only about five weeks away.

Said U.S. head coach Jill Ellis, on the aggressive schedule the U.S. has been playing: “When you look at the big picture, and the level of opponents, the quality of opponents – I said this in ’15, and I think it’s even more highlighted now: We’ve never played such a competitive run-up to the World Cup. This is going to blow that one out of the water.” 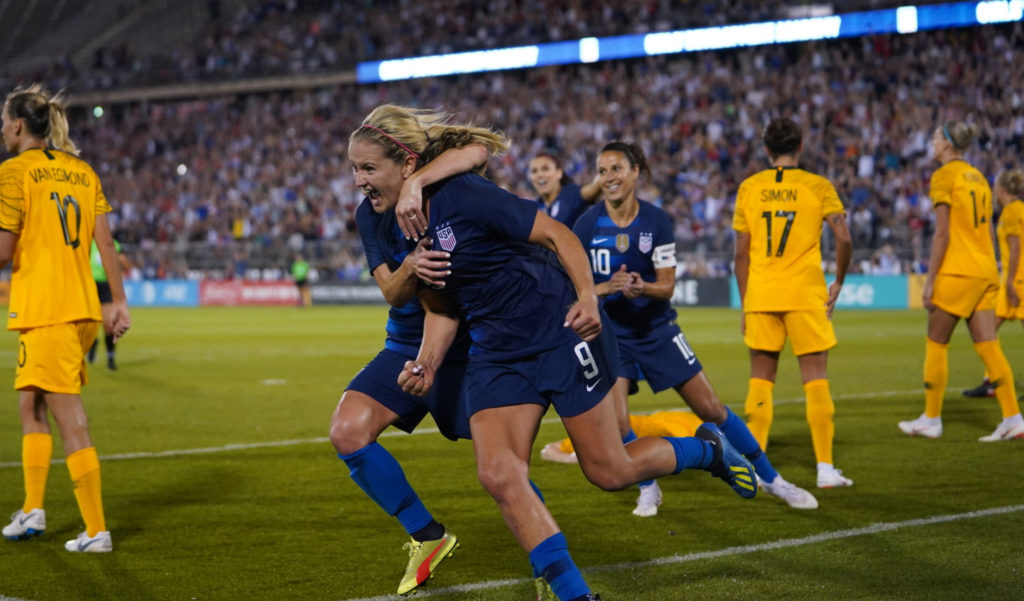 On playing tougher games, and vetting players ahead of this World Cup qualifying and build-up:

“Constantly you think about, ‘What do you need for the games?’ I’ve said many times, that Sweden game [2016 Olympic quarterfinal loss] made me realize that we’ve got to have players that are comfortable on the ball in tight spaces. We’ve invested and found players.”

Since the 2016 Olympics, Ellis has called-up 60 players total to the U.S. senior team (29 for the first time), with 44 earning minutes in a match and 19 receiving their first ever call-ups.

January will see a break from the tradition of a long training camp in greater Los Angeles. As Ellis did in scheduling trips to Brazil in December 2014 and France and England in early 2015, she wants to get her team used to being on the road – this time, especially, in Europe, with the 2019 World Cup being in France.

That trip abroad will all precede the 2019 SheBelieves Cup at home, which we’ve known since the 2018 edition would not include Germany. England coach Phil Neville revealed to media on Tuesday that the 2019 edition will see England, Brazil and Japan play in the United States. It’s safe to say he’s a well-informed source on the matter.

Ellis has officially named her captains as Carli Lloyd, Alex Morgan and Megan Rapinoe. Morgan has worn the armband for several months now, conceding it to Lloyd when Lloyd – who has typically entered matches in the second half of matches in 2018 – is on the field. That same setup will continue.

Tierna Davidson and McCall Zerboni are notable current injuries, and Allie Long a notable absence from this 20-player World Cup qualifying roster (goalkeeper Adriana Franch and defender Merritt Mathias are alternates who have been training with the team). Right now, there’s a pretty transparent vision of what Ellis’ 23-player World Cup roster will probably look like.

One name relative unknown in the current group is Hailie Mace, a 21-year-old senior at UCLA. She has only seen limited time with the U.S. this year due to a nagging groin injury, but Ellis sees upside in the versatile defender. The early scouting report: Mace can read the game and has the pace to compete at the international level, where the game is much faster. “She can fly,” Ellis said.

Can anyone from outside the current core break into the team? It’ll be tough, but not impossible. Consider that around this time four years ago, Julie Ertz was a last-minute replacement for an injured Crystal Dunn. Eight months later, Ertz was crucial to the U.S.’ 2015 World Cup triumph.

I’ve already written about how irreplaceable Alex Morgan has been for the U.S., and how the Americans don’t really have a direct, 90-minute replacement for her should they be forced to need one. And I wrote that before the 2018 NWSL playoffs, when Jess McDonald topped off a really good season with impressive, dominant performances, displaying a combination of strength, speed, finishing and game intelligence that are hard not to marvel.

Concacaf has ruled (rather quietly, as usual) that the semifinals of World Cup qualifying – those matches which will decide direct berths to the World Cup – will go directly to penalty kicks if tied after 90 minutes. The third-place game and championship, however, will feature extra time. Needless to say, this has drawn mixed opinions. More than anything: Why? Why only for the semifinals? The final is actually the least important match of the entire tournament. Both teams will have already qualified for the World Cup.

Goal difference will be the first tie-breaker at the group stage, followed by goals scored.

Of course, we can all hope that Concacaf qualifying can grow to be something more than a two-week tournament that some qualified countries’ federations can’t even be bothered to care about. Dan Lauletta wrote about that need for reform here.

Megan Rapinoe says her ribs are fine, and Kelley O’Hara tells me she is fully healthy after a frustrating summer spent on the sideline. O’Hara said she didn’t have one continuous injury, but rather a series of related ones. Tendinitis in her lower hamstring led to a modified running style, which caused her to tear her hamstring proper. She also had lingering ankle issues, all on the right side.

“Extremely frustrating. Obviously, you never plan to get injured, but I’m just happy to be on the other side,” O’Hara said.

A healthy O’Hara remains the top fullback in the U.S. pool, and Crystal Dunn has emerged as a clear answer on O’Hara’s opposite side.