Also in today’s roundup, no NWSL players taken off the re-entry wire, and the US announces new merch

Forward Jodie Taylor has been ruled out this month’s friendlies against Brazil and Australia, as well as a match against Sweden next month, due to a bone bruise. Taylor is coming off her first NWSL season since 2015, playing with the Seattle Reign, and has elected to sit out these friendlies in order to heal. At this time, she will not be replaced on the roster, which also includes the Houston Dash’s Rachel Daly.

England, who recently moved up one spot in the FIFA rankings to take third behind the US and Germany, hosts Brazil this Saturday and Australia a week from today. The 2015 bronze medal winners recently qualified for their fourth consecutive women’s world cup. 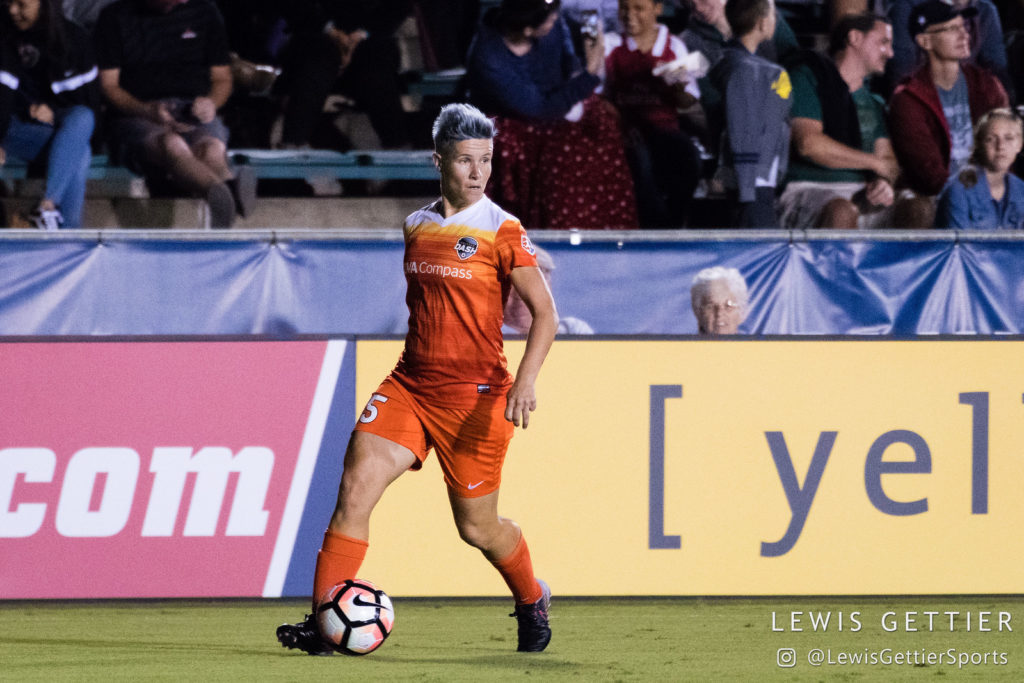 Houston Dash defender Janine van Wyk (55) during a match between the NC Courage and the Houston Dash in Cary, NC in Week 20 of the 2017 NWSL season. Photo by Lewis Gettier.

None of the seven players released by their NWSL clubs yesterday have been selected off the re-entry wire. This is consistent with previous trends in past NWSL seasons, as most players placed on the re-entry wire are known to be retiring or do not plan to return to the NWSL. These players’ rights are no longer with the previous clubs and will now be eligible as discovery players.

The US Women’s National Team Players Association is partnering with Player Tokens to release digital collectibles of US players. This unique form of collectible memorabilia is available to buy, sell, and trade in what appears to be this generation’s version of baseball trading cards.

“Player Tokens is a new innovative way for our players to connect with our passionate fan base. As we continue to break ground for women’s sports, especially fighting to make progress on the revenue and business side, we felt partnering with a progressive company like Player Tokens was a perfect fit,” said Meghan Klingenberg in the Player Tokens press release. Klingenberg is one of the spokespersons for the players association.