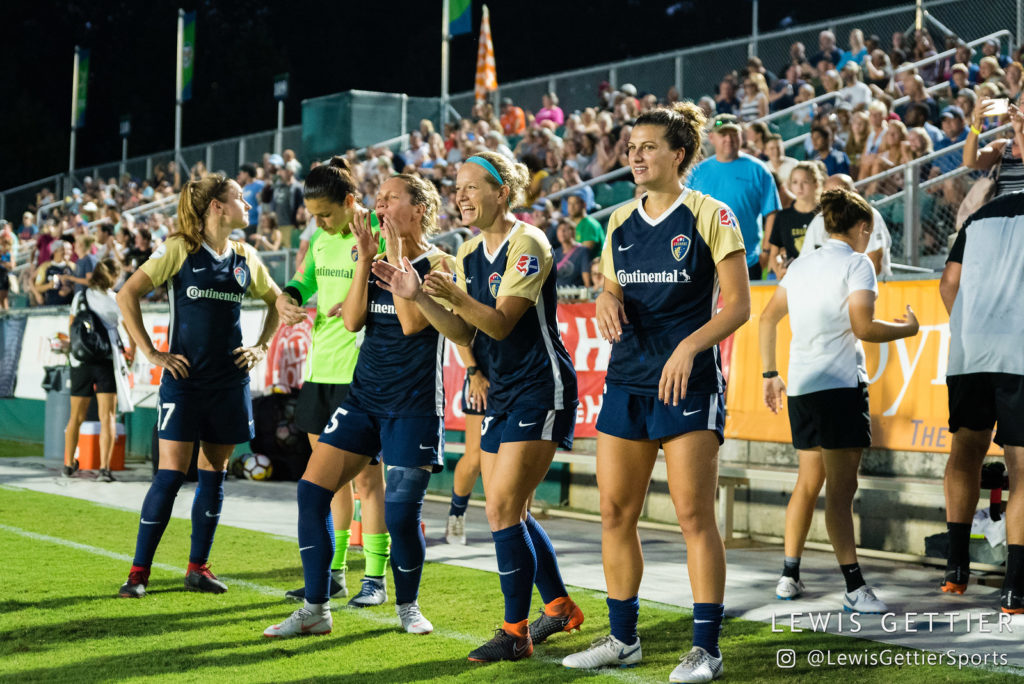 Seventy-eight minutes into the 2018 National Women’s Soccer League Championship match, something important happened. You’d be forgiven if you didn’t notice.

The North Carolina Courage already led the Portland Thorns, 3-0, and even the most faithful Thorns supporters who eventually sang through the Courage’s postgame trophy presentation knew that those final 12 minutes were a formality. The single most dominant team in league history was killing off the clock.

Those three goals which preceded this moment sealed the fate of that match, capping off an incredible season that saw the Courage set records for points, goals scored and goals against, to name a few. Those goals made sure that the ending many expected played out with little doubt.

That 78th minute, however, was a representation of a higher level of North Carolina’s team dynamics – and it carried symbolism for one of the many challenges the NWSL continues to face. The fourth official held up the board, with No. 23 in green and No. 10 in red. Brazilian midfielder Debinha, perhaps the best player on the field that day, trotted off; Kristen Hamilton checked into the match with instructions from head coach Paul Riley: She was responsible for relaying a formation change to the rest of the squad, and for taking on the lone No. 10 role in it. Her task was to channel the Thorns wide and kill off the game when the Courage won the ball back. Hamilton didn’t miss a beat, and you’d hardly notice the Courage changed anything. Such is how dominant they were in 2018.

Hamilton, 26, is something of a First Woman Up for the Courage – rarely a starter, but always part of the game; she played in 25 of the team’s 26 NWSL matches in 2018. Arguably, Hamilton’s most important role is one the public eye never sees. Nearly every week in training this season, she was tasked with mimicking the upcoming opponent’s star player to help North Carolina’s starting XI prepare for the match ahead. One day she’s Sam Kerr; the next, she’s Lindsey Horan.

There’s plenty of talk about North Carolina’s team chemistry and culture being otherworldly, and that’s as difficult to tangibly qualify as it is for the outside world to understand. So, start by taking what you can see.

Access the best women’s soccer coverage all year long
Start your FREE, 7-day trial of The Equalizer Extra for industry-leading reporting and insight on the USWNT, NWSL and beyond.
Subscribe
Existing Users Sign In Here
Related TopicsExtraFeaturedKristen HamiltonMorgan ReidPaul Riley

What a 2018 NWSL All-Star Game might have looked like
Monday Roundup: NWSL clubs announce roster updates; seven on Re-Entry Wire