Goal Five, the soccer brand for her, is on a mission to change apparel 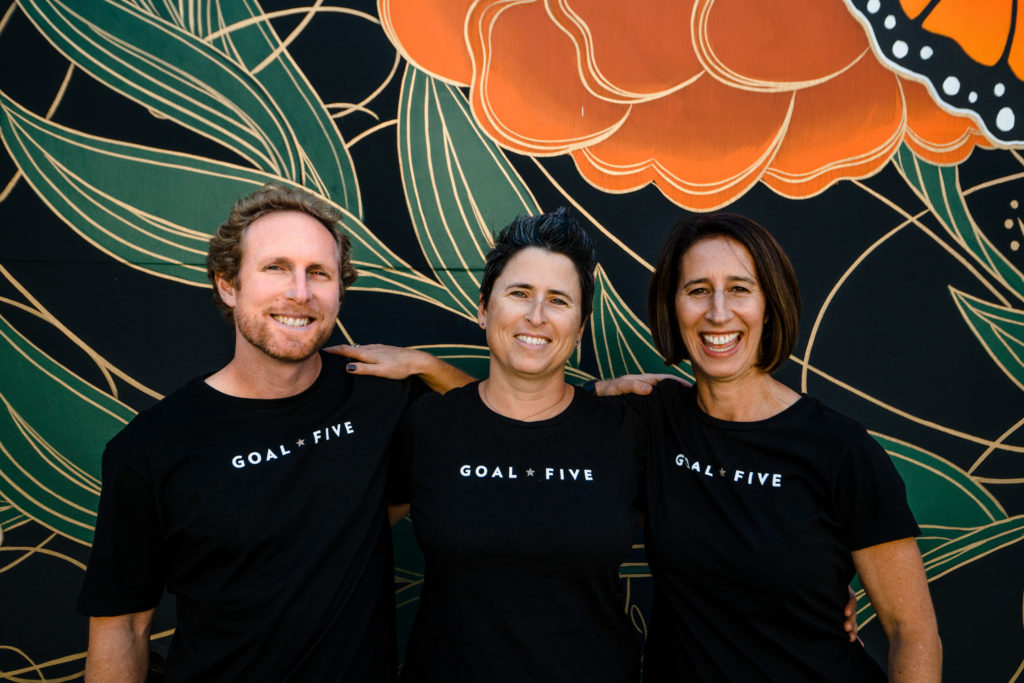 The National Women’s Soccer League Championship is in the books, and so too is the North Carolina Courage’s historic season as the most dominant women’s professional soccer team the U.S. has seen across three different leagues.

Equally exciting for us, at The Equalizer, were the events which surrounded the championship last week in Portland. On Friday night, prior to the final, The Equalizer co-hosted a celebration of women’s soccer along with partners Goal Five — “the soccer brand for her” — and The Far Post Soccer Supply, Portland’s leading soccer shop. U.S. Women’s National Team Players Association executive director Becca Roux led a spirited discussion about the state of the game, trials and triumphs of the U.S. team’s work, and what lies ahead for FIFA and the women’s game.

The event saw subscribers to The Equalizer Extra, friends of Goal Five and The Far Post, and fans — including Portland Thorns FC’s supporters group, The Riveters — join to mingle and celebrate women’s soccer away from the field, a community element we genuinely feel is still lacking from marquee events.

I'm really excited that we were able to do what we did in hosting events and spreading the word with @GoalFiveSoccer & @FarPostPDX around the NWSL Championship. A huge thank you to @beccaroux for stopping by to chat and drop knowledge. #EqualPlay #GrowWoSoTogether pic.twitter.com/aSiL1hJ2ya

Below, we chat with Goal Five co-founder Ann Kletz about the company’s origins, it’s purpose, and where Goal Five is headed.

Goal Five was founded in late 2015 following the United States’ World Cup triumph. Entrepreneur Keely Wachs saw an opportunity in the market, and together, with Kletz and fellow co-founder Carrie Kessler, the brand launched in November 2017 with the mission of creating soccer gear specifically tailored for women — often an afterthought in the sports retail market. This August, Goal Five had a breakthrough with its Excel Training Short, selling out on multiple occasions as female soccer players sought out a product that was made to fit and function for them.

The company’s roots are also mission-oriented. Five percent of all profits go to providing girls access to soccer, an effort done in partnership with Street Football World. Moving the Goalposts (Kenya), Seprojoven (Costa Rica) and Soccer Without Borders (U.S.) are current partners in that effort.

If you missed our co-hosted community event, we look forward to seeing you at one soon. Our goal is to build a community around women’s soccer, and these sort of in-person gatherings are one step in that process. Let us know your story (and where you slapped those bumper stickers!) using the hashtags #EqualPlay and #GrowWoSoTogether on social media: @EqualizerSoccer on Twitter and @equalizer_soccer on Instagram.

The Equalizer: What is at the heart of Goal Five’s mission work?

Ann Kletz: For me, it was really exciting, because I’ve been on the other side of that table, where I’ve been the nonprofit, and I’ve worked with companies. There have been some things that have been great about those partnerships and there have been some things that have been kind of challenging. One of the things that I found really challenging for companies is that it was a lot of flavor of the month, in terms of community service and nonprofit partnerships that they would build. They might be interested in girls’ sports one year, and then it would shift the next. So, the partnership wouldn’t continue. Our promise to our partners is that we are working with them, hand-in-hand, for the duration. We see them being our partners forever, assuming that it’s a lively, flourishing partnership. Then just adding more partners and initiatives.

The big vision from me for the mission side of our partnership is maybe, eventually, doing something similar to what Patagonia has done, with one percent to the planet, where we could do something like five percent for gender equality.

Our mission right now is two-fold: Increase gender equality in soccer, and advocate for gender equality in soccer. The second is to make sure that girls from low-income communities have access to soccer, because we know that when girls play, they become very confident leaders on the field and off. It’s very much a pay-to-play model, especially in the U.S., so we want to make sure that girls have this opportunity not only to play, but to thrive and reach their full potentials as leaders, through soccer.

The Equalizer: What does that look like tangibly for you? A lot of the conversation in U.S. soccer over the past year has been about access and pay-to-play, but how do you specifically make sure that happens for girls?

Ann Kletz: Soccer Without Borders is boys and girls. We donate 5 percent of our profit, but we also donate products, too. Sometimes we do volunteering. With Soccer Without Borders, our activation with them is really around the girls’ programming. We listen to them, we work with them. We use our platform, our product and our profit to advance gender equality and make sure that girls from low-income communities get access.

We see ourselves as conveners who pull people together. We want to move the needle on this mission and we’re not going to do that alone. That’s a little bit where that 5 percent comes in, but in reality, it’s building relationships with the U.N., building relationships with soccer federations. Those are long-term, visionary aspirations for what we’re going to do with our mission.

The Equalizer: Can what you are talking about and working on be scaled beyond soccer, to all women’s sports?

Ann Kletz: Yes, it’s part of the vision. We’re starting to see that there might be a demand out there for that. If you think about a soccer-inspired brand for female athletes – continuing to have our soccer roots, which legitimizes us in knowing what we’re talking about as a product. But you can think about maybe Roxy as an apparel outlet, where it’s a surfing-informed brand that spans across a lot of different sports or athletes. We felt that there is really a culture – there’s just a real culture around soccer. A lot of girls hold their identity as soccer players on the field, but also when they get off the field. It’s a lot of their identity off the field as well. There’s a culture around that and we wanted to create a brand where everyone recognizes that, celebrates that.

What’s next for Goal Five?

Really paying attention to how the market responded to the short. Bottoms are really an opportunity for women in general, and we’re going to really lean into that. Strategically, talking about really building our company around the short. We have some plans in the works for World Cup on the product side and also on the event side. Just continuing to grow the company. There are still opportunities to invest. I’ve been working diligently on continuing to bring investors into the company who are really interested.