Today, it was reported that veteran Canadian midfielder Desiree Scott suffered a foot injury on the first day of training camp in Texas for Canada WNT. She is expected to be out 6-8 weeks and will now not be able to compete for Canada in Concacaf’s World Cup qualifying tournament.

The 135-cap Winnipeg native suffered a foot injury after being stepped on during a tackle which led to a small bone fragment coming loose. Though it’s a big loss for Kenneth Heiner-Moller’s squad ahead of the qualification tournament, he and his staff are thankful that the injury was not worse.

“We’re pretty happy it’s not a long-term injury but it’s very sad for Des,” Heiner-Moller said according to The Globe and Mail. “She definitely wanted to be in this tournament. And it’s, of course, a setback for us. But we’ve got great players … somebody else will step up.”

The injury of Scott adds on to a few injury woes the Canadian’s have faced in preparation for qualifying. Earlier this month, defender Shannon Woeller broke her arm in a friendly against Brazil.
Canada is set to open up against Jamaica on October 5 before facing Cuba on October 8 and rounding out group play against Costa Rica on October 11. 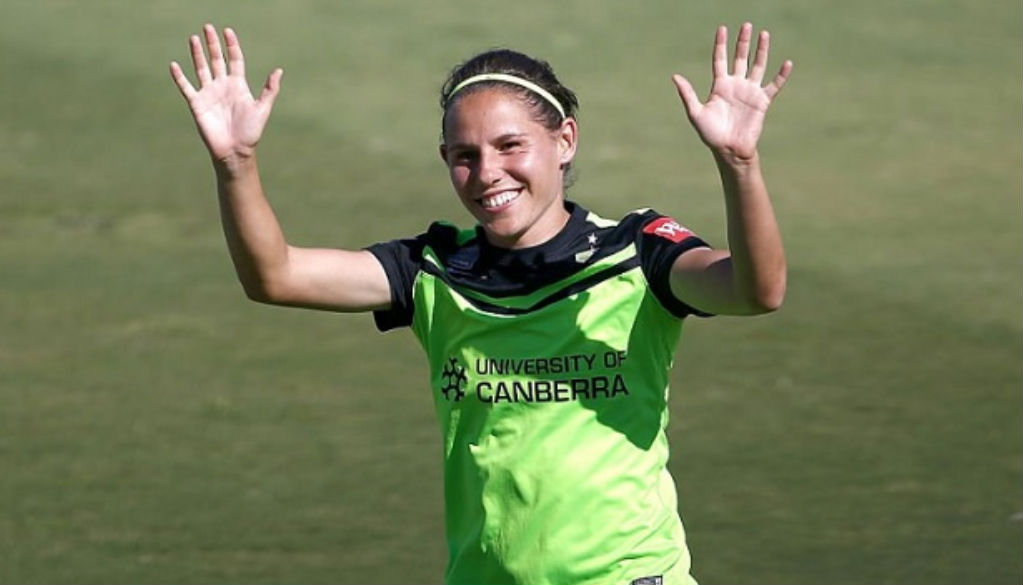 Through her playing career with the club, Sykes scored 37 goals through 108 appearances over a span of 10 years playing for Canberra United. The 26-year old also has 5 goals in 9 appearances with the Matildas at the international level. Her last game representing her country was back in 2016. In 2017, she signed with the NWSL’s Portland Thorns and was part of the NWSL Championship winning team last fall.

Sykes is excited for a new opportunity and is looking forward to taking on a new role at the club. “I will obviously be involved in a different capacity this year, but it’s an exciting step in my football career and I can’t wait to work alongside Heather in the professional environment we have within Canberra United,” said Sykes in the club’s official release.

“This club has been a big part of my life so contributing again as a coach and helping the next generation of players is very important to me.”