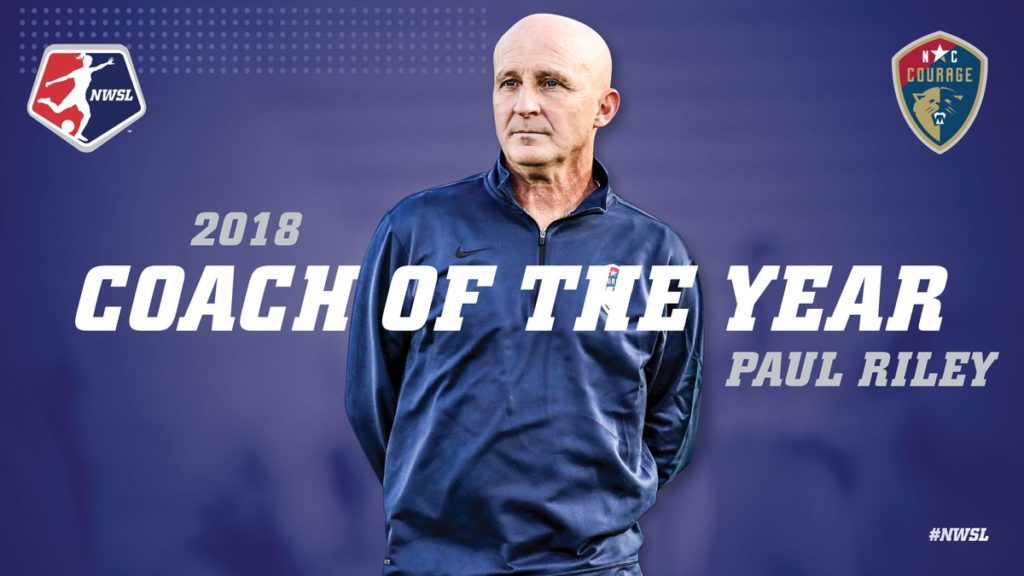 Paul Riley has been named NWSL Coach of the Year for the second straight season. Riley guided the North Carolina to the Shield for the second year in a row with a record of 17-1-6. The 17 wins and 57 points are both NWSL records. The Courage also set marks for most goals scored, fewest allowed, and fewest losses. The Courage went on to win the NWSL Championship last weekend. They also defeated Paris Saint-Germain and Olympique Lyonnais to win the first women’s version of the International Champions Cup.

Riley also won Coach of the Year honors in 2017 when the Courage finished 16-7-1. He was also named Coach of the Year in WPS in 2010 and 2011 while coaching the Philadelphia Independence. Every time Riley has earned the award his club has reached the final. They had been 0-3 in those finals until defeating Portland Thorns FC last weekend. Riley also won the 2016 NWSL Championship but was not Coach of the Year that season. He is the first coach to win the award and the title in the same season.

Riley is the sixth consecutive foreign-born coach to be bestowed the top honor in NWSL for coaches. He joins Laura Harvey as two-time and consecutive winners. 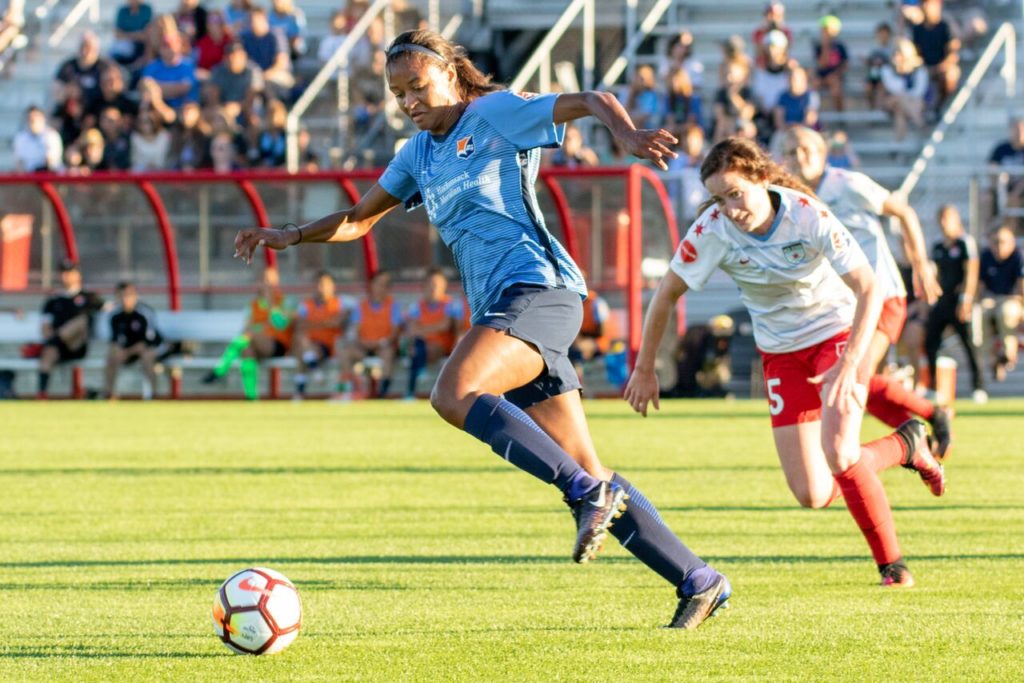 Imani Dorsey might have endured a rough season with Sky Blue FC, but individually she stood out. Dorsey, a forward/midfielder, was named the NWSL Rookie of the Year on Wednesday.

She beat out Andi Sullivan of the Washington Spirit and her Sky Blue FC teammate Savannah McCaskill for the title.

This season, Dorsey started 12 out of 13 appearances for Sky Blue, totaling 1,047 minutes after missing the first part of the season to finish her degree. Dorsey scored four goals — all with her right foot — and produced one assist. She finished the season with a passing percentage of 74.4 and 72.2 of her tackles were deemed a success.

“She was able to come into the team and quickly adapt to the professional environment, which is very difficult for a rookie to do,” Sky Blue coach Denise Reddy said in a team release. “From game to game, she showed continual progression and played a vital role for the club. She is definitely worthy of receiving this honor, and we could not be any more excited for her.”

Dorsey won the NWSL Rookie of the Year titled with 38.4 percent of the votes, combined from players, club, fans and media. Sullivan took second place with 31.1 percent and McCaskill finished with 30.5 percent.

Paul Riley has shaped the culture and tactics of the best NWSL side so far
Wednesday Roundup: Injured Desiree Scott out for Concacaf Championship