Kassouf: How I voted, and why there’s still a long way to go for FIFA Best awards system 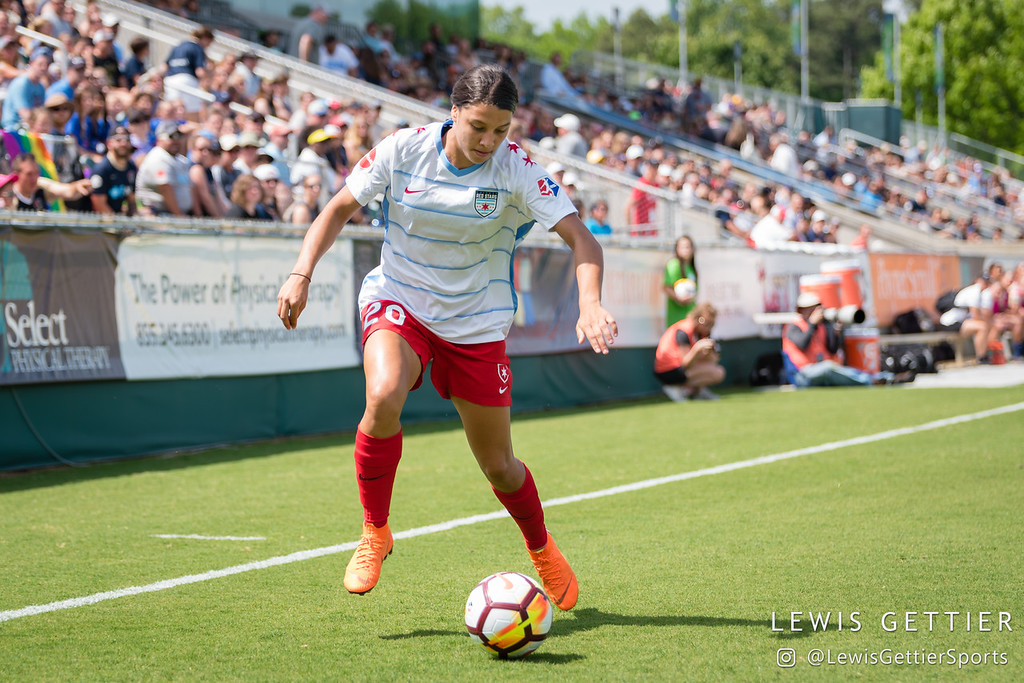 Voting for the best women’s player and coach in the world is a source of annual anxiety for me since 2013.

Most of you are probably starting this story on the basis of anger over the award, which I get. I can say first hand that significant efforts have been made over the past few years to improve the process, which includes how the shortlist of 10 players is created. Remember, official votes can only be cast for one of those 10 players selected by a committee; I still remember my top choice for 2014 (Kim Little) not even making that list.

Others will enter this with the opinion that individual awards are useless, and they’ll point to umpteen examples as proof. That’s fine.

Each year, I feel that it’s my duty to continue to take my vote seriously, and to continue to have the conversations that will help improve this award and how players are nominated and selected winners. Like it or not, this award is a major reference point and part of how we track things historically. We should be trying to make this as accurate as possible.

I’ve argued for years that club form needs to be considered more in the voting process (see Kim Little note above). The best player at a World Cup, Olympics or European Championship often wins the annual award. That makes years like this, with no such tournament, particularly interesting.

Voting on this 2018 award was especially challenging based on the parameters put forth by FIFA, which stated that voting was to be based on accomplishments from August 7, 2017 (right after EURO ended) to May 24, 2018 (the end of the European season). Voting for this award stretched into August, and yet June and July were deemed irrelevant. Basically, we were asked to vote based on the European season. 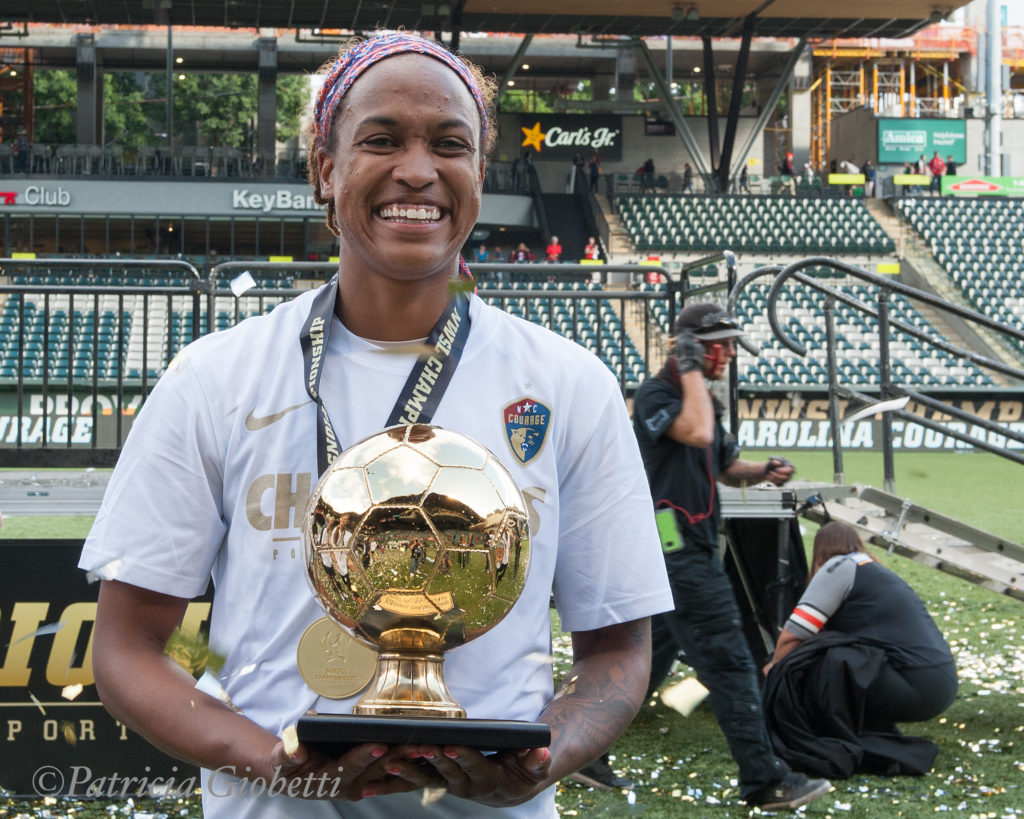 It’s a given that the diversity of voters means that plenty of people have to vote based on what they absolutely know. And it should be noted that the fan vote appeared to drastically change the 2018 results, given how tight voting was. I know that Pernille Harder is exceptional, and that Ada Hegerberg is world-class; the World Cup would be far worse without her if she remains at odds with Norway’s federation. I also don’t get to see these players as often as I do others — or as often as other voters do — which is something every voter has to acknowledge. I still spend time watching everything I can, speaking with colleagues and researching extensively. From there, it’s about making an informed decision.

Sam Kerr got my vote for the second straight year, and for the second straight year, she was nowhere near the top three. The issue with the voting calendar actually did come into play for me, because Megan Rapinoe’s first half of 2018 was so freaking dominant, that I thought hard about voting for her. Ultimately, I thought Kerr had the better body of work, regardless of those missing months. Kerr was the answer, no matter what. She is a special blend of intelligence and athleticism, a player capable of individually turning a game that isn’t or maybe shouldn’t be in her team’s favor.

Now, here we come back to that voting window, and the flip-side of that thinking…

It was an all-Aussie vote for me: I put Australia national team coach Alen Stajcic first on my ballot for best women’s coach. The work that he has done to put Australia in a position to be a legitimate World Cup contender cannot be overlooked. The voting window being what it was, both Australia’s 2017 Tournament of Nations triumph and this year’s impressive runner’s-up showing were excluded. Why isn’t the award just a 365-day cycle that resets on a chosen date in August? Again, I tried to look at a full body of work, and decided that missing the voting windows by a few days shouldn’t prevent me from voting true to my thoughts.

The aforementioned issue of voting what you know came into play here as well. I got to see Australia up close on several occasions over the past year. I voted Portland Thorns coach Mark Parsons third, and I see practically every Thorns match. 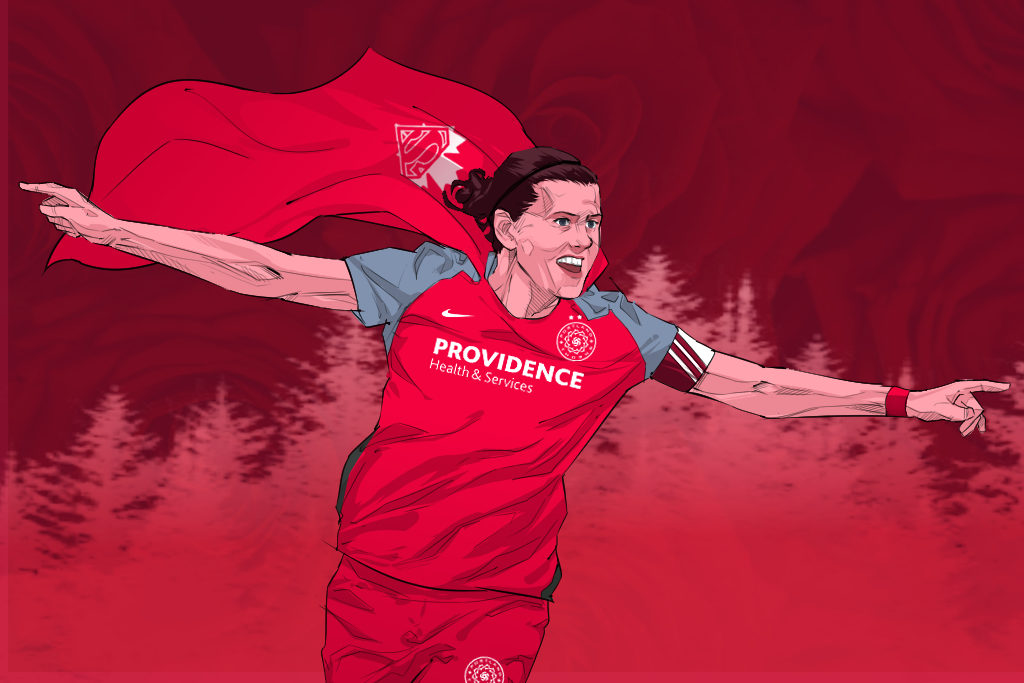 I don’t get to see Emma Hayes’ coaching up close, which is a shame. She might be the best player-manager and motivator I’ve ever come across, having first met her a decade ago. She gets the best out of everyone wherever she is, and you either buy in or get out. This past year, she led Chelsea to a league and cup double (an unbeaten FAWSL campaign) and the semifinals of the Champions League, all while pregnant – and we’d come to find out later that she lost one of her twins while coaching that season. I cannot begin to imagine what that was like for her, and even when she spoke about it recently, Hayes carried herself with extreme poise as she tried to come to peace with everything. I tell people in my business and personal life: you never know what anyone is dealing with on the inside. That Hayes accomplished what she did on the field during such a challenging time only added to my respect for her. The biggest issue regarding voting is, again, that there are rare opportunities to see the FA WSL or Champions League in the U.S., and it’s difficult for me to vote first what and who I cannot see. I simply don’t have access to many Chelsea games.

So, no, Lyon’s Reynald Pedros, who won coach of the year, did not make my top three. Orlando Pride and Brazil forward Marta, who won the player award, did not make my top three. I look at Lyon’s talent, and what those players can do (and have done) regardless of the coach – combined with the knowledge I have of the team’s setup and French league – and I was more impressed with Hayes doing what she did in a competitive FA WSL, and seeing what Parsons did in a very difficult NWSL.

Marta is the greatest player of all-time, and still a very good player. She had a spectacular 2017 NWSL season – some of which was in this voting window – and a decidedly average 2018 by her standards. That’s no disrespect to her; I just see the three players I voted for (and a few others) at a much higher level right now.

You can look at how each captain, coach and journalist voted for players here and for coaches here. The overall results – which show a pretty split player vote – can be found here.

Indeed, it’s another year where I both feel like I can make a difference with my vote, and I wonder if and how the process will truly improve. Believe me, it’s a frequent conversation.