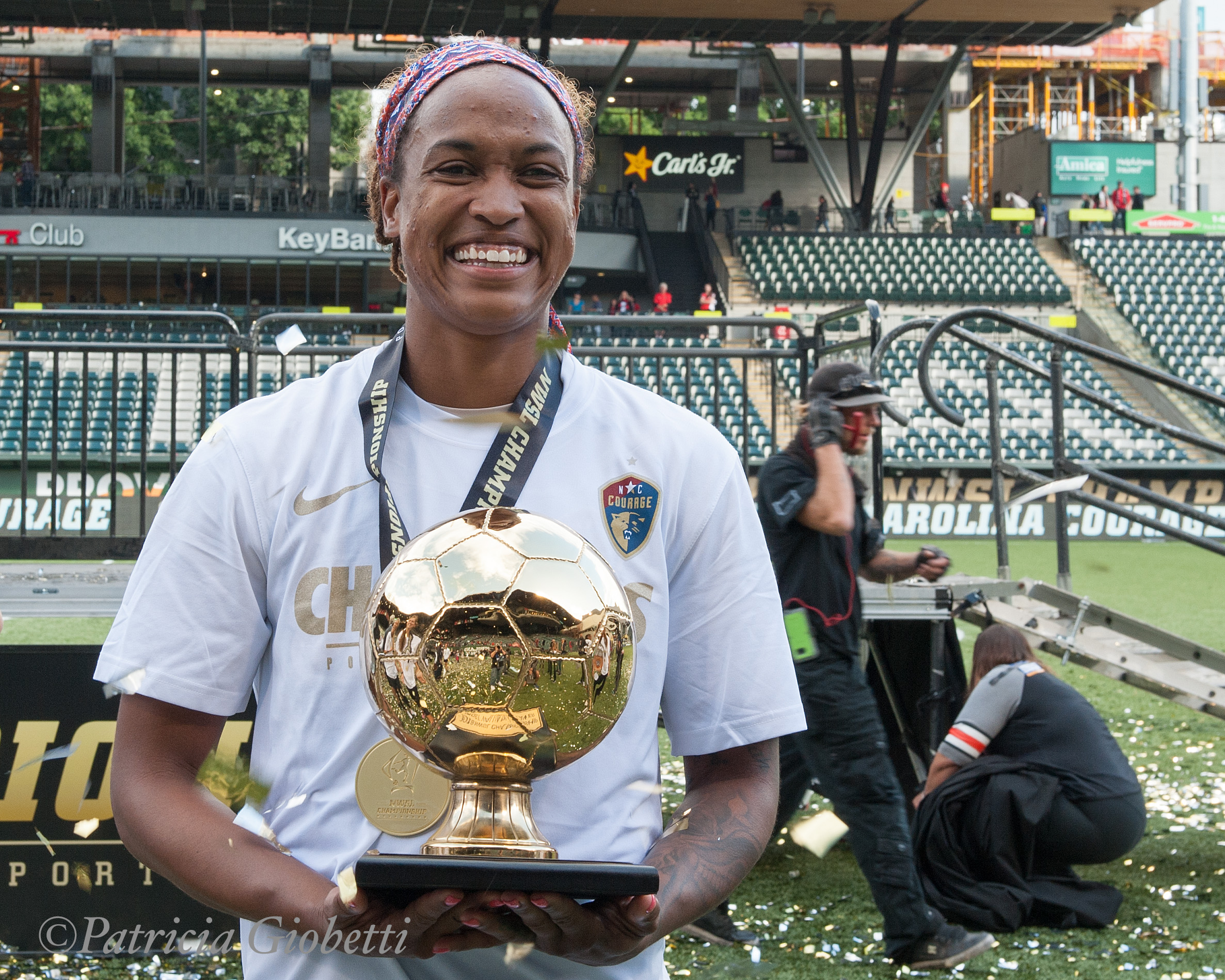 Two goals at key times of the game ensured her side put to bed the demons of last year’s defeat to Portland Thorns FC and claim the team’s first-ever NWSL title since relocating to North Carolina, after their 3-0 victory at Providence Park.

It could have been so different for the veteran forward, who was traded four times in the first three years of her NWSL career, and seriously thought about quitting the game when she couldn’t find a home.

“There were times when I thought about retiring,” a reflective McDonald said postgame.”That was a definite thing that had crossed my mind, because I was bouncing around [the league], but I continued to stay motivated for my kid, especially. I didn’t want to give up so easily on this career.

“It was sort of a downfall moving from place to place, being somewhere new, somewhere fresh, but by the time I got to Western New York Flash, that was the first organization that I knew wanted me, and this is the first time I have been with the same team for three years, so it got comfortable over the years – and here I am.”