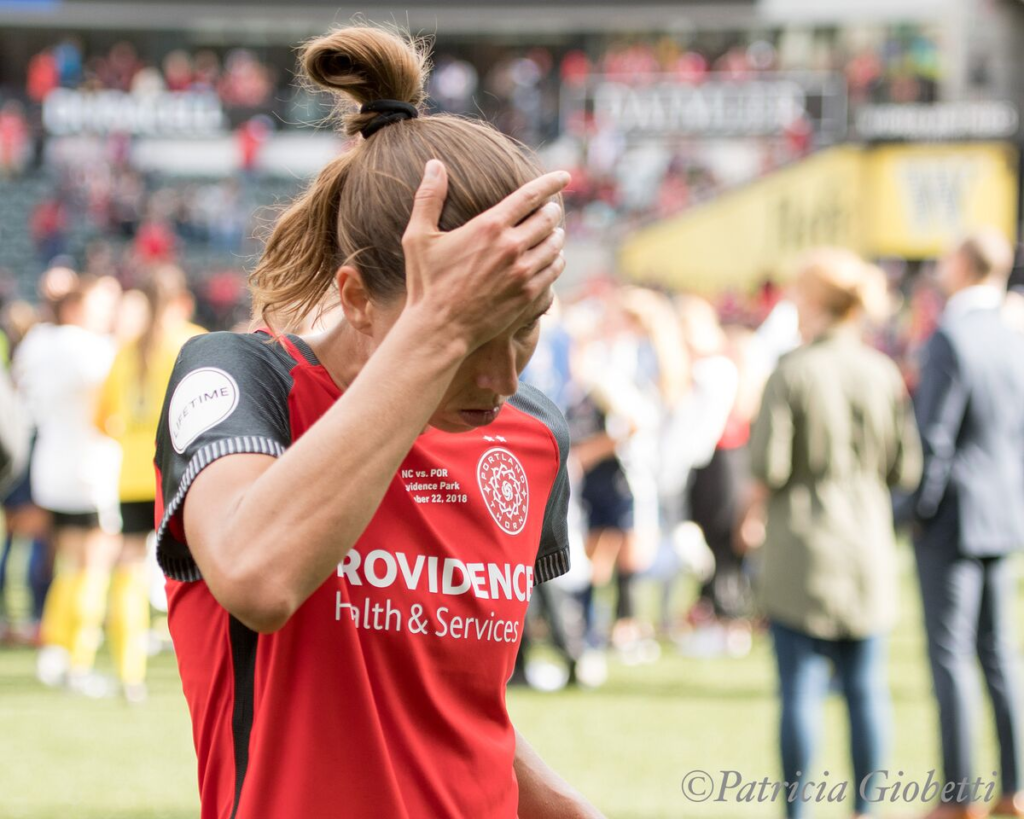 PORTLAND, Or. — Loose. Relaxed. Confident. Going into this match, the Portland Thorns had every reason to believe they would emerge victorious. They were in fantastic form, they had the not-insignificant home field advantage and backing of 20,000 fans, and they were facing a team who was coming off three days’ less rest and who did not look their best in their semifinal.

After their 3-0 loss, they didn’t quite know what to think. “I think we just lacked the final finish, the final pass, and had a little bit of breakdown of quality right at the end,” said defender Meghan Klingenberg.

A 3-0 score in soccer is considered to be a pretty dominant performance, especially in a high-stakes game such as a championship, and that’s what it was from the Courage. However, we can’t say Portland was bad, minus a few miscues. The Courage are simply too good. Here are three thoughts.

All season long, Portland has demonstrated their ability to come from behind or emerge the better team in the second half to break a scoreless draw. In their last two matches, both against Seattle, the Reign scored an early goal only for the Thorns to come roaring back to take complete control and win.