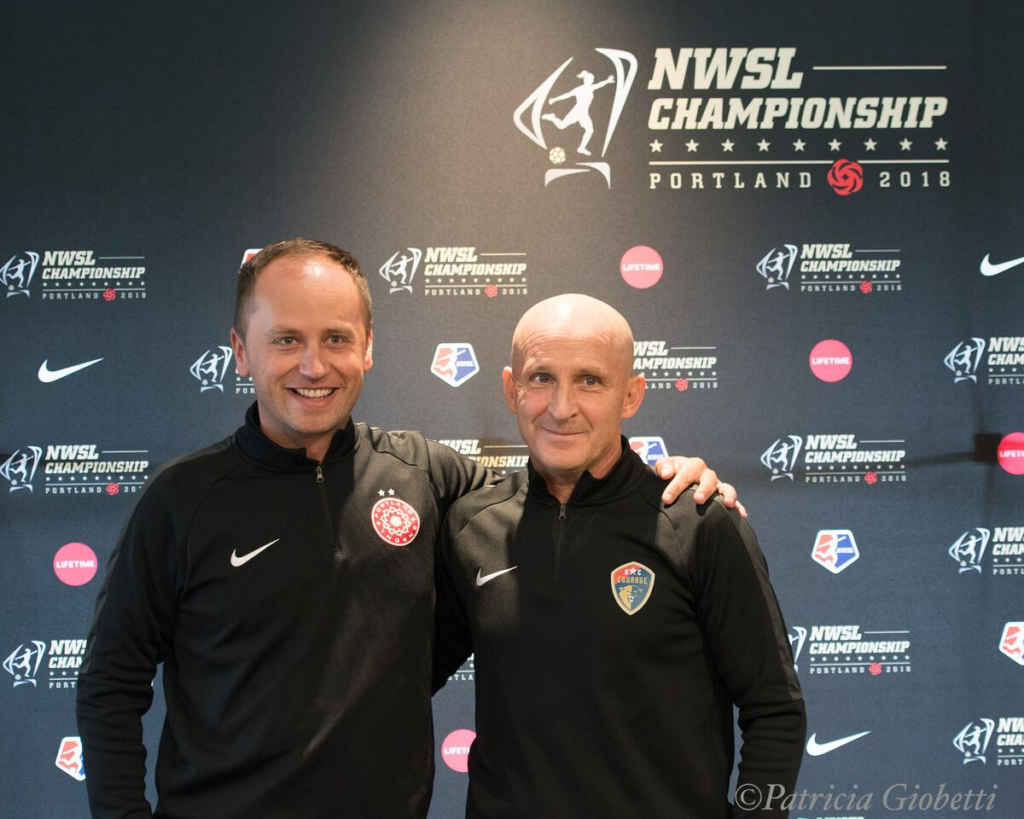 PORTLAND, Or. — For the first time since the North Carolina Courage and Portland Thorns FC set up their NWSL Championship rematch, the respective coaches met the media. Inevitably the conversation turned to last year’s hack-fest, and to the surprise of no one, the two coaches had differing views.

“We tried to play, I just hope Portland comes to play,” Paul Riley, of the Courage, said. “They didn’t last year. It was a physical game last year. I think 90 percent of it was coming from their side of it. We lost two players in the first half.”

Riley was referencing injuries to Taylor Smith—pushed down from behind by Tobin Heath—and Kristen Hamilton—tackled awkwardly by Heath in the 36th minute. The injuries forced the Courage to burn two early substitutes and left them to play Makenzy Doniak as the makeshift right back for more than a half.

“There should have been a couple of red cards,” he said, not necessarily referring to the incidents which left players injured. “I think it was a poor refereeing display. Hopefully this year there will be a stronger referee. There will have to be in this kind of cauldron.”

Mark Parsons of the Thorns, speaking second and given a chance to counter, had his own take.