The North Carolina Courage have run roughshod over the National Women’s Soccer League in 2018, winning the NWSL Shield by a 15-point margin and earning yet another appearance in the NWSL Championship after a 2-0 victory over the Chicago Red Stars on Tuesday night.

Among the many keys to North Carolina’s success are an unmatched level of athleticism, an incredibly deep roster, and some of the most technically gifted players in the league.

But another, and largely unappreciated, factor is the Courage’s unique tactical approach as a result of Paul Riley’s box midfield. 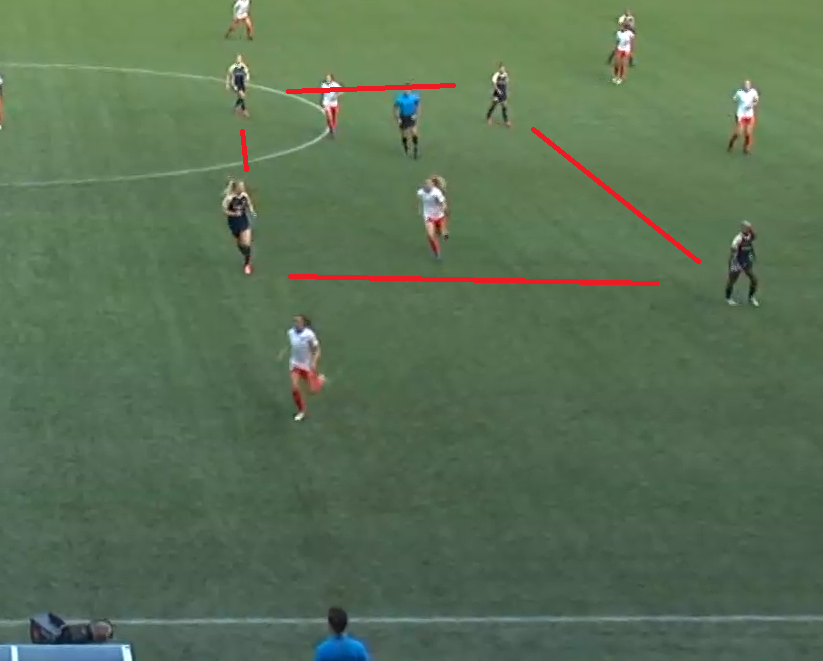 In the set-up, North Carolina lines up in a 4-4-2 with four in the back and two up front, but plays all four of its midfielders in a square in the middle of the field and no wide players in either of its front two lines.