Crystal Dunn is at peace with her versatility, and we should be, too 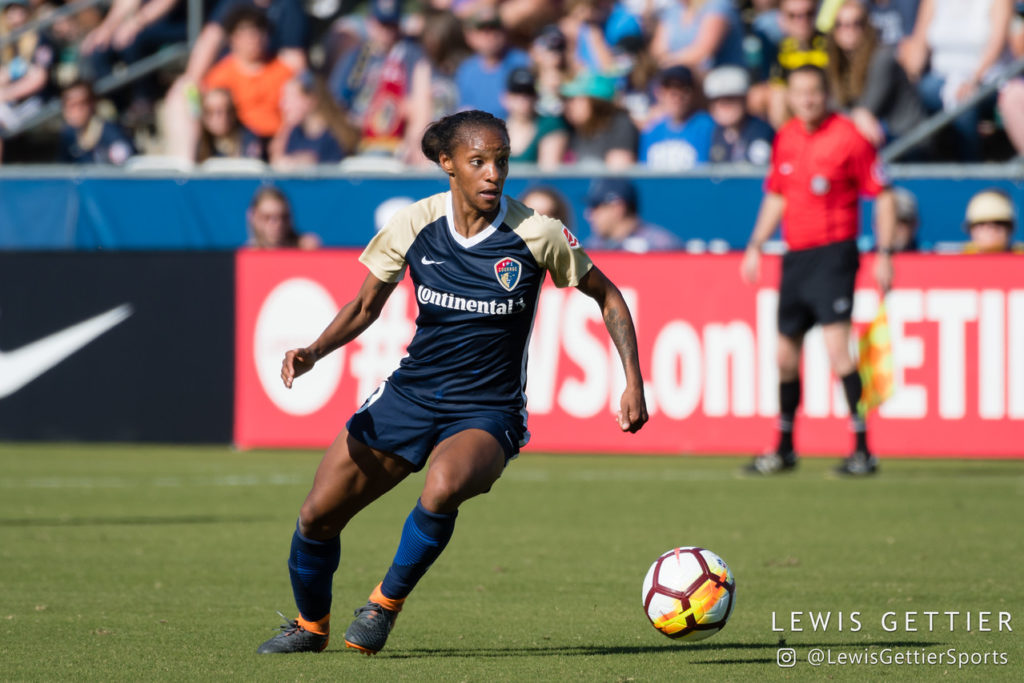 Somewhere along the way, we lost perspective with Crystal Dunn – we being the outside world.

There was little question that she was headed for success, but there was a burning question – an impatient question, perhaps – about how that success would come about. Is she a fullback or a forward? Or is she a midfielder? Paul Riley is Dunn’s coach now, with the North Carolina Courage, and first coached her when she was a teenager in New Rochelle, N.Y. Back then, Dunn was a raw talent – the fastest player on the field and willing to take players on 1-v-1.

U.S. head coach Jill Ellis tried a then 22-year-old Dunn at fullback in the buildup to the 2015 World Cup. Dunn was the final cut from the 23-player roster. Devastated, she regrouped and turned in an MVP season with the Washington Spirit – at forward. Cue the debate.

Versatility has long been something celebrated. It’s especially helpful in trying to earn a place on a World Cup or Olympic roster. Dunn, unlike in 2015, is a virtual certainty to be on the U.S.’ roster for the 2019 World Cup (assuming qualification next month). Her versatility remains one of her strong suits, but it has also become a fixation of the conversation around her. It’s difficult for it not to be; during one U.S. match this year, she played three different positions. But amidst the distraction of that narrative, it’s important to acknowledge that Crystal Dunn keeps getting better.

Access the best women’s soccer coverage all year long
Start your FREE, 7-day trial of The Equalizer Extra for industry-leading reporting and insight on the USWNT, NWSL and beyond.
Subscribe
Existing Users Sign In Here
Related TopicsCrystal DunnExtraFeatured