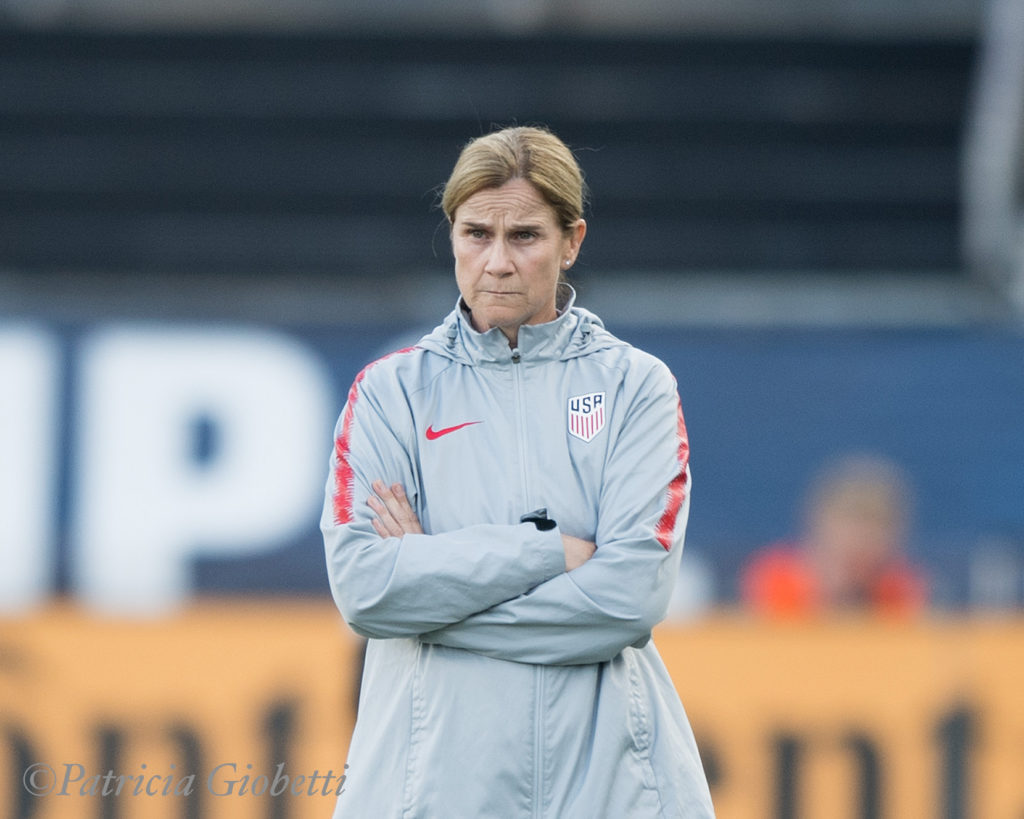 The USWNT won this competition in 2014, defeating Mexico in the semifinal to qualify for the 2015 Women’s World Cup, before taking down Costa Rica 6-0 in the title game (Photo Copyright Patricia Giobetti for The Equalizer)

Today, USWNT head coach Jill Ellis named her 20-player roster to compete in the 2018 Concacaf Women’s Championship that will take place from October 4-17 at three separate venues across the U.S. Ellis’ squad will open up on October 4 in Cary, North Carolina against Mexico with a spot at the 2019 FIFA Women’s World Cup in France on the line.

The 2018 Concacaf Women’s Championship features eight teams that are split into two groups of four teams each. The top two finishers from each group will play in two semifinal matches on Sunday, October 14. The two finalists and the winner of the third-place match will be Concacaf’s three qualifiers for the 2019 FIFA Women’s World Cup in France. The fourth-place team will have the opportunity for qualification via a two-game playoff against Argentina, which finished third in South American qualifying, where the winner will receive the final berth to the tournament.

After their opener against Mexico on October 4, the USWNT will take on Panama on October 7 and will finish out group stage play against Trinidad and Tobago on October 10. Sahlen’s Stadium at WakeMed Soccer Park in Cary, North Carolina will be home to all Group A matches.

“We feel really good about the process that has gotten us to this point, and the final selection of this group,” said Ellis in U.S. Soccer’s official release. “We’ve had a couple of injuries recently, but the depth of our pool is excellent, and I have confidence that each of the 20 players will perform at their highest level when called upon in these games. Our group is prepared and highly motivated to earn the right to be a part of France 2019.”

The most interesting inclusion on the qualification roster is UCLA’s Hailie Mace. Mace is replacing Stanford’s Tierna Davison who suffered a serious ankle injury. Mace, a senior at UCLA with two senior USWNT appearances to date, is the least-capped player on Ellis’ squad. Noticeably missing from the roster is midfielder McCall Zerboni who was not available for selection due to an elbow injury that she sustained in her last USWNT match, causing her to not only miss qualification but also the NWSL playoffs with the North Carolina Courage. Of the 20 players named to the roster, 11 of them were World Cup champions back in 2015.