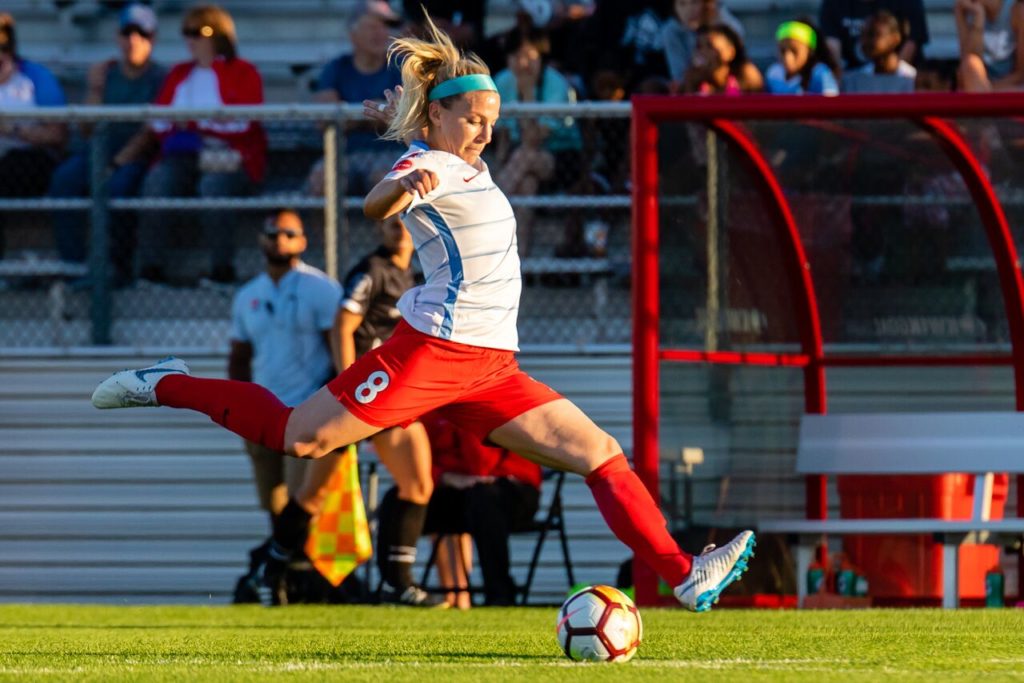 It’s in an unexpected location and under less than ideal circumstances, but the second semifinal is finally here. If any two teams were best made for gritting it out, it’s Chicago and North Carolina, so they’ll have to make the best of it and take their futures into their own hands regardless of what Mother Nature throws in their way.

History is on the side of … well, no one, really. The Red Stars are one of the few teams able to boast of holding the 2018 Courage to a draw, and they did it twice. However, in between those 1-1 matches was a 4-1 pounding from North Carolina. With three days less rest than the Thorns, who the winner of this game will face on Saturday for the championship, both sides are going to want to avoid extra time, so being the first to score is key. No one wants to chase the game. This would favor North Carolina, as the Red Stars never won this season when conceding first.

However, I’m not expecting either side to walk out of this with a shutout. These sides boasted the best and third best offenses in the league this year, and although both have very good netminders, neither team plays with a compact enough backline to keep the likes of Sam Kerr and Lynn Williams from getting in behind, asking much of the keepers. This game is built for counterattacks and crosses from the flanks, so keep an eye on the outside backs, particularly Arin Gilliland and Jaelene Hinkle, which could be an excellent matchup.

The hero of last year’s semifinal against Chicago, the midfielder has been asked to play different roles this year, particularly moving deeper in the absence of either McCall Zerboni or Sam Mewis. An attacking midfielder by trade, she’s been surprisingly good as more of an eight, picking the pockets of her opponents and proving a nuisance to anyone in her way. The effectiveness of her work with Mewis in the center of the park will allow Debinha and Crystal Dunn the freedom to roam and attack up top.

Ertz made a return to defense this year out of necessity after proving herself a force to be reckoned with as a defensive midfielder. She hasn’t missed many beats, which is good because she’ll have to be on her toes against a team that outscored the league’s second most potent offense by 13 goals. The key here is forcing them to take their shots from outside the box. The Courage have been able to overcome their finishing issues in 2018 by the pure number of chances they create, but naturally it’s inside the box where they are most dangerous – 81% of their goals were scored from inside.