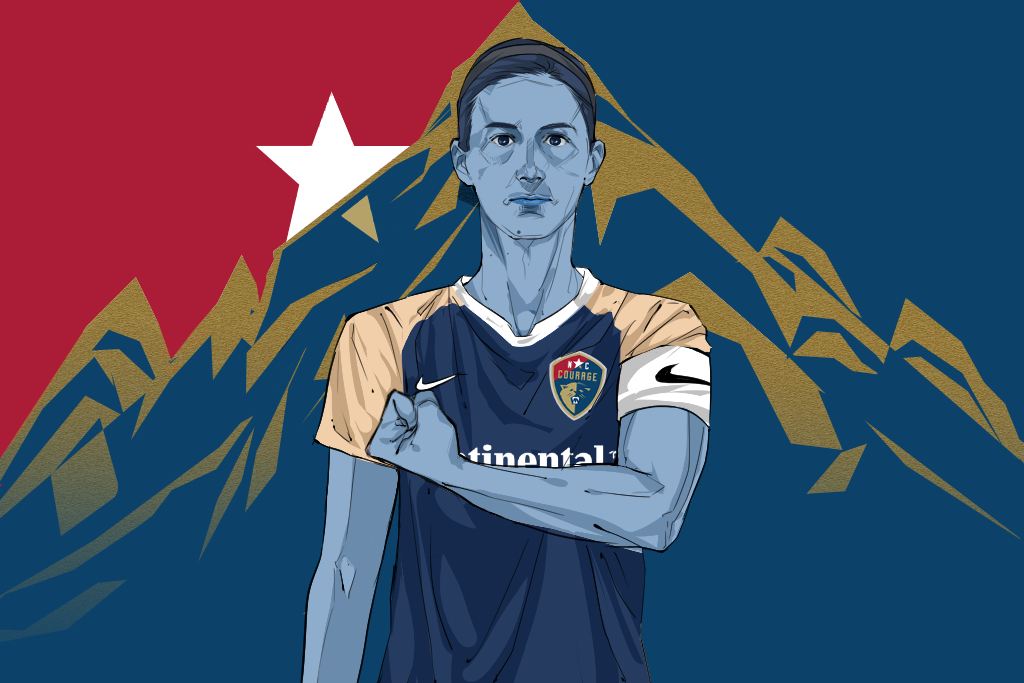 The North Carolina Courage are not about to sneak up on anybody. Not after setting league records for wins (17), goals (53), points (57), goals against (17), and losses (1). Their roster is stocked with top players, including former MVPs Lynn Williams and Crystal Dunn, 2018 MVP candidate McCall Zerboni, plus last year’s Defender of the Year, Abby Dahlkemper.

There is one player, however, who does not get the accolades of her teammates, even though she wears the captain’s armband and never came off the field in 2018. That player is Abby Erceg.

“Every thing she does are things that a leader should do,” goalkeeper Katelyn Rowland says of Erceg, who is referred to almost exclusively around the team as “Kiwi.”

Erceg arrived at the Courage at the perfect time. They were still the Western New York Flash when she was traded from the Chicago Red Stars. It had been a difficult time in Chicago, a team Erceg readily admits was not the best fit for her. She arrived in Western New York expecting to play for fellow New Zealander, Aaran Lines, but about six weeks after the trade, Lines stepped down.

“He told me he wanted me to be there a couple of years prior, but I was in Germany at the time,” Erceg says about Lines. “I just couldn’t commit to coming over. He got me here eventually, even it wasn’t under him.”

The Flash eventually hired Paul Riley, who made Erceg the team’s captain.

Many of the team’s current stars were in their first two seasons in the NWSL, or in some cases not yet with the club. Riley knew he had a talented squad, but needed a calming presence to be the leader.

“Her voice is one that everyone listens to,” Rowland, who was acquired during the 2016 season, says.

Access the best women’s soccer coverage all year long
Start your FREE, 7-day trial of The Equalizer Extra for industry-leading reporting and insight on the USWNT, NWSL and beyond.
Subscribe
Existing Users Sign In Here
Related Topics2018 NWSL PlayoffsExtraFeatured

Monday Roundup: FIFA releases first women’s transfer report
A healthy DiBernardo is the constant in all the Red Stars’ successes