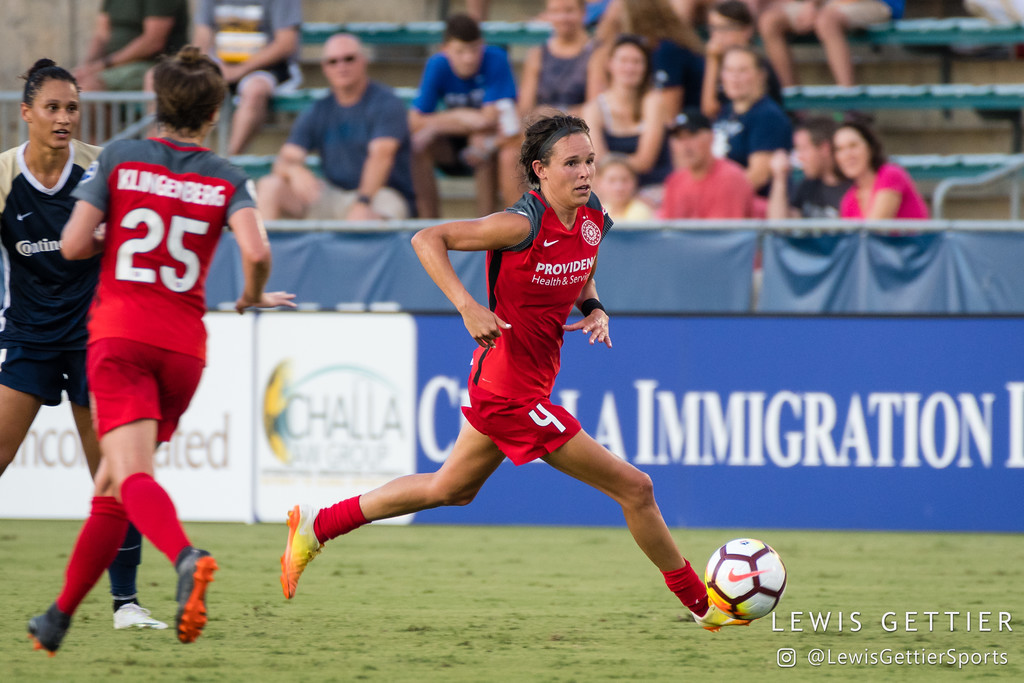 Why Emily Menges is always running

Why Emily Menges is always running

PORTLAND , Ore. — or two years in a row, Portland Thorns FC had the strongest defense in the NWSL, conceding a league-leading 19 and 20 goals in 2016 and 2017, respectively. That back line was anchored by the center back pairing of Emily Sonnett and Emily Menges. Although Sonnett—the much-touted first-overall college draft pick in 2016, who’s been in and out of the national team since her professional debut—is probably the better-known member of that pairing outside Portland, anyone who has regularly watched the Thorns knows that Menges has been one of the most consistent, reliable center backs in the league over the last three years.

In 2018, Menges has not been perfect. But the course her season has taken very much paralleled the one the Thorns season as a whole has taken—and whether or not the Thorns can repeat as league champions in 2018 is going to rest in no small part on whether the defense, Menges included, continues a run of good form.

The ending to the Thorns’ 2018 season is still, obviously, unwritten, but whatever its final chapter, the theme hanging over the team for the bulk of the year has been inconsistency in the lineup, a trend that’s been especially hard on the defense.

Between injuries to Menges, Sonnett, and Adrianna Franch, as well as other absences further up the field, Portland wasn’t able to field their first-choice back line and keeper combination—which includes Sonnett and Menges central and Franch in goal—until June 16. The shuffling continued beyond Menges’ debut on May 12, between another brief injury to her, Klingenberg’s one-game suspension, and the Tournament of Nations absences. All told, the Thorns have fielded twelve unique defensive setups; between March and August, they never started the same group in the back for more than two consecutive games, and they only had consistency between any two games on two occasions in that stretch…

Access the best women’s soccer coverage all year long
Start your FREE, 7-day trial of The Equalizer Extra for industry-leading reporting and insight on the USWNT, NWSL and beyond.
Subscribe
Existing Users Sign In Here
Related Topics2018 NWSL PlayoffsEmily MengesExtraFeatured