Christine Sinclair is redefining her greatness 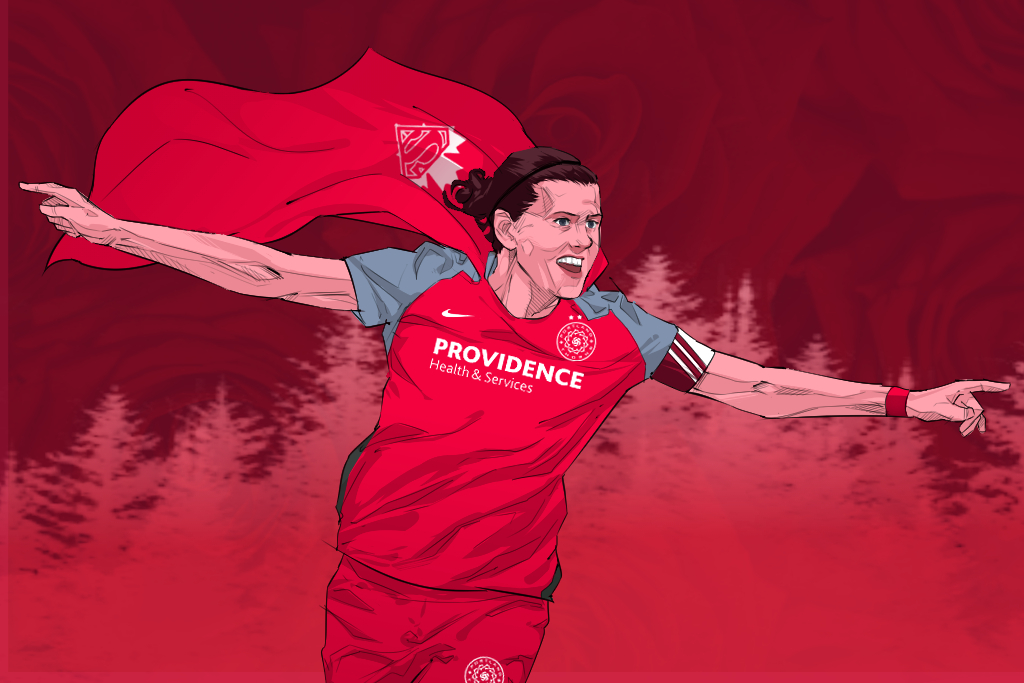 Christine Sinclair will very likely go down as the greatest goal-scorer in international soccer history. She is 11 goals shy of Abby Wambach’s recently-set record of 184, and could own the title by this time next year.

Sinclair has long been known as an outstanding striker – a pure finisher with a nose for goal, for club and country. She is a ferocious competitor who is responsible for one of the greatest individual scoring efforts in the history of the game – her hat trick in the 2012 Olympic semifinal loss to the United States, which will forever be overshadowed by the result and the controversy.

There’s nothing overt about why ‘Sinc’ is so dominant – she’s fast but not outrageously so, strong despite a lanky frame. Her game is nuanced, centered around doing all the right things, all the time. The most succinct way to describe her is as the model No. 9 for nearly two decades– a striker in every sense.

Now, at 35 years old and in her sixth season with Portland Thorns FC, that description isn’t so simple. In fact, it’s outdated. Christine Sinclair has reinvented herself.

Access the best women’s soccer coverage all year long
Start your FREE, 7-day trial of The Equalizer Extra for industry-leading reporting and insight on the USWNT, NWSL and beyond.
Subscribe
Existing Users Sign In Here
Related Topics2018 NWSL PlayoffsChristine SinclairExtraFeatured

Rapinoe, Bird pave parallel paths to greatness in their adopted city of Seattle
Recapping all 19 games from NWSL’s one true rivalry