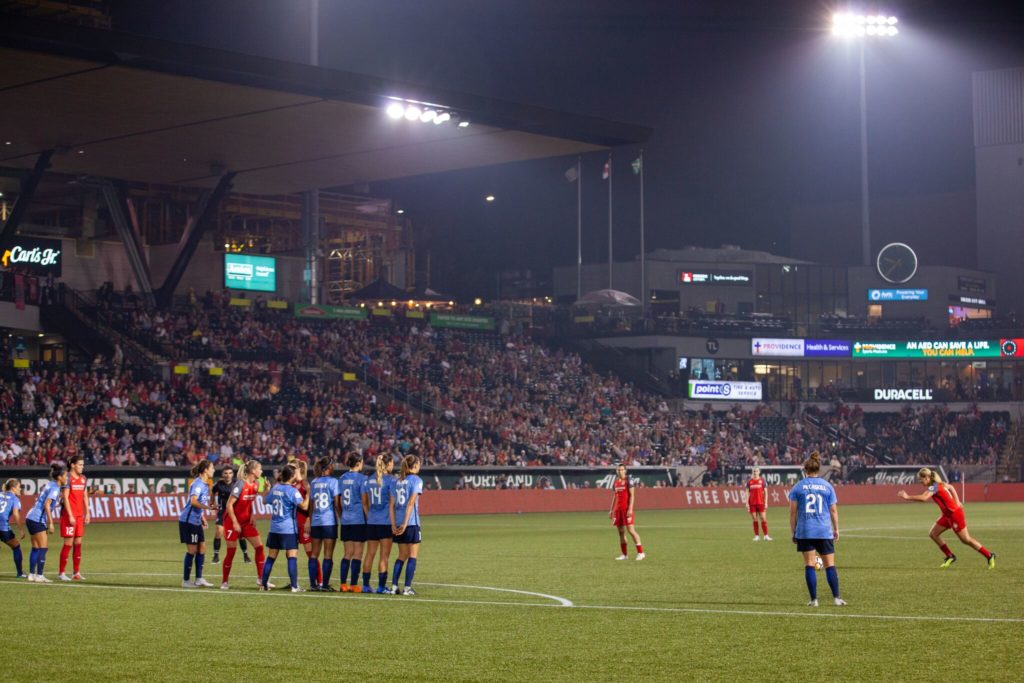 Hurricane Florence wins. After days of mulling things over, the National Women’s Soccer League has decided to move the North Carolina Courage’s semifinal against the Chicago Red Stars to Tuesday night in Portland. The game will be broadcast on ESPNews at 9:00 p.m. EDT.

As of late Thursday the storm was already smashing over the Outer Banks and preparing to wreak havoc on the coastal areas of North Carolina. Despite a southward turn of the forecast that has Cary and Sahlen’s Stadium outside the worst of it, it was deemed untenable to try and play the game there.

The change of venue means that for the first time, the entire NWSL playoffs will be decided at a single venue. Portland Thorns FC are hosts of the other semifinal, Saturday afternoon against Seattle Reign FC. Portland will then host the NWSL Championship, as set up earlier this year, on Saturday, September 22.