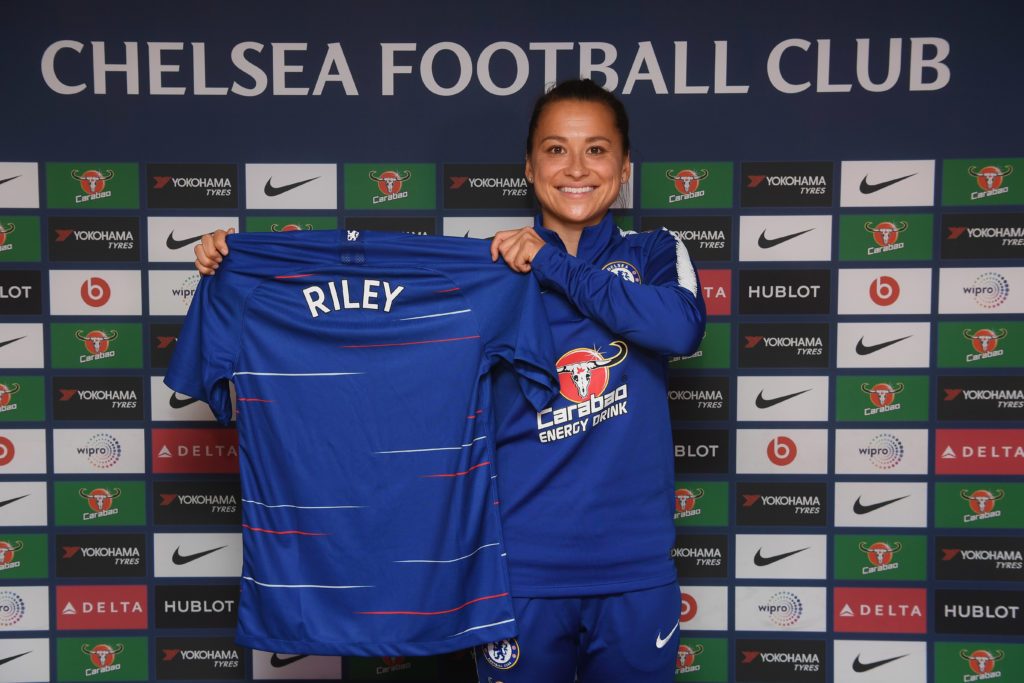 When California native Ali Riley played against Chelsea for her then Swedish club, FC Rosengard, in the UEFA Women’s Champions League last year, it was an opportunity to see up close how far English teams had come – and just how good her future club was.

Chelsea won 4-0 over two legs in the round of 16, and Rosengard were well and truly outplayed, especially in London, where the Blues controlled the match from start to finish to win 3-0.

Having spent six years in a league that had offered her everything – a professional contract, stability, and a home – Riley realized that it was perhaps time to move onto a new challenge.

“If we (Rosengard) had won that game the same way they beat us, I don’t think I would have come here,” Riley told The Equalizer. “For me, women’s football is getting bigger and there are clubs growing faster than Rosengard and the Damallsvenskan as a whole. The English league is getting really strong, and that’s something I want to be part of. It was definitely an eye opener, and kind of got me thinking about making a move.”

For years, the Damallsvenskan attracted some of the world’s biggest names, with the likes of Marta, Christen Press and Pernille Harder all gracing the fields of Malmo, Gothenburg and Linkoping, respectively.

But the league, while still competitive, has lost a lot of its stars.

Access the best women’s soccer coverage all year long
Start your FREE, 7-day trial of The Equalizer Extra for industry-leading reporting and insight on the USWNT, NWSL and beyond.
Subscribe
Existing Users Sign In Here
Related TopicsAli RileyChelseaExtraFA WSLFeatured