Lauletta: Why the Thorns-Reign rivalry should have been played earlier 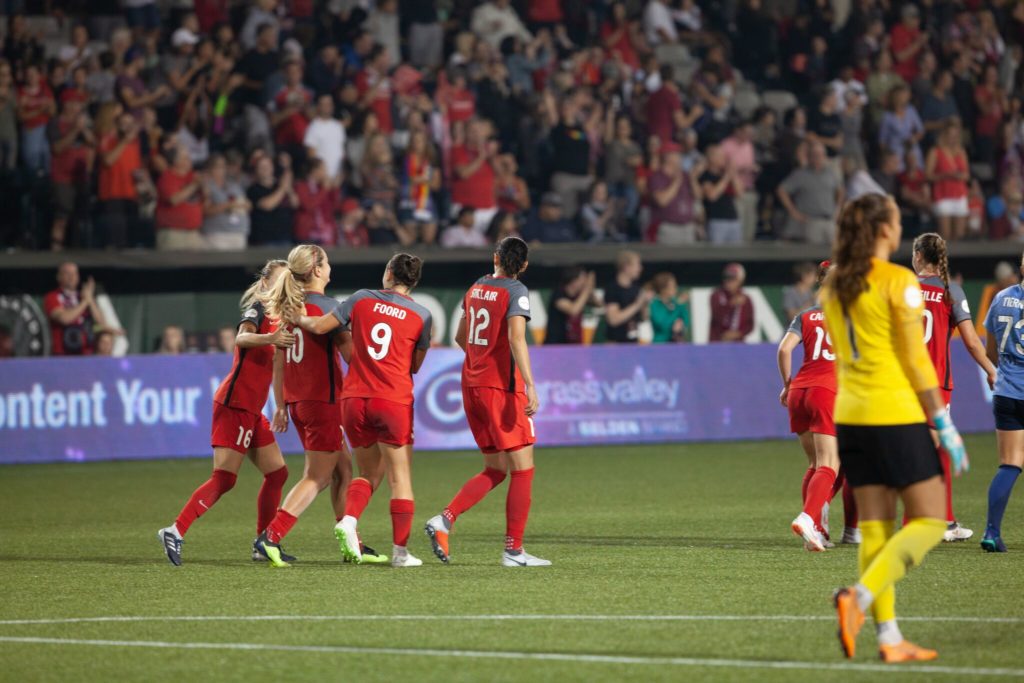 Let’s get one thing straight from the top. Friday night’s Portland Thorns FC–Seattle Reign FC match will be played in an electric atmosphere at Providence Park. It will be a grand showcase for the National Women’s Soccer League and a chance for Lifetime to promote the forthcoming playoffs. Women’s soccer matches in Portland are just different, and it is understandable why the league and A+E try to broadcast from there often, and why the NWSL Championship is returning there for the second time in four years of using a predetermined venue. Add to it that the teams and the cities don’t particularly care for each other, and it has all the makings of a super night of soccer.

But there are a few reasons I am not in favor of this as yet one-of-a-kind American WoSo rivalry being the final match for both squads.

One is that rivalry games such as this one carry enough weight to sell themselves, and thus in my opinion should not be presented as opening matches, final matches, or during any other time in the regular season when outside influences can hype a match. When Mia Hamm was single-handedly giving rival WUSA teams attendance boosts, it never made any sense for her Washington Freedom to be the opponents for any other team’s home opener. Why? Because at least in theory, the home opener is a match you can sell as an event, and visits from Mia were better served happening later in the season.

Thorns-Reign is a different scenario, as they face each other three times out of 108 league matches this season. But final matches are about qualifying for the playoffs, sorting the Golden Boot, resting for the playoffs, or, in extreme cases, a final chance to secure a first victory. Rivalry matches, for me, are best woven in to the narrative of the season on weekends.

EXTRA: Portland’s home-field advantage in 2018 isn’t quite what it used to be 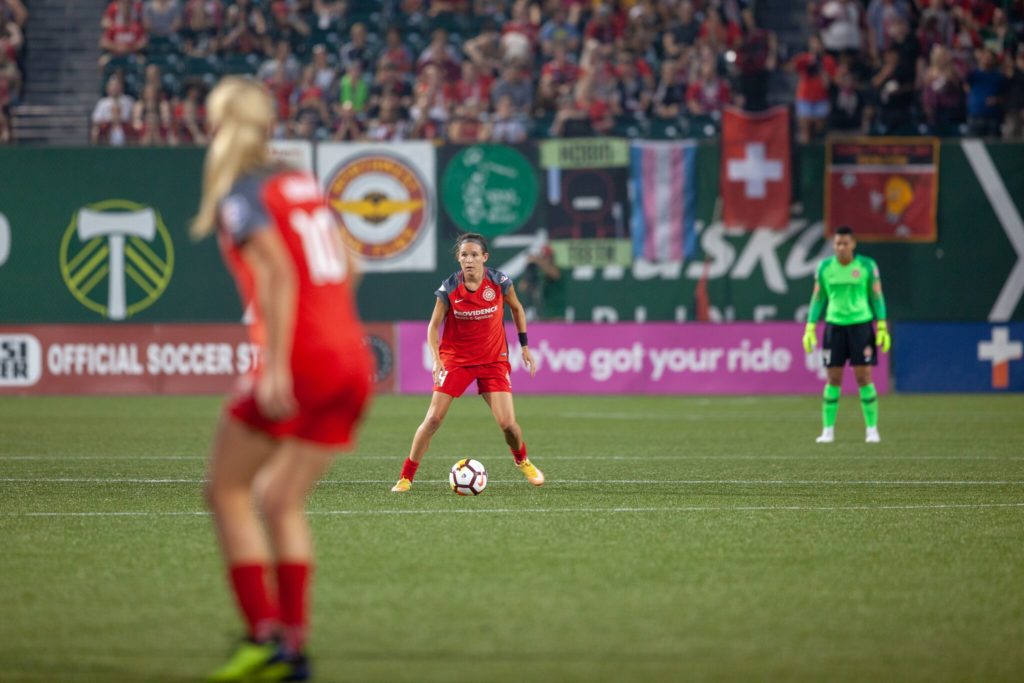 Keeping these sorts of matches off the final weekend also assures neither team is more motivated to rest for the playoffs than to run out the ideal lineup to gain or maintain bragging rights. And that leads us to the fact that whoever wins Friday’s match will host a semifinal the following weekend (the Reign will host if the teams draw). That’s a big deal, right?

I have long been of the opinion that as a sports culture we put way too much emphasis on home-field advantage. In five NWSL seasons, only twice has the home team won both semifinals, and the host lost the NWSL Championship both seasons before the format was changed. Every team wants to play at home, especially the Thorns, who are likely to draw in excess of 15,000 if it’s them. But adding to the equation for this one is the likelihood the same teams will play again in a week’s time. In fact, only a Thorns loss would even leave open the possibility of that not being the case, and even then it would require the Chicago Red Stars to beat Utah Royals FC the following day.

No matter the schedule, there will be a chance of teams playing in the final week to be matched up again in the semifinals. And when that happens, that final match has a tendency to be dull. When discussing Megan Rapinoe during a Wednesday conference call, Reign coach Vlatko Andonovski made it clear they were being as cautious as possible because the playoff game the week after is more important.

EXTRA: Can the Red Stars break their playoff curse? 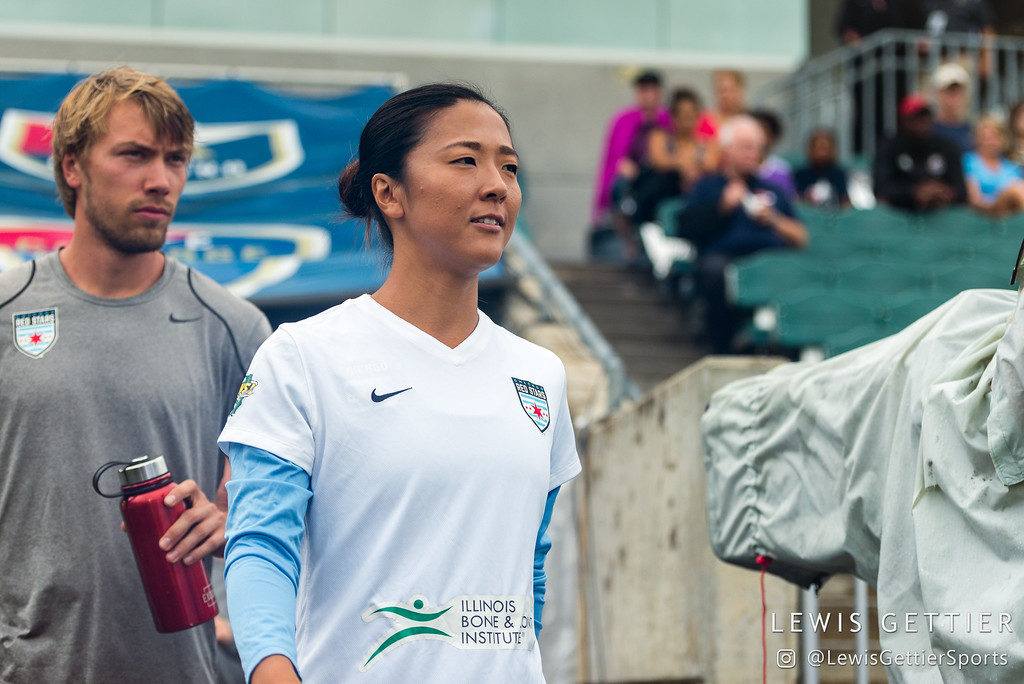 On the flipside, some of the most respected minds in women’s soccer disagree with my premise on this. Aly Wagner, color commentator for Lifetime/ESPNews, had this to say about whether the coaches would hold back.

“The advantage of having home field is massive, more so for Portland being at Providence Park,” she said. “I also think [of] the mental side of it, if in fact it is a rematch, as we anticipate. You want the upper hand mentally. As a player, you don’t ever try to control or limit yourself. I would be really shocked if there was any sort of gamesmanship in terms of not playing all your cards. Maybe there’s wrinkles in formations that either coach has up their sleeves, but I doubt it. They’re pretty up front with how each team approaches things and I think that mental edge is something both teams are going to be striving for.”

Thorns coach Mark Parsons kept his cards close to his vest as usual, but downplayed the match-up in general.

“My answer is going to sound like what everyone would say, but I really mean it; I truly believe it. It doesn’t add anything more or less, it doesn’t mean anything more or less, of who we’re playing on Friday,” he said. “We have had more players miss critical games and the challenges we’ve gone through, we’re fighting for a home playoff game. From the ups and downs we had earlier in the season, we fought our way back into this situation. We’re playing a really quality team, so I would sum up our preparation as just being focused. We’re ultra-focused on what we need to do. The way the group has prepared has been really inspiring.”

I’m not quite sure if Parsons was supporting my point or not, and that’s probably how he wanted it. I’m guessing most of the readers here do not agree with me, either. And who knows, maybe we’ll get back-to-back classics in the Pacific Northwest. But when the 2019 schedule drops, I’ll be hoping for these games to fall elsewhere on the calendar.

After rare home struggles this season, Thorns fighting to bring semifinal to Portland
NWSL Week 24 preview: Which Cascadia city will host a semifinal?