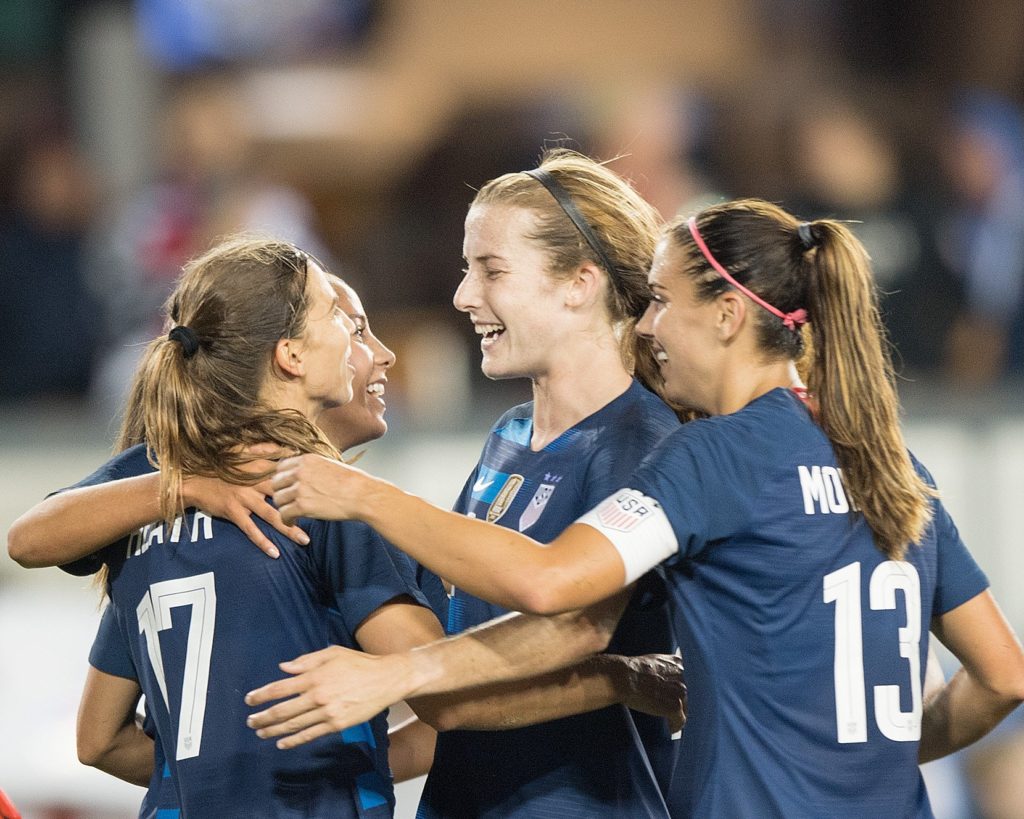 The United States women’s national team defeated Chile, 4-0 on Tuesday in San Jose, California. Carli Lloyd scored twice off the bench in the second half to add to first-half tallies from Tobin Heath and Mallory Pugh. The victory came four days after the Americans defeated Chile, 3-0, in the first game of the series.

Lloyd entered the match in place of Pugh to start the second half and scored on her first touch of the game, a diving header on a free kick delivered by Heath. Lloyd’s second goal came in one of the final touches of the match — an individual effort after a her pressure created a turnover from Chile. Lloyd now has 102 career international goals, passing newly-inducted Hall of Famer Tiffeny Milbrett for fifth in program history.

Goal No. 1️⃣0️⃣1️⃣ for @CarliLloyd.

Comes on at half, scores on first touch. pic.twitter.com/bLgspFHSOK

The match was the final time the U.S. will play before World Cup qualifying, which kicks off on Oct. 4. The Americans will face Mexico, Panama and Trinidad and Tobago in the group stage.

U.S. head coach Jill Ellis has juggled injuries to important players all year, and that may continue heading into qualifying. Midfielder McCall Zerboni started the match and went down injured just over a minute in. She was replaced by Morgan Brian. Casey Short, who has battled injuries this year, had to come off late in the match after an apparent ankle injury; she went straight to the locker room. The U.S. finished the match with 10 players, having already used all six available substitutions. Both Zerboni, with the North Carolina Courage, and Short, with the Chicago Red Stars — who clinched Tuesday — have the NWSL playoffs to worry about in just over a week.

Pugh opened the scoring in the 34th minute, eventually scoring after a penalty kick which she drew. Chile goalkeeper Christiane Endler saved Alex Morgan’s kick from the spot, but Heath hustled to the rebound and lobbed the ball back toward goal, where Pugh emerged from a group of blue jerseys for the finish.

Heath scored four minutes later, sending a shot off the bottom of the crossbar and in after the Brian and Tierna Davidson won consecutive headers in the box following a set piece.

Ellis experimented with combinations throughout the match, starting Davidson and Abby Dahlkemper at central defense, with Ashlyn Harris in goal. Kelley O’Hara also made her first appearance for the U.S. since March after a long battle with hamstring issues. Dunn replaced O’Hara at half-hour mark in a planned move to bring O’Hara back slowly.

Despite the the score being worse, Chile came out in a more conservative and more effective formation than it did in the first match, clogging up more space in the midfield which Rose Lavelle exploited on Friday. The Chileans, who are qualified for the World Cup for the first time, still failed to seriously threaten the U.S. goal.