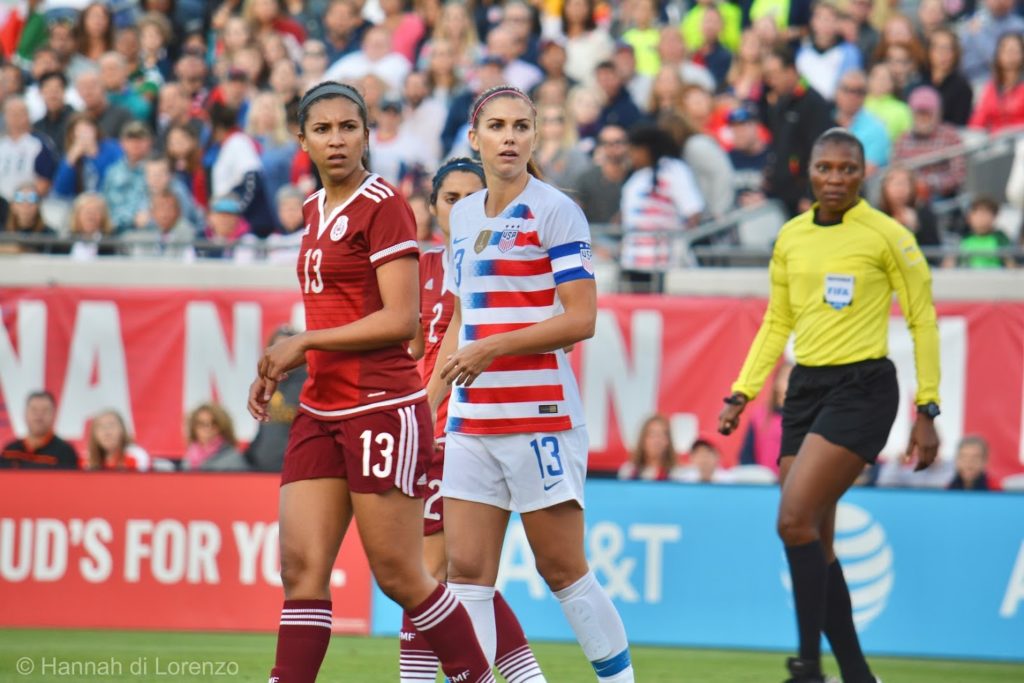 The United States will face Mexico, Trinidad and Tobago, and Panama in the group stage of Concacaf Women’s World Cup qualifying in Cary, North Carolina, in October. Group B, which will play matches in Edinburg, Texas, consists of Canada, Jamaica, Costa Rica, and Cuba.

The top two teams from each group will advance to the semifinals in Frisco, Texas, with the top three finishers overall qualifying automatically for the 2019 World Cup in France. The fourth-place finisher in Concacaf will enter into a playoff with Argentina in November for the final place at the tournament. Qualifying takes place from Oct. 4-17.

The U.S. and Canada were separated into groups A and B, respectively, at the outset of Tuesday’s draw. Mexico, the third-ranked team in the region, was drawn into the U.S.’ group where it will be expected to finish second and set up a likely semifinal with Canada. Mexico has qualified for the past two World Cups.

Canada and the U.S. have qualified for all seven World Cups, with the Americans winning the event three times, including the most recent tournament, in 2015. Costa Rica made its Women’s World Cup debut in 2015, when the tournament expanded from 16 to 24 teams.

Jamaica, Cuba and Trinidad and Tobago made the final round of qualifying after advancing trough Caribbean pre-qualifying. Costa Rica and Panama advanced out of Central American pre-qualifying. Each of those events wrapped up over the past week.

The complete schedule for October’s final round of qualifying is below. 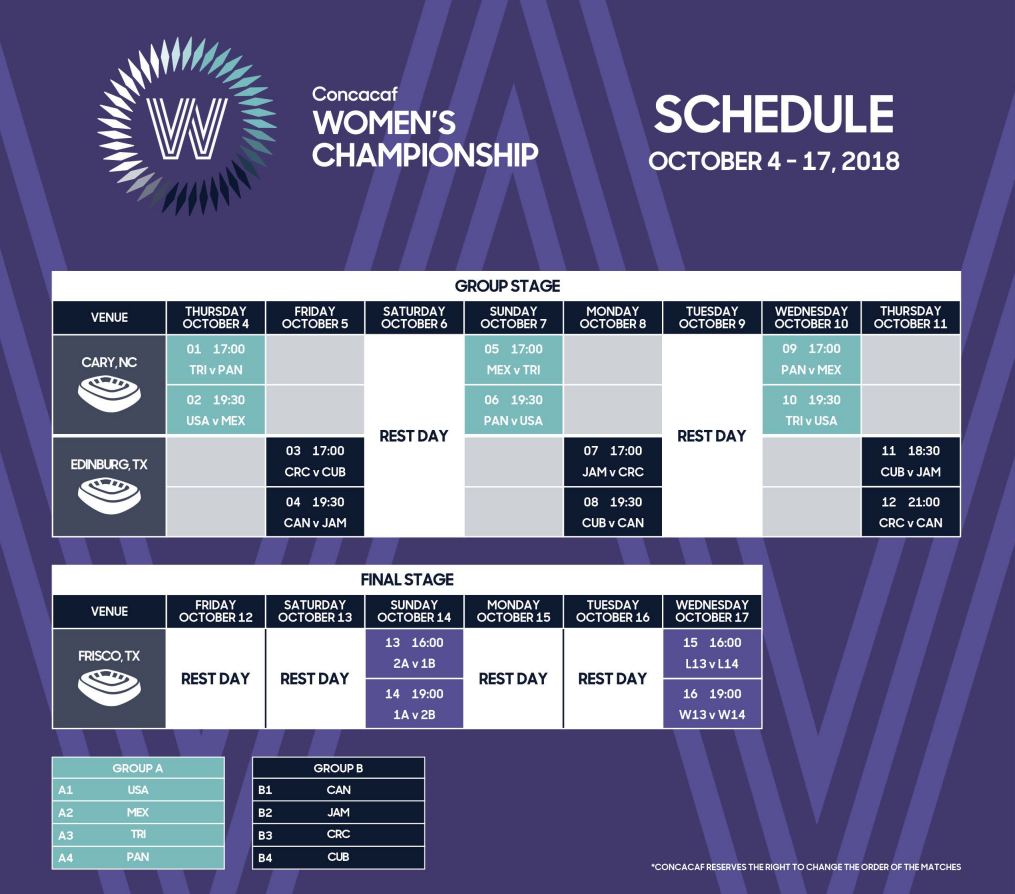