The United States women’s national team will embark on a two-game series against Chile beginning Friday at StubHub Center outside Los Angeles. The U.S. has never played Chile before, and most people watching are unlikely to have ever seen Chile play anybody. They have qualified for the World Cup for the first time, though, so it will be a good opportunity to test themselves against the world’s best — and for the U.S. to try and deal with an unknown opponent.

Here are three things to watch for over the two games, the second of which is Tuesday in San Jose, California. East Coasters, get your coffee brewing!

Press to be honored for 100 caps

Christen Press won her 100th cap on June 12 in Cleveland, but without the usual fanfare that has generally accompanied those before her who reached the century mark. Fast forward to Friday night and Press will get her just due as the 37th player to reach 100. She will be honored in Los Angeles, the area where she grew up.

The standard practice has been for the 100-capper to start and wear the captain’s armband. Megan Rapinoe had to withdraw from this camp due to a broken rib, so that appears to be an easy place for Press to slot into next to Alex Morgan and either Tobin Heath or Mallory Pugh. Jeff Kassouf wrote extensively on the front-line dynamics, but if Press is starting Friday night she should view it as an opportunity to make it difficult for Jill Ellis to take her out of the starting XI going forward.

KASSOUF: Why Mallory Pugh’s return is so important for USWNT 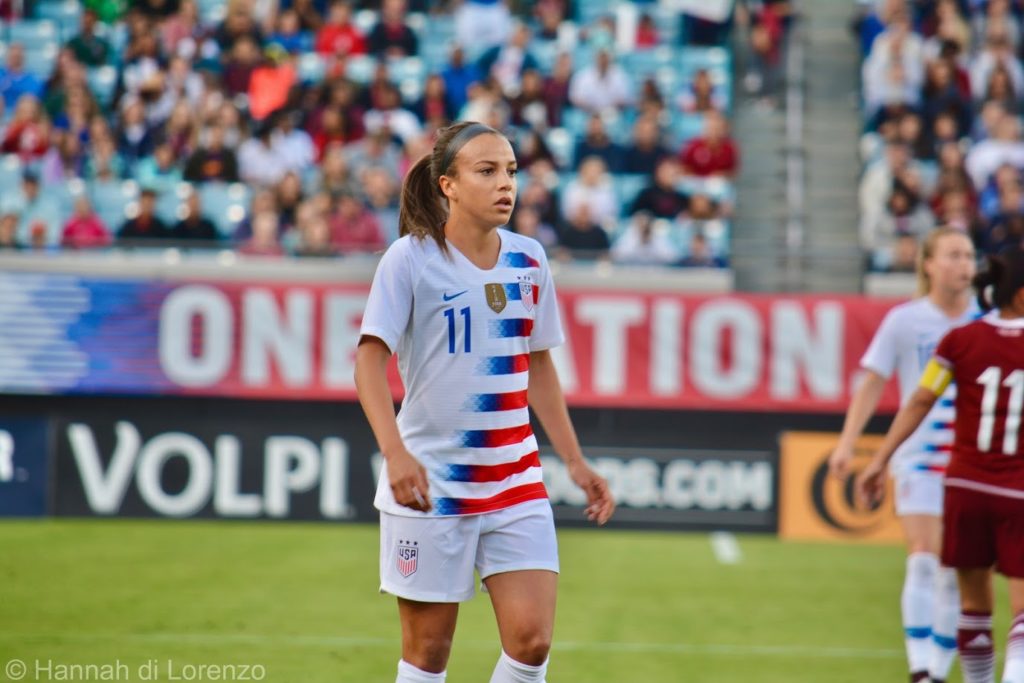 Through her now 103 caps, Press’ scoring output has been fantastic. She has 44 goals to put her at a rate of 0.43 goals per game. Making that number even more impressive is that Press has rarely been a 90-minute regular for the U.S. Her first 100 caps covered only 5,046 minutes. In a team that has been loaded with scorers, Press stands as one of the most naturally gifted to ever pass through the program.

The U.S. team has had a complicated relationship with milestones and hometowns of late, but for this one, they are honoring Press for reaching 100 caps and they are doing it in her hometown. That’s a win for the sentimentalists and should make for an enjoyable evening for Press.

How will Kelley O’Hara change the back line?

The biggest depth issue with the U.S. right now is at outside back. Kelley O’Hara missing the entire summer due to injury did more to accentuate that than it did to find much in terms of a solution. O’Hara is back in the team now and while it seems unlikely she will play 90 minutes, it is the beginning of Ellis’ final push to see what her fullbacks will look like heading through qualifying and into France.

O’Hara has been the player who cannot be pushed out of the team. From her roots as a forward to her transition to fullback — and some occasional cameos in midfield — she has been a quiet staple for the United States. Smart money says there is a starting spot with her name on it come the 2019 World Cup opener, with Crystal Dunn on the opposite side. Emily Sonnett has done enough as a stand-in right back to almost guarantee herself a position on the World Cup roster as a newly versatile defender. But Sonnett is more of a stay-at-home defender, and Ellis has been very open about wanting her fullbacks pushing as high as possible. 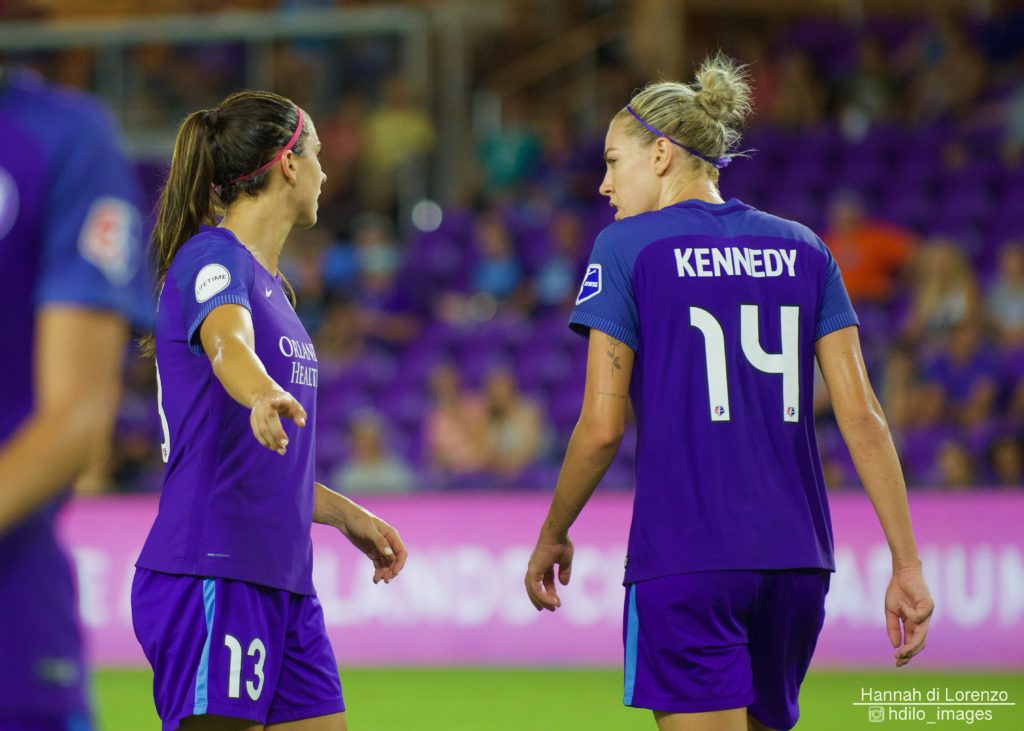 With Sonnett playing as a more conservative right back, Dunn has been free to play so high that at times she has looked like a striker. When/if she winds up playing with O’Hara, Dunn will need to balance out her forays forward. Sounds easy in practice, but the reality is that it could impact how Dunn plays and how effective she is getting higher.

Casey Short is the other player to watch at fullback. A brilliant individual defender, Short probably rates behind O’Hara and Dunn in terms of her ability to participate in the attack at the international level. If you’re trying to hold down a late lead, is there a defender you would want as a late substitute more than Short?

Repeating, though: O’Hara has only a few minutes of action with Utah Royals FC since her hamstring injury, so integrating her back into the lineup figures to be a work in progress.

What is really on the line with these matches

For the U.S., there are no substantial consequences to the results of these matches. The Americans will have the challenge of facing a new opponent which comes with its share of pitfalls no matter the level of quality. Both teams will then have a chance to make a few adjustments for the second match four days later.

The key factor coming out of this series could turn out to be health. We already touched on O’Hara, and Mallory Pugh is also in her first camp after missing the summer. Pugh is further along than O’Hara in terms of her minutes at the club level, and it would not be a surprise to see her start. In midfield, Sam Mewis appears to be playing without restrictions and should be in the mix to crack the regular starting lineup.

In central defense, it appears to be a battle between Abby Dahlkemper and Tierna Davidson for the starting role next to Becky Sauerbrunn. We’ll see how those minutes are distributed.

In goal, Ellis handed Alyssa Naeher all three games at both the SheBelieves Cup and Tournament of Nations, both times announcing as much beforehand. That is understandable thinking about the World Cup when the group stage includes three matches in short order. Is this a good opportunity to work in Ashlyn Harris or Adrianna Franch? Harris has had a dodgy season in Orlando and could probably benefit from some minutes behind a stronger back line. Franch is uncapped and it would seem counter-intuitive to send a keeper to the World Cup with zero experience.

As for Chile, they deserve full credit for scheduling these matches and they will serve as a great litmus test to see where they stand ahead of their first global tournament. Even if they get run off the park, we can use it as a barometer to see how much better they can get by June. 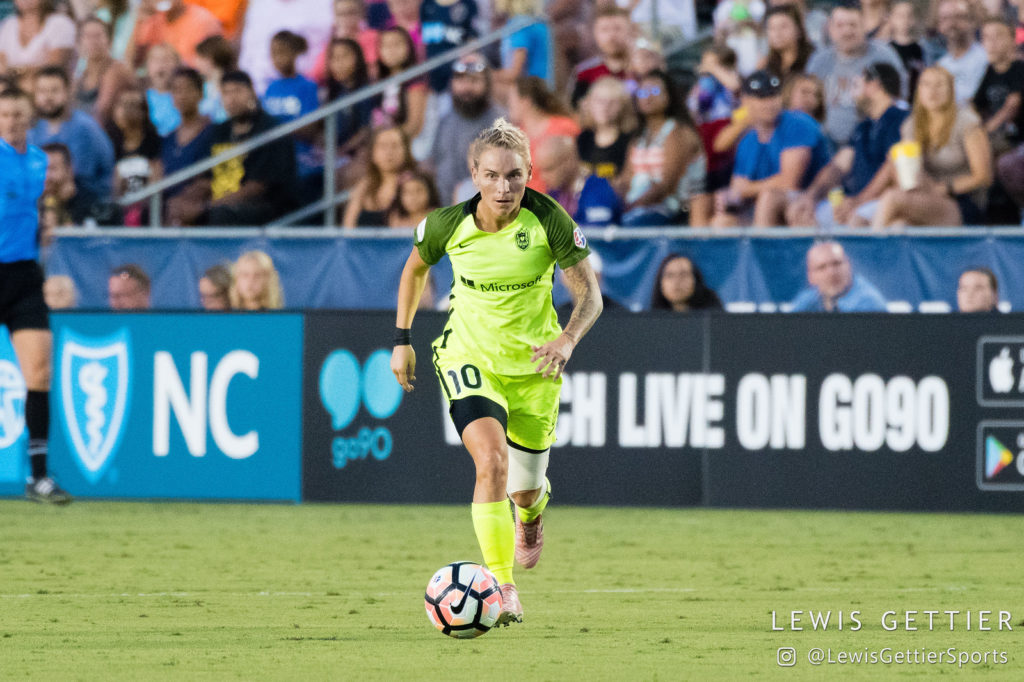 Seattle Reign midfielder Jessica Fishlock (10) during a match between the NC Courage and the Seattle Reign in Cary, NC in Week 15 of the 2017 NWSL season. Photo by Lewis Gettier.

The Lowdown: A wide spectrum of priorities as the NWSL regular season ends
USWNT wins a weird one over Chile