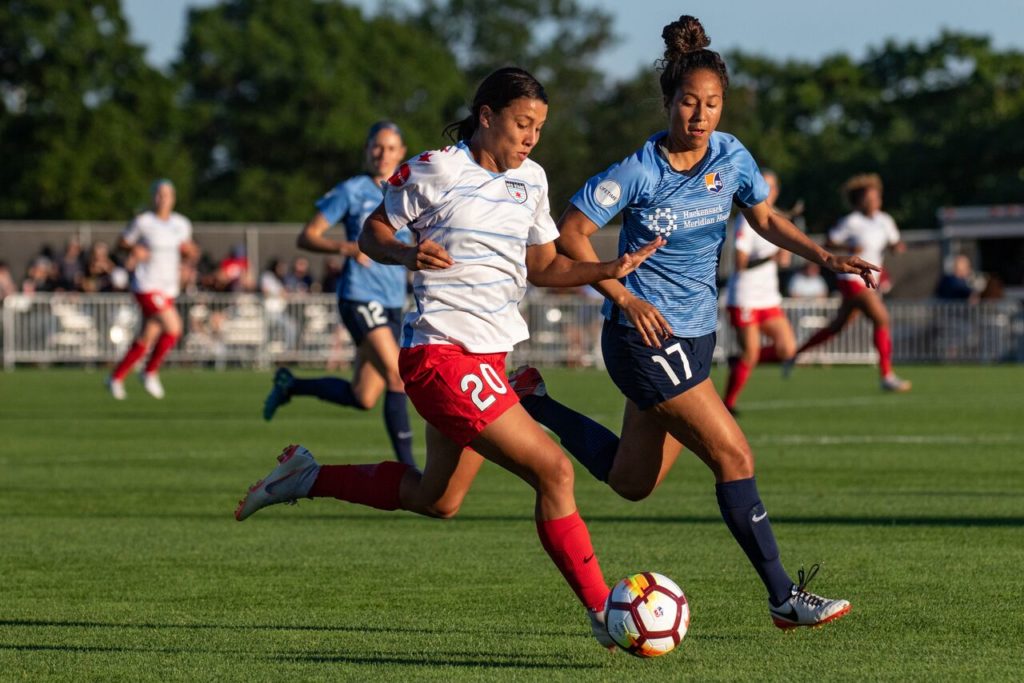 Sam Kerr was named the NWSL Player of the Month for August. (photo copyright Tom Salus)

The National Women’s Soccer League announced on Wednesday that Chicago Red Stars forward Sam Kerr had been named the NWSL Player of the Month for the month of August as voted on by the NWSL Media Association.

During the month of August, Kerr played all 360 minutes and put 11 of 29 shots on target. She also scored five goals and tallied one assist to help the Red Stars earn a crucial six points on the month to keep their playoff hopes alive.

Those five goals have also increased her season goal total to 14, putting her at the front of this year’s Golden Boot race, as well as in the conversation for league MVP, for the second year in a row.

The award is Kerr’s third Player of the Month honor and marks the fifth time the award has gone to a Chicago Red Star. 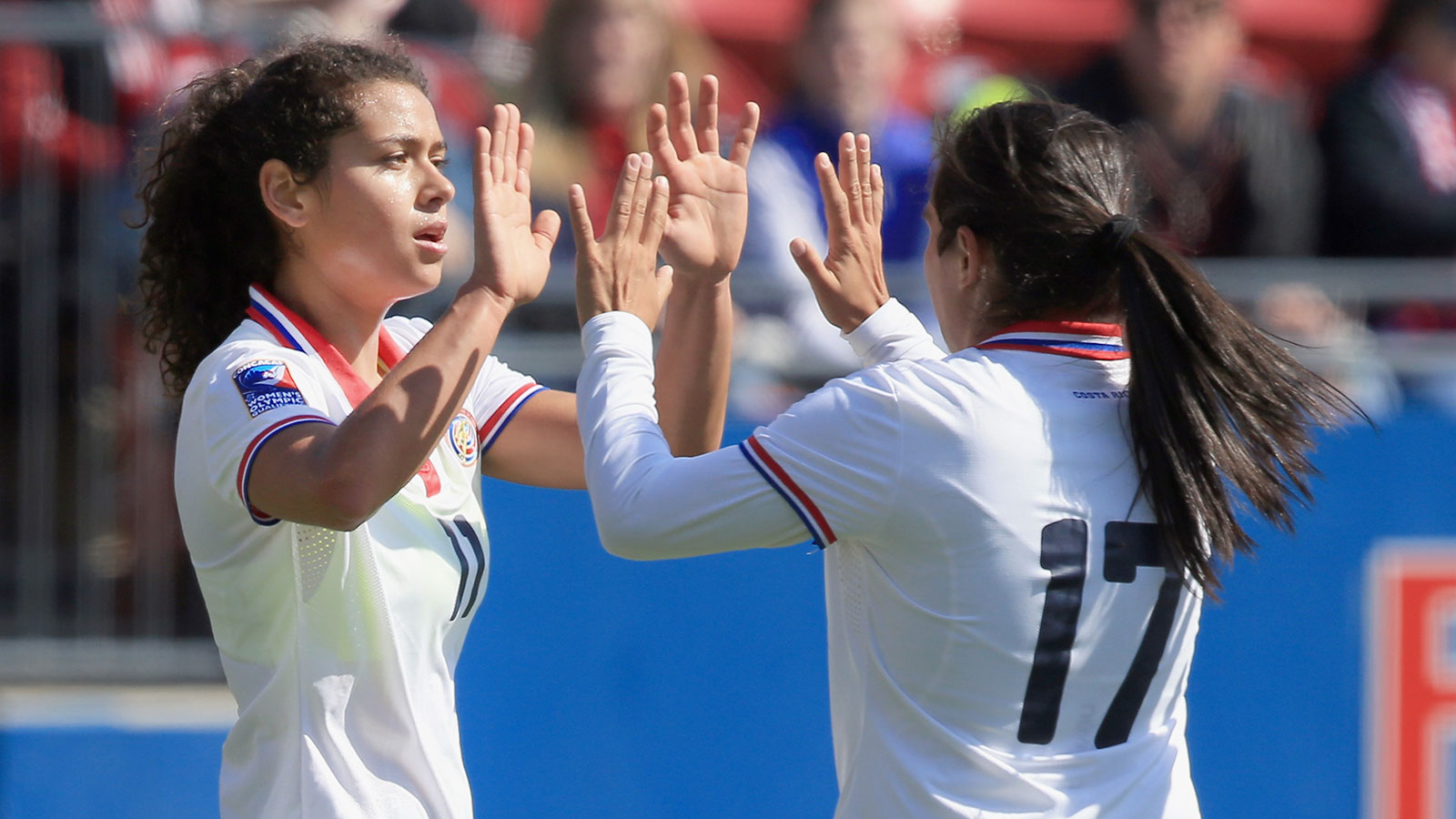 Costa Rica and Panama advanced to the 2018 Concacaf Women’s Championship (CWC), the confederation’s World Cup Qualifying tournament, with wins on Wednesday in the Central American Zone of CWC Qualifying.

Panama defeated El Salvador, 6-2, to make just their third appearance in the CWC. El Salvador took the lead through Damaris Beatriz Quelez Jimenez with less than 10 minutes left in the first half, but Natalia Didelka Mills Urrunaga and Karla Paola Riley Serracin responded for Panama in the 41st and 42nd minutes, respectively. El Salvador’s Brenda Damaris Ceren Delgado brought the score back level moments before the break, but four unanswered second-half goals, including a hat trick by Kenia Kristel Rangel Villareal secured the win for Panama.

The 2018 Concacaf Women’s Championship is from October 4-17 and will be held at Sahlen’s Stadium at WakeMed Soccer Complex in Cary, N.C. and Toyota Stadium in Frisco, Texas. The top three finishers will qualify for the World Cup, and the fourth place finisher will face Argentina in an intercontinental playoff.

The FA enters bid for England to host 2021 EUROs

The Football Association (FA) announced on Wednesday that they had entered an official bid to host the 2021 UEFA European Championship just ahead of the August 31 bid deadline.

“Our bid to host UEFA Women’s Euro 2021 reflects our strong commitment to supporting and growing women’s and girls’ football in England,” said CEO Martin Glenn in the FA’s official statement. “We have invested heavily in the women’s game in recent years and the opportunity to bring the tournament to England would represent a landmark moment for women’s football in this country.

“Our aim is to make UEFA Women’s Euro 2021 the biggest and best showcase for women’s football ever seen in Europe.”

The FA were motivated to enter the bid following England’s successful performance at the 2017 EUROs. The Lionesses reached the semifinal round of that tournament before being eliminated 3-0 by the Netherlands, who went on to claim the championship on home soil. During England’s semifinal run, at-home audiences peaked at over four million viewers in the United Kingdom.

England’s main competitors in hosting the 2021 EUROs are currently Austria and Hungary. UEFA will announce who will host the tournament on December 3.

The U.S. U-23 national team shut out Sweden, 2-0, on Wednesday in their opening match of the 2018 Nordic Tournament.

The Orlando Pride’s Rachel Hill put the U.S. on the board minutes before halftime, and Sky Blue FC’s Imani Dorsey scored the insurance goal in the 80th minute. Their attacking performance combined with that of Montpellier HSC’s Casey Murphy in goal earned the U.S. the shutout win and three points.

In the tournament’s second match of the day, England defeated the hosts, Norway, one-nil. Although both the U.S. and England have three points so far, the U.S. sit atop the tournament table thanks to goal differential.

The U.S. will next take on England on Friday, August 31, before closing out the tournament against Norway on Monday, September 3.

NWSL Week In Review: Which NWSL teams will rest players ahead of playoffs?
Up Close: Seattle Reign midfielder Jess Fishlock