Also in today’s roundup, Christen Press to be honored for 100th cap and Elise Thorsnes experiences roadblock in journey back to Norway. 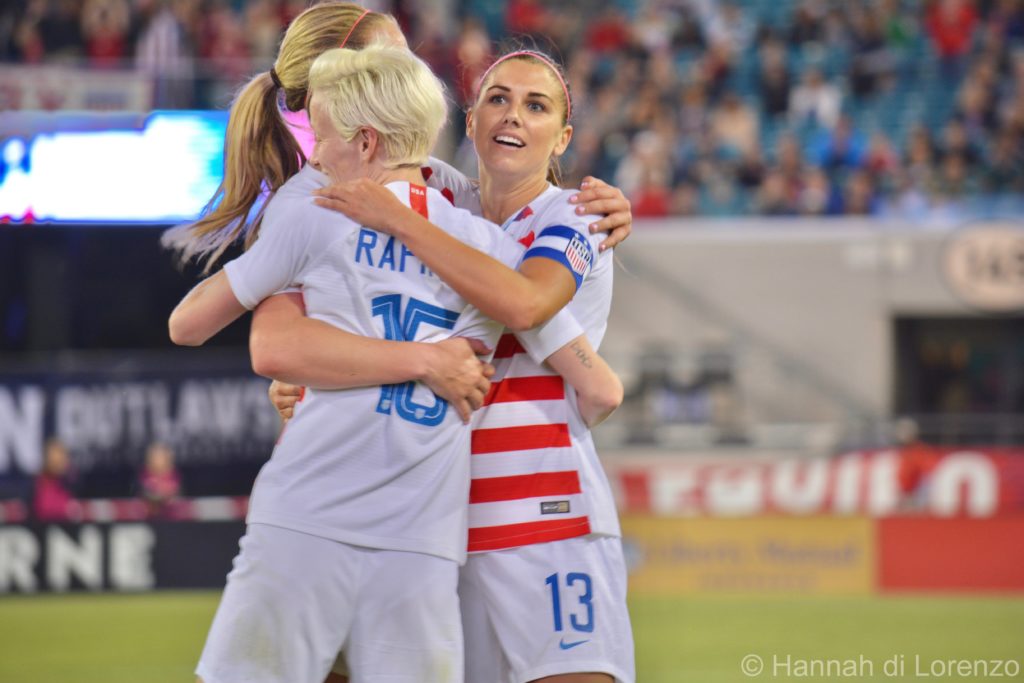 The U.S. sit comfortably atop the new Concacaf system of rankings. (photo copyright Hannah di Lorenzo for The Equalizer)

Concacaf, or the Confederation of North, Central America, and Caribbean Association Football, announced on Tuesday that they had launched a new ranking system for the senior women’s national teams in the region.

The ranking tool will update with each match result and will be key in determining qualification and seeding for regional and international championships from now on.

The new system’s calculating formula—developed by Concacaf in close cooperation with Hypercube, the company that helped developed the new men’s ranking system back in March—will be based on match results, with bonus points being awarded for performances in FIFA World Cups.

The United States tops the new Concacaf rankings, more than 3,000 points ahead of second-place Canada. Mexico, Costa Rica, and Trinidad & Tobago round out the Top 5.

Christen Press to be honored for 100th cap

Christen Press will be honored for her 100th cap before the U.S.’s Friday night match against Chile. (Photo by Lewis Gettier)

U.S. Soccer announced on Monday afternoon that Christen Press would be honored for her 100th cap ahead of Friday night’s match against Chile.

Press became the 37th player in U.S. history to earn her 100th cap when she started in the U.S.’s 2-1 win over China on June 12. Press tallied an assist in that match, assisting on Tobin Heath’s game-winning goal in the 75th minute.

Her 100th cap came five years, four months, and four days after her first appearance for the U.S. in their 4-1 win over Scotland on February 9, 2013. Not only did she earn her first start in her first cap, but she also scored a brace—including the game winner—in the match, becoming just the third player to score two goals in first cap.

Since then, Press has scored 44 goals for the U.S. and was a part of the 2015 FIFA World Cup-winning squad. 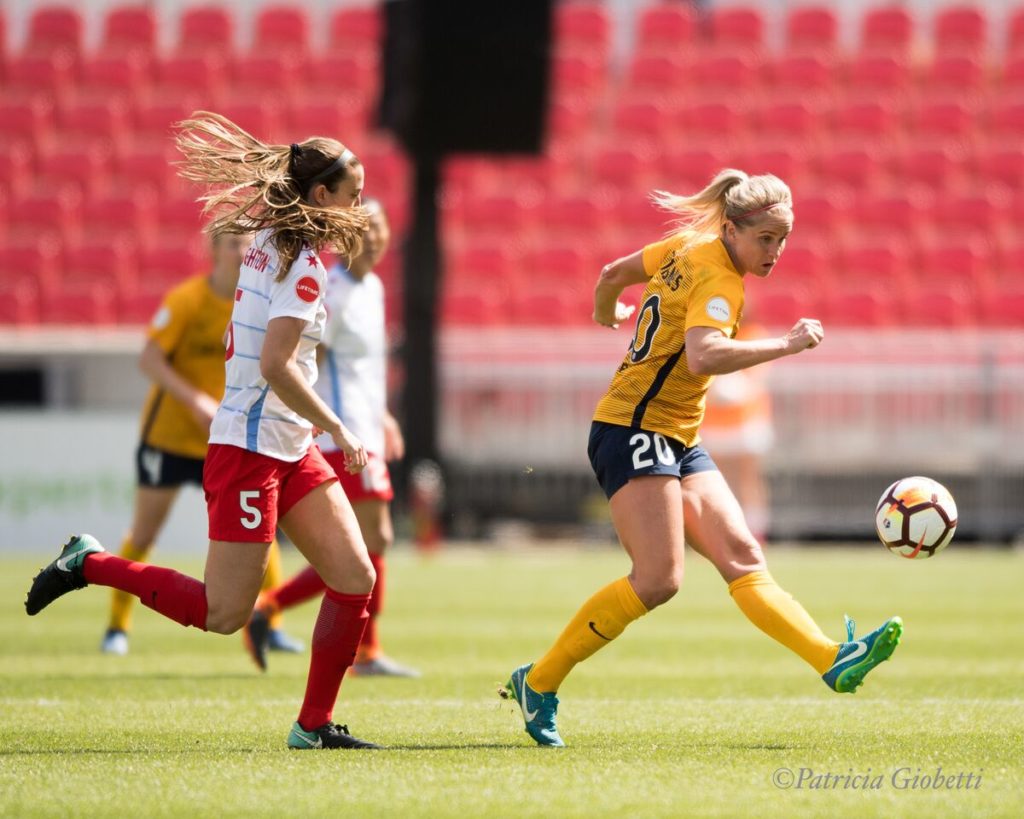 Elise Thorsnes, right, claims her injury status led the NWSL to block her move back to Norway. (photo copyright Patti Giobetti for The Equalizer)

In a recent interview, Utah Royals FC forward Elise Thorsnes claims that her move back to Norway was hampered by NWSL regulations.

According to a translated version of the article, the Norwegian international was unable to sign with a team back home ahead of their fall season because of her injury status with the NWSL. Despite Norway’s national team and the Royals intervening on her behalf, the NWSL blocked her early return to Norway.

“Two days before leaving, the league said they would not let me go because I had status as injured. The national team sent letters, the club did what they could, but rules are rules and it was not enough to do that,” Thorsnes said in the interview.

Thorsnes has made three starts and totaled only 353 minutes in her first season in the NWSL, due partly to injuries sustained. Thorsnes was sidelined back in March after suffering a concussion before suffering a left hamstring strain in April. Her last appearance for the Royals was in their June 30 win over Sky Blue FC.