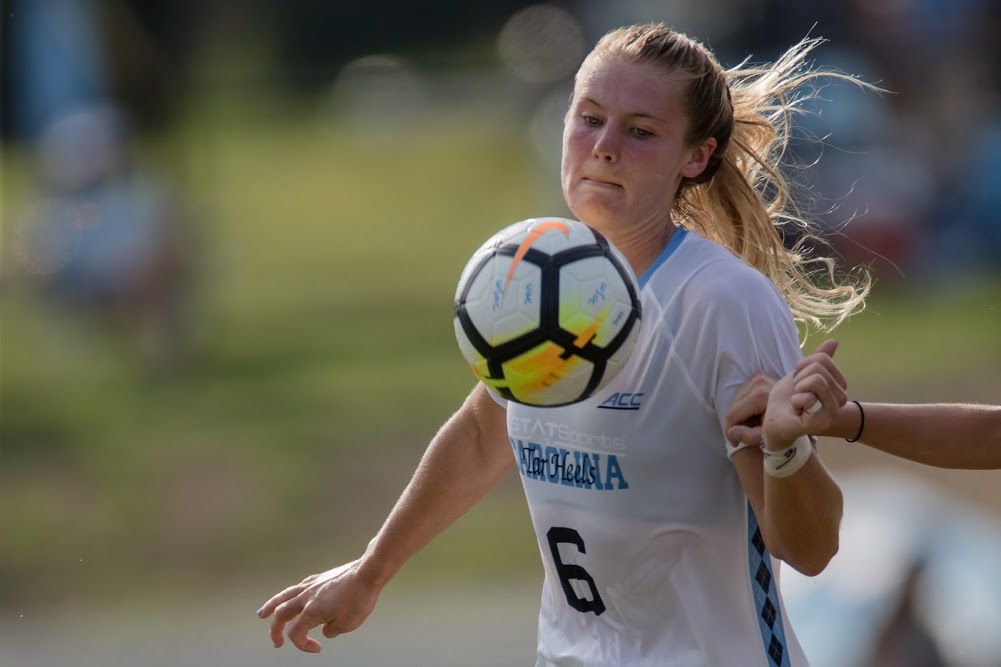 The No. 4 UNC Tar Heels defeated UCF, 1-0, on Sunday afternoon to improve to 3-0-1 on the season. Taylor Otto scored the lone tally of the match to keep North Carolina undefeated on the season.

Last year UCF handed the Tar Heels the first of only three losses suffered in regular and postseason play, but the Knights could not pull off the repeat. Instead, the loss was the second straight loss for UCF this weekend, putting them at 0-2-0 on the season and foreshadowing an all but certain fall from the NCAA rankings.

UNC came out hot at the opening whistle, outshooting UCF 6-1 in the opening 10 minutes of the match. However, Brianna Pinto took the only one of those Tar Heel shots that was on frame, and UCF goalkeeper Vera Varis was there to deny the U.S. youth national team standout from putting her side up early.

As the game’s momentum began to even out around the 15th minute mark, senior Bridgette Andrzejewski looked to have put UNC on the board, but the offside flag negated her goal.

Just a minute later, though, the Tar Heels put the ball in the back of the net again, this time for the eventual game-winning goal. Redshirt sophomore forward Taylor Otto made a run towards goal before laying the ball off for Rachael Dorwart, whose resulting shot deflected off the UCF defense. The rebound rolled to Otto, who one-timed the ball in for the lone goal of the match and her second of the year.

Following Otto’s goal, UCF battled neck-and-neck with UNC. The Knights had one of their best opportunities of the match just before the half-hour mark, when sophomore forward Stefanie Sanders put a header on target only to see it take an unlucky deflection off the crossbar, allowing it to be collected by UNC netminder Samantha Leshnak.

The second half was dominated by the same even back-and-forth action between the two sides, with UCF just edging UNC out in shots, 17-16 (5-6 SOG). Varis finished the match with five saves, as did Leshnak, while UNC backup keeper Claudia Dickey, who entered at the break, tallied one.

Up next for UNC is the Duke Nike Classic, where the Tar Heels will first take on Providence on August 30 before facing Marquette on September 2. UCF returns to action next Sunday when they travel to Coral Gables, Fla. for a match against the University of Miami.