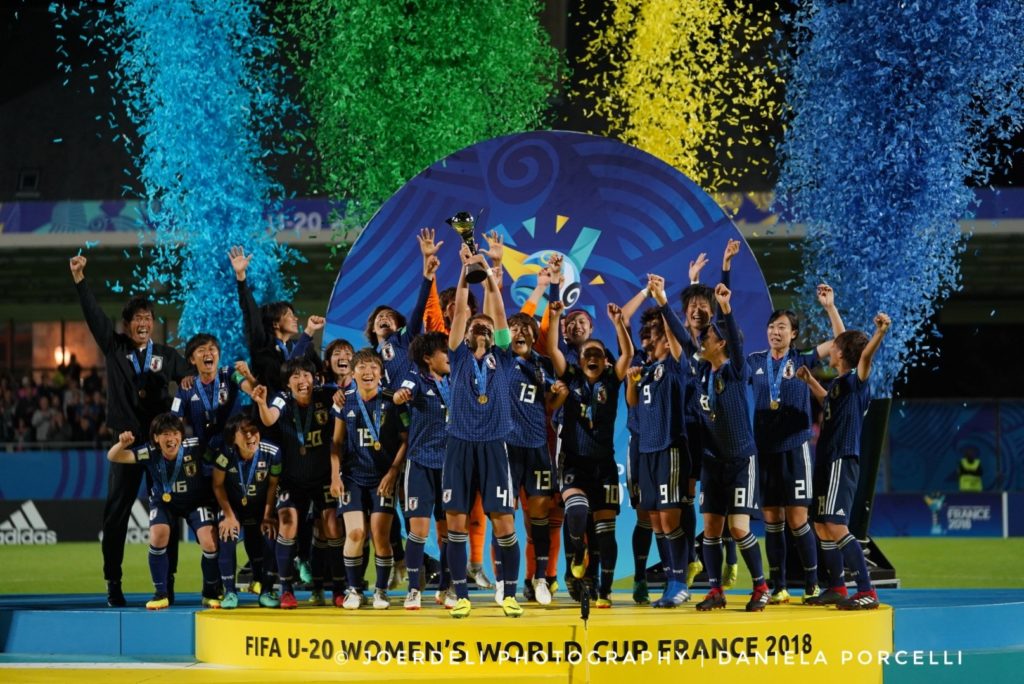 Hinata Miyazawa, Fuka Nagano and Saori Takarada all scored for Japan. Candela Andujar’s 71st-minute goal was the only consolation for Spain, which defeated Japan, 1-0 in the group stage of the tournament.

Japan had previously finished third at the U-20 level in 2012 and 2016. The Nadeshiko famously won the senior World Cup in 2011, mere months after the country was devastated by an earthquake and tsunami. Japan won the U-17 World Cup three years later. Germany and the United States have won World Cup titles at the senior and U-20 levels, but never at the U-17 level. North Korea has won the two youth events on multiple occasions, but has never won the senior tournament.

Miyazawa opened the scoring for Japan in the 38th minute, striking from distance after she created space.

Takarada’s goal to double Japan’s lead in the 57th minute came from a wonderful flick-on, and it was Nagano’s beautiful strike which punctuated Japan’s victory in the 65th minute.

Spain got one back six minutes later through a beautiful volley from Candela before being denied a second goal by the crossbar.