Not great, Bob! Sky Blue, Washington and the worst WoSo teams ever 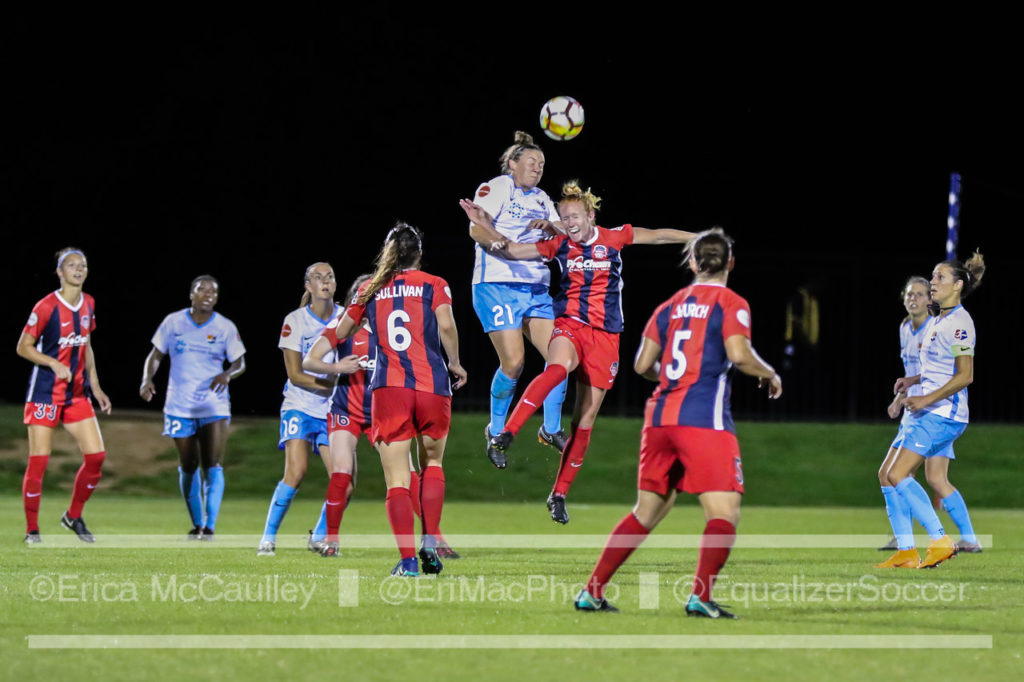 Parity might be the defining characteristic of the National Women’s Soccer League. The evidence is there again this season, with seven teams carrying legitimate playoff hopes into the homestretch.

There are, however, obvious outliers. The North Carolina Courage are the most dominant professional team in U.S. women’s soccer history, Sky Blue FC is staring down an unprecedented winless season, and the Washington Spirit – fresh off firing Jim Gabarra from head coach and general manager duties – are probably worse right now, despite being marginally better in the standings.

Are we currently witnessing the worst team the NWSL, Women’s Professional Soccer or the Women’s United Soccer Association has ever seen? Sky Blue and Washington are historically bad, but they aren’t the first such teams to struggle mightily for the entirety of a campaign. These teams, in chronological order, are in the conversation for the most futile ever:

The Power’s inaugural campaign in 2001 saw Tiffeny Milbrett tear through the league, scoring 16 goals en route to a semifinal appearance for the team and MVP honors for the star. What followed, however, was a wretched sophomore slump on Long Island. Defender Gro Espeseth retired after the first season, and goalkeeper Gao Hong battled injuries, as did defender Christie Pearce and Sara Whalen.

Head coach Pat Farmer paid the price in July, with the team sitting at 2-10-1. Interim coach Charlie Duccilli couldn’t stop the bleeding from there. Tom Sermanni took over the team for the 2003 season and guided the Power to a fifth-place finish in the WUSA’s last stand.

The Atlanta Beat went 5-13-6 (21 pts.) as an expansion team in 2010, finishing last of seven teams. The ambition of owner Fitz Johnson to invest in a marvelous stadium built for women’s soccer was thought to be a boon for the league. But Saint Louis Athletica folded mid-season, FC Gold Pride closed its doors weeks after winning a championship, and the Washington Freedom turned into the magicJack fiasco. The Beat scaled back on spending (there was no salary cap) for 2011, and a horrendous season followed.

Atlanta won only one game all season – its second of the year – and even that was subject to significant controversy. The 1-0 victory over Sky Blue FC came via a goal that didn’t actually appear to be one, though video evidence was inconclusive. A 2-2 draw at the Western New York Flash followed, and the rest of the way was brutal. Atlanta scored only seven goals in 18 matches, failing to score in its final eight.

There was talent on the roster, which centered around Lori Chalupny as the do-everything engine. Carli Lloyd, Kia McNeil, Heather Mitts and Cat Whitehill also called Atlanta home that year. What many might forget is that this Beat team looked like it was going to be drastically better in 2012. Then head coach James Galanis went out and signed Christen Press and Kelley O’Hara as part of his roster overhaul, and made Sydney Leroux the No. 1 overall pick in the college draft. Two weeks after the draft, the league folded.

The first few weeks of the Spirit’s NWSL tenure weren’t awful. Washington came out of the gates with a pair of draws and, after beating Seattle Reign FC – which finished 2013 just four points ahead of the Spirit – in their sixth game, was 1-2-3. The Spirit then lost five straight and failed to score, drew FC Kansas City, 1-1 and lost seven straight after that. Head coach Mike Jorden was fired on July 1 as player unrest grew, and Mark Parsons took over mid-season to begin the rebuild.

EXTRA: Why the NWSL needs Houston, Orlando to succeed

The team did not entirely lack talent, but it certainly was without any sort of goal-scoring threat. German Conny Pohlers, on loan from Wolfsburg, never panned out. Jodie Taylor’s arrival in 2014 solved the scoring issue as Washington made the playoffs for the first time.

The 2013 Reign only narrowly escape this list, but much like the dynamics of the Spirit and Sky Blue in 2018, the 2013 Reign team were more competitive. The 2013 Spirit just weren’t good. 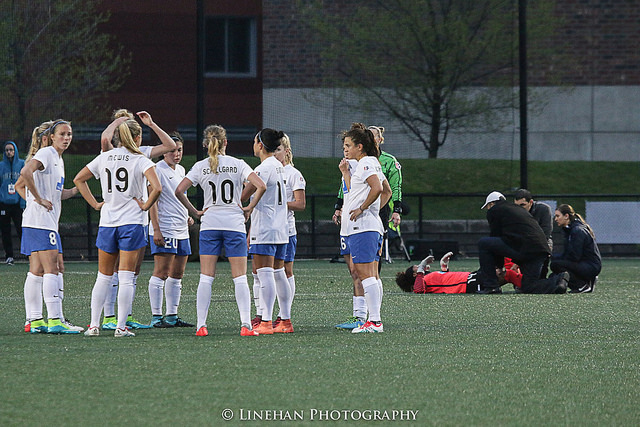 The Breakers could have a few entries on this list, as they finished in the bottom two positions for four straight years, but 2016 was the worst of the bunch. Boston lost five straight to open the season, failing to score in that stretch. Another five-game skid would follow in the summer, including an abysmal 7-1 loss to the Western New York Flash in Rochester. (Lynn Williams can partly thank the scheduling of four Breakers-Flash games for her co-scoring title and MVP award.)

It was another tough season for the Breakers fan base to endure, and the prolonged struggles on the field at the very least did not help business off the field. Boston folded ahead of the 2018 NWSL season. The Breakers were better in 2017, even if not good, and for the first time, they appeared to have a direction. We’ll never know if that trajectory would have continued in 2018.

Sky Blue FC’s loss to Portland Thorns FC on Wednesday gives the New Jersey club just four more chances to win a game this season. Even for a team that many wrote off at the start of the year – and for a team that has long struggled to keep up with the NWSL’s growth on and off the field – going through a 24-game season without a single victory was previously unfathomable.

It would be irresponsible to suggest that Sky Blue have simply been unlucky in 2018, but it would be equally unfair not to acknowledge that the team has largely been in most of the games it has played. That was exemplified by a heartbreaking draw with Utah Royals FC last week that saw Utah score on the final kick of the game, beyond the three minutes minimum of extra time. Sky Blue has rallied for an impressive draw in Portland in June, and blew its first lead of the season for a draw in Orlando in an otherwise valiant effort in early August. There has at least been a noticeable fight from the players, which is more than can be said for the 2018 Washington Spirit.

Sky Blue have two games in hand – including one against the Spirit – and thus can still finish above Washington in the standings. The Spirit’s firing of Jim Gabarra was announced four days after a new low point of the season, a 4-0 whooping in Houston in which the Spirit collectively looked disinterested. The effort was at least mildly better on Wednesday against Utah, but Washington is now winless in 13 straight – tying a team record set by the aforementioned 2013 Spirit – and has not scored in six full games.

History will not look kindly on this team. A roster with Mallory Pugh, Rose Lavelle, Andi Sullivan and a fair amount of fairly valuable role-players is, on paper, a team that should be much better than its current state. Injuries, of course, are a factor in the Spirit’s struggles, but they don’t excuse Washington’s recent dejected demeanor in games – which have included the reintroduction of Pugh and Lavelle. As the international careers of those two continue to blossom, we’re likely to look back on this 2018 Spirit squad and wonder how in the world it could have been this bad. It was always going to be a building year for a young roster, which could be very competitive in the seasons to come. But the way 2018 has gone, Washington might have just lost a full year in that long-term plan.