Jim Gabarra out as Washington Spirit coach and GM 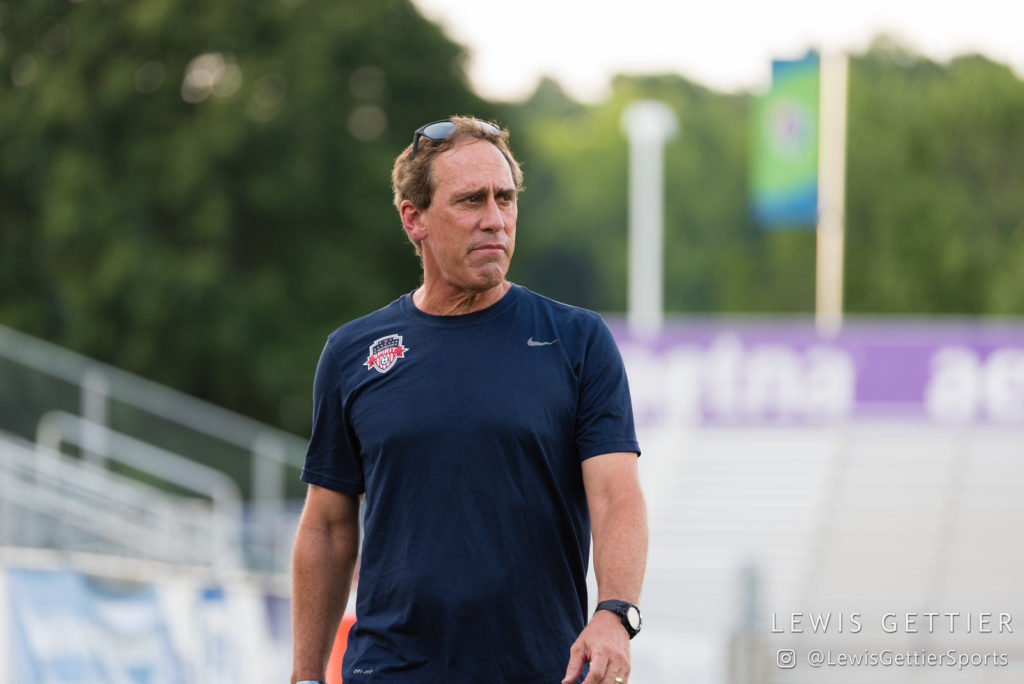 Assistant coach Tom Torres has been appointed as interim coach for the remaining three matches. A search for a new head coach will take place after the National Women’s Soccer League season concludes in September, the club announced in a statement. Spirit president Chris Hummer has been appointed general manager.

Washington is winless in its last 12 matches — a stretch dating back to May 23 — and has an overall record of 2-15-4 (10 pts.), sitting eighth in the nine-team league. Sky Blue FC (5 pts.) has two games in hand and could still finish above the Spirit in the standings.

“Jim has put as much of his heart and soul into women’s soccer, this league and this team as anyone,” Spirit owner Bill Lynch said. “He is a great professional with exceptional character and we can’t thank him enough for his efforts and wish him the best of luck.”

Gabarra joined the Spirit from Sky Blue FC ahead of the 2016 season and led Washington to a second-place finish that season, falling two points short of the NWSL Shield. Washington advanced to the NWSL Championship that same year, losing to the then Western New York Flash in a penalty-kick shootout after conceding a 124th-minute equalizer.

Since that loss in the final, the Spirit are 7-30-8, with a minus-49 goal difference. Washington finished last of the 10 teams in 2017, behind the now-defunct Boston Breakers via tiebreaker.

MORE: At what point did the Spirit lose their fight?

Gabarra is among the most experienced head coaches in women’s soccer, having held such a role in all three iterations of professional women’s leagues in the United States. He coached the Washington Freedom in all three seasons of the Women’s United Soccer Association, winning the league title in 2003, WUSA’s final season. Gabarra carried on coaching the Spirit through its semi-pro history and into its Women’s Professional Soccer era before taking over at Sky Blue, similarly coaching that team in WPS and again from 2013-2015 in the NWSL.

The Spirit play twice at home this week, including Saturday’s special event against the Portland Thorns at Audi Field, the new home of Major League Soccer’s D.C. United.

NWSL Week In Review: What happened to the Washington Spirit’s fight?
NWSL Week 22 preview, part 1: Seattle closing in on playoffs