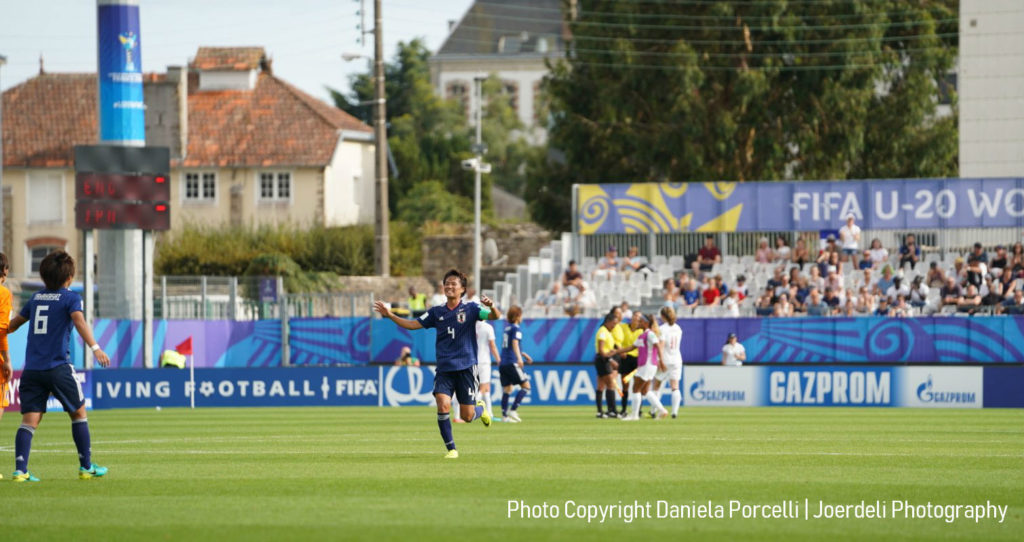 Japan and Spain shut out the competition in their respective FIFA U-20 World Cup semifinals on Monday to advance to Friday’s final. The appearance will be both team’s first in a U-20 World Cup final.

England 0-2 Japan: Two first-half goals from Riko Ueki and Jun Endo were enough to earn the Young Nadeshiko the crucial win over England.

Ironically, it was England that had the first opportunity of the match, with Chloe Kim forcing Japanese goalkeeper Hannah Stambaugh to make a save in just the second minute. However, that would be the best chance of the opening half for Mo Marley’s side, with Japan taking over control of the first half from there.

Endo and then Saori Takarada followed Kim’s chance with ones of their own before Ueki turned past defender Anna Patten and fired off a right-footed shot from inside the box that beat the English keeper in the 22nd minute. Five minutes later, Japan doubled their lead through Endo, who knocked in the rebound from Hinata Miyazawa’s shot that deflected off the crossbar.

Japan nearly added a third goal shortly after the half-hour mark, but Fuka Nagano, named the “Dare to Shine” Player of the Match, sent her curling shot off the post. The Young Lionesses’ Georgia Stanway also nearly got on the scoresheet for England, but she was ultimately unsuccessful in preventing the shutout.

France 0-1 Spain: Spain’s Patri Guijarro scored in the 50th minute to hand her country the 1-0 win over tournament hosts, France. La Rojita accomplished the victory after dropping to just 10 players on the field after midfielder Aitana Bonmati received her second yellow card in the 69th minute and was ejected from the match.

The two teams went back and forth in the first half, with multiple chances being created on either end but neither team able to break through. Spain’s Guijarro and Maite Oroz were unable to put their shots on frame, while France’s Emelyne Laurent and Helene Fercocq forced Spanish keeper Catalina Coll to make a pair of saves. Defender Selma Bacha also came up with a big goal-line clearance to prevent French midfielder Damaris Egurrola from getting on the board before halftime.

Spain was able to break the deadlock shortly after the break, with Guijarro scoring with a header off a cross from Lucia Rodriguez. The goal was Guijarro’s tournament-leading sixth.

With Spain’s goal the intensity of the match increased, and shortly thereafter the first red card of the tournament was issued to Bonmati for a hard challenge on Bacha near midfield. In the 75th minute, France was presented with the opportunity to equalize via penalty after defender Laia Aleixandri was whistled for a handball in the box, but Coll made the save to deny Marie-Antoinette Katoto’s attempt.

With the win, Japan and Spain advance to the tournament finals, while England and France will also compete on Friday in the third-place match. 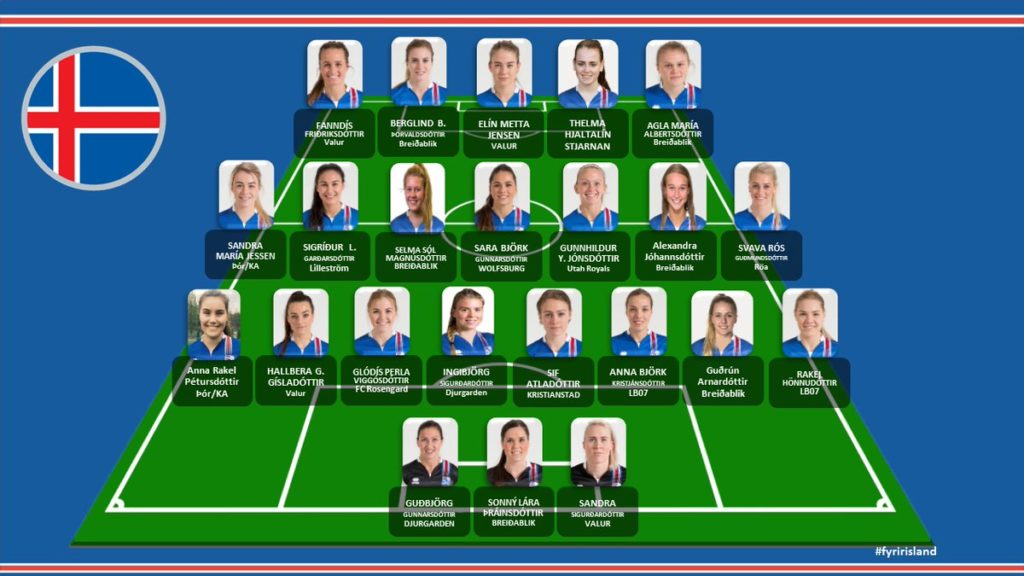 Iceland announced their roster for a pair of World Cup qualifiers in September. The current UEFA Group 5 leaders will take on Germany on September 1 before facing off against the Czech Republic on September 4, the last day of UEFA qualifying play.

An Iceland win over Germany or a draw against Germany combined with a win against the Czech Republic will see the island nation win their group and thereby qualify for their first ever World Cup.

For the last round of qualifying, head coach Freyr Alexandersson has named 23 players to his roster. Unsurprisingly Gunnhildur Jonsdottir of the Utah Royals FC was one of the players Alexandersson tapped for the matches.

Cloud 9, the official supporters group for Sky Blue FC, released a statement on Monday addressing their stance on the conditions surrounding the New Jersey-based club.

In the statement, Cloud 9 references the poor living and training conditions endured by players of Sky Blue, as first reported by The Equalizer. The supporters group mentions actions taken by the club in the wake of that and similar articles, such as an RV parked at the team’s training location to serve as a makeshift locker room and shower facility, but claim that such action is not sufficient.

The group goes on to demand the removal of Tony Novo from the position of President and General Manager of Sky Blue FC because “it is his responsibility to ensure that the players are taken care of and treated as professionals.”

The full statement from Cloud 9 is below. 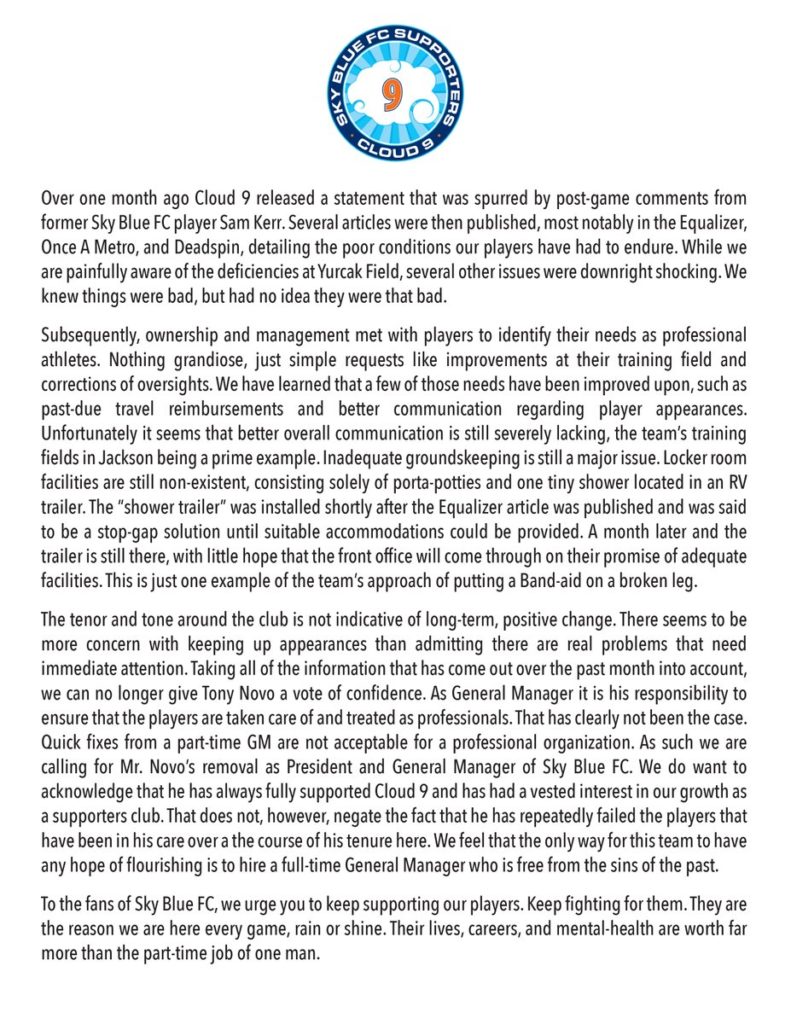 Monday Morning Wakeup: NWSL Week 21 and U-20 WWC down to final four
NWSL Week In Review: What happened to the Washington Spirit’s fight?