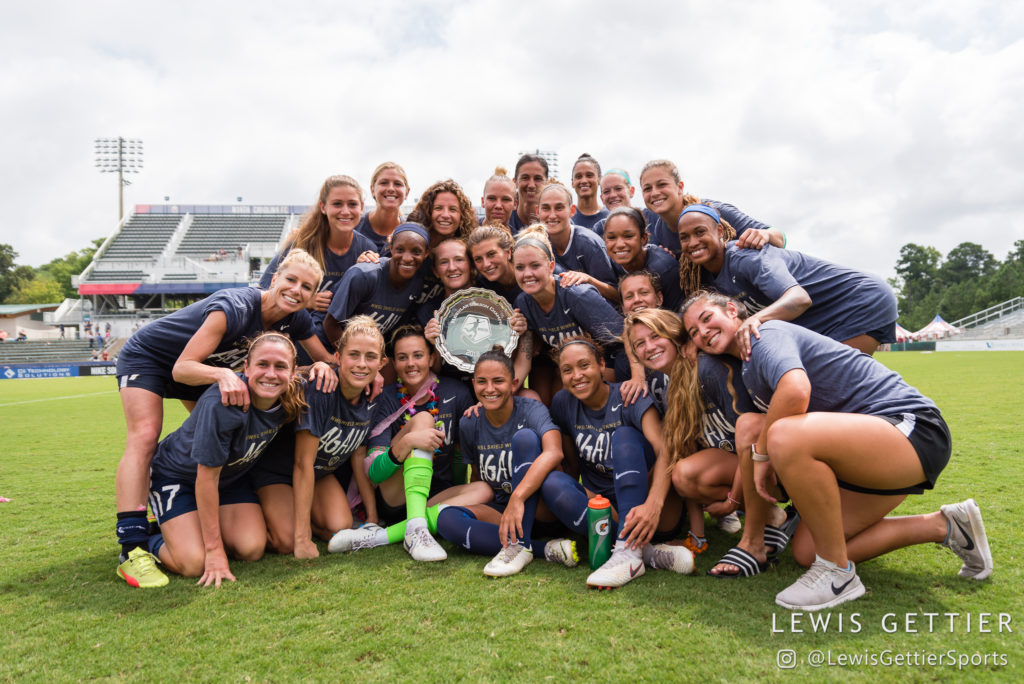 The North Carolina Courage exploded for three late goals to earn their record-equaling 16th win of the season, 3-0 over the Orlando Pride. The match picked up Sunday morning in the 22nd minute where it had been suspended the previous evening due to inclement weather. The Courage have two matches left to break the win mark they also matched a year ago, and originally established by the 2014 Seattle Reign FC. The Pride meanwhile failed to break back into the top four and are now in dire straits with two to play.

The match began a bit slow with the morning start, but by the time the second half rolled around the Courage were firmly in control of the match. Ashlyn Harris made two remarkable saves to keep the Pride in the match. One came against Lynn Williams in the first half and another in the second half when Sam Mewis got on the end of a free kick at close range.

Luck ran out for Harris, and the Pride, in the 75th minute. Denise O’Sullivan made a run through open space in the middle of the park and played Lynn Williams wide right. Williams cut end line against Shelina Zadorsky and then sent what looked like a cross that Zadorsky blocked while inadvertently redirecting it into her own net for an own goal.

In the 81st minute, Debinha sent a long ball down the left where Williams collected it and went toe-to-toe with Ali Krieger. After a tough battle the ball squirted out where Debinha, following the play from midfield, fired a shot into the roof of Harris’ goal to make it 2-0.

Williams finally got herself on the scoreboard in the 88th minute. The Courage were knocking it around near the Pride penalty area and eventually Mewis lofted one into the box where Williams had slipped free and she froze Harris with the shot.

Following the match the Courage were presented their Shield by NWSL Managing Director, Amanda Duffy.