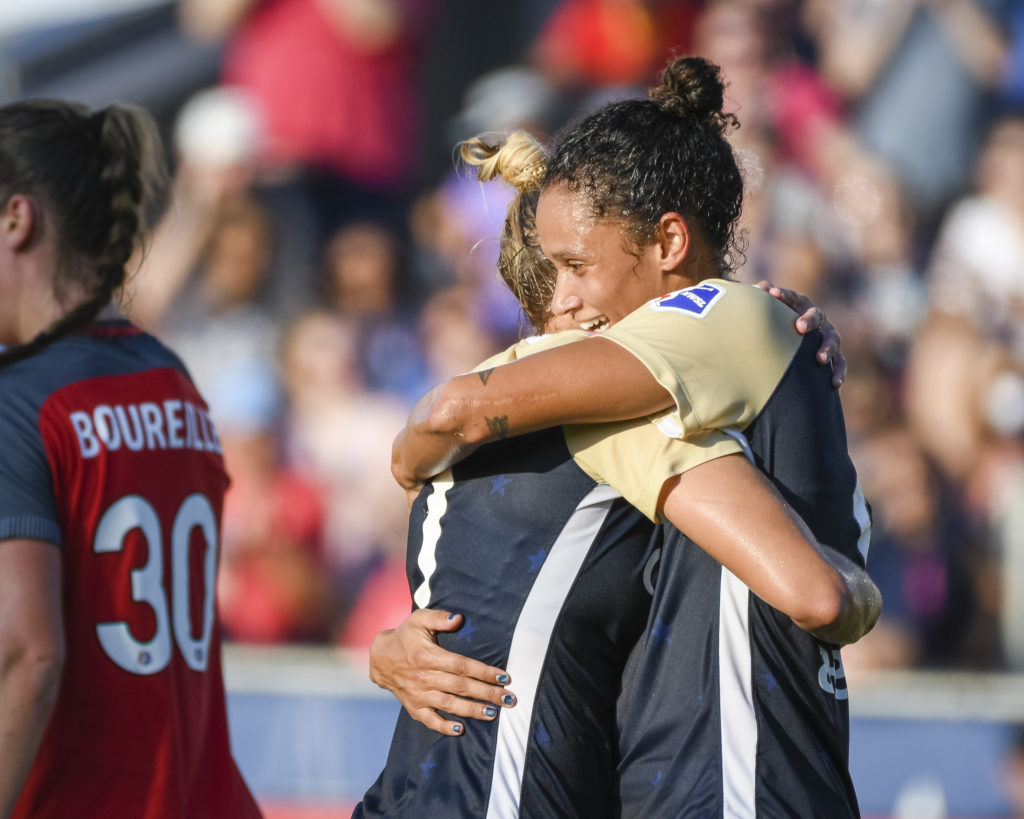 The NWSL released the date and time of the only known playoff game at this point: Sunday, September 16 at 3 p.m. EDT at Sahlen’s Stadium at WakeMed Soccer Park in Cary, North Carolina. The North Carolina Courage, who are the only team to have solidified their ticket to the 2018 NWSL Playoffs, will have the No. 1 seed and thus the right to host the playoff match.

Fox Sports assigned an all-female announcing crew for D.C. United’s MLS match up against New England this Sunday and it will be the first time on national broadcast of a U.S. men’s professional soccer match that the crew is entirely female. Lisa Byington and Danielle Slaton will call the match from the booth while Katie Whitham will work at field level.

“I’m excited to be a part of history but looking forward to the day when it isn’t so historic,” Slaton said this week, according to the Washington Post. “We’ll just go out and do our jobs like we do every day and keep the game as the main focus and try to have some fun.”

This is not the first time that these women have covered the sport professionally either. Whitman played Division III college soccer at Capital University in Columbus, Ohio and began her career in broadcast journalism as a sideline reporter for the Columbus Crew in 2005. She’s been affiliated with Fox Sports’s soccer coverage for nine years.

Slaton, a former USWNT defender and Santa Clara University standout, joined the Big Ten Network in 2010 and since 2014, has worked many matches from the college to international levels for a variety of different outlets, most notably in the women’s soccer realm, she covered the 2015 Women’s World Cup in Canada for Fox. In 2016, she became a sideline reported for the San Jose Earthquakes.

Byington’s primary assignments have included football and basketball. Last fall, she became the first women to do play-by-play for a Big Ten Network football game. She has also called Chicago Red Stars matches.

For the women, it’s definitely an exciting moment, but at the same time, they wish that it wasn’t so “historic.” Byington said, “The more you can put women in untraditional (sic) situations to succeed, you move closer to making that the norm. We are getting closer to the point where a moment like Sunday really won’t be that significant in our society.”

O’Hara improves to questionable for Utah ahead of weekend 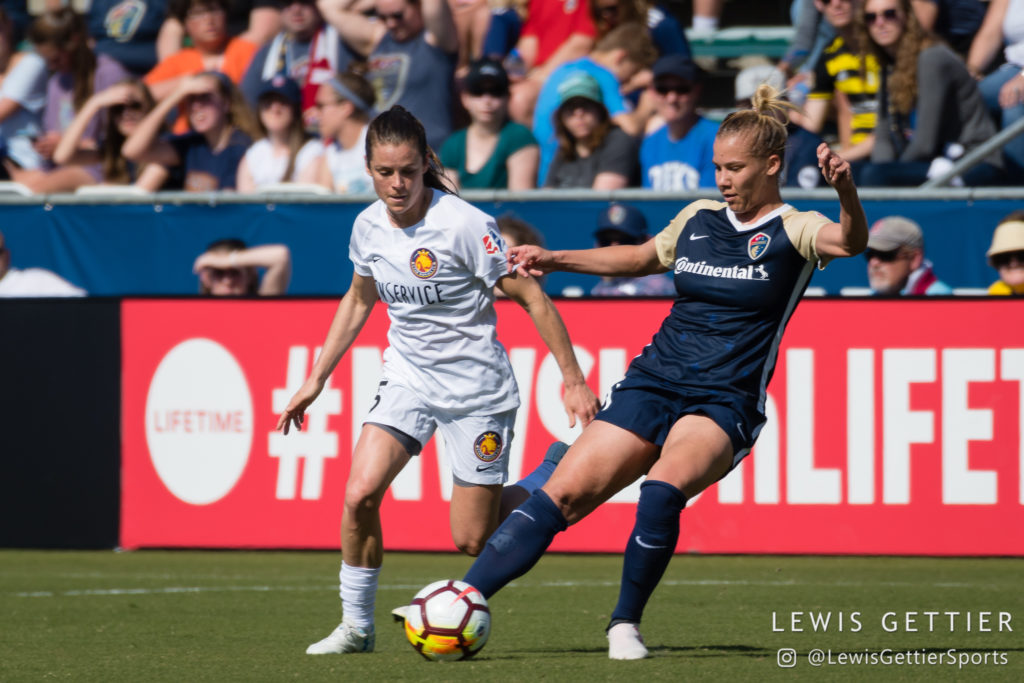 Ahead of this weekend’s NWSL games, Utah Royals and USWNT Kelley O’Hara has been listed as questionable after suffering right hamstring strain that has kept her sidelined. If she returns this weekend, it will be in NJ against her former team.

The road to the UWCL final in Budapest will start mid-September with matches taking place on September 12-13 and then later in the month on September 26 and 27. The 32 teams are comprised of 20 clubs that were given byes to this round and 12 teams that made it through thanks to wins in the qualifying round.

Of note, reigning UWCL champions Lyon will take on Avaldnes of Norway in this round. Manchester City will compete against Atletico and Juventus, who are participating for the first time, will take on Brøndby in the September matches.

The round of 16 will take place at the end of October into early November.. The quarter finals will be in late March 2019, followed by the semifinals in late April. The UWCL final is set to take place on May 18, 2019 in Budapest.

Full details of the #UWCL round of 32 draw
?https://t.co/QZFhGow42E

Who will make it through?pic.twitter.com/H4eGFKIvt3

Beginning tomorrow, the Utah Royals FC will no longer broadcast games on KMYU or have ESN 700 radio coverage even though there are only three games left in the regular NWSL season. The next two games which are away at New Jersey and Washington, will have feeds from the NWSL. The games will still be accessible on the KSL app. The Royals final game against Chicago will likely see the same broadcast options,.

The primary reason for this is because the Royals no longer have their broadcast team. Carla Swensen-Haslam, who joined the team as the media relations manager at the start of the 2018 NWSL season and worked as part of the broadcast team with Greg Wrubell, is starting law school this fall and will not work with the club after this week. Wrubell is also said to no longer be associated with the club.