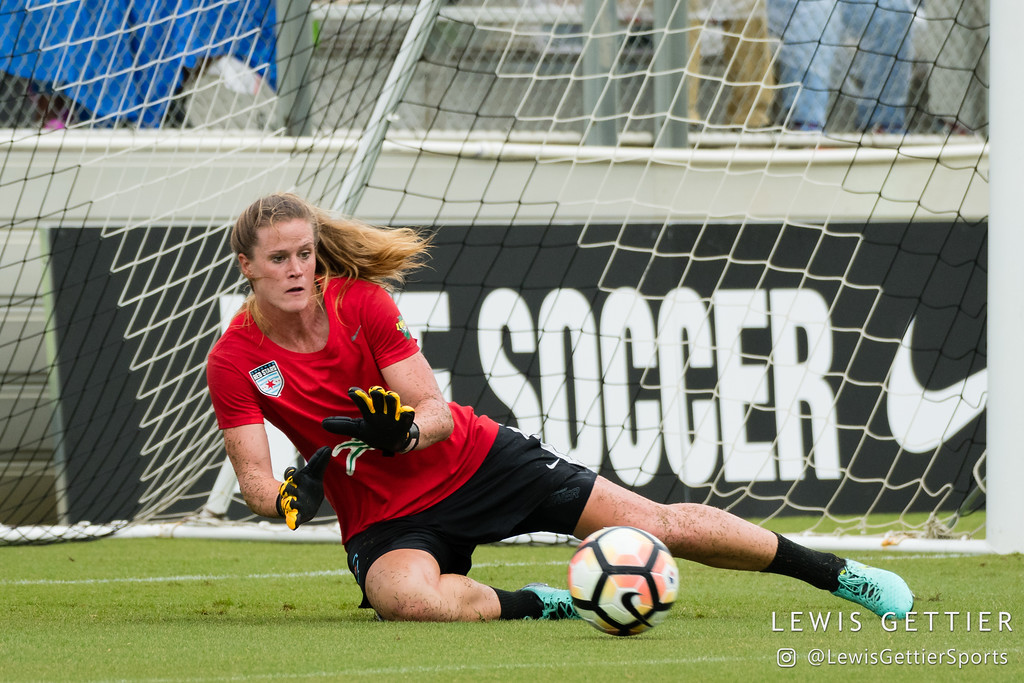 Seattle Reign FC and the Chicago Red Stars played to a 0-0 draw on Wednesday night at Memorial Stadium in a result that saw the Reign’s playoff clinching delayed and the Red Stars fail to move inside the playoff bubble.

The match was played under the backdrop of severe forest fires that have tormented the Pacific Northwest and left the air quality at substandard levels. As a result, players were given hydration breaks every 15 minutes—totalling four on the night—and oxygen tanks were posted behind each bench.

The Red Stars, looking for a win to jump into the top four, came out pressing and created the bulk of the earliest chances. In the 8th minute it was defender Julie Ertz inching forward to get on the end of Vanessa DiBernardo’s corner, but Lydia Williams was in the right position to make the save.

Chances were more plentiful after halftime. The Red Stars’ two best both came through Sam Kerr. Early in the half she found space and redirected a DiBernardo’s cross but it went right to Williams who could not have been in a sweeter spot. Late in the half Kerr ran a brilliantly-executed give-and-go with Rosie White but in the end was not able to put her shot on frame.

The Reign’s best chances came when the slipped Jess Fishlock twice, and Adriana Leon once off the right side of the Red Stars’ defense. Fishlock missed wide one on each side and Leon to the far post from a difficult angle.

The shutout was Williams’ ninth of the season and the Reign’s 11th, one off the league record set a year ago by Portland Thorns FC. It was the seventh shutout for Red Stars keeper Alyssa Naeher in the eighth for the team. Three of those have been at the expense of the Reign who did not score a goal in three matches against the Red Stars. Two of them ended scoreless with a Kerr goal carrying the Red Stars in the other.

The Red Stars (7-4-9, 30 pts) now trail the Orlando Pride on goal difference and have a match in hand in the race for the final playoff spot. The Thorns are a point further ahead in third. Meanwhile the Reign (10-4-7, 37 pts) now have a five-point cushion on the Thorns for second and the right to host a semifinal.

The Red Stars will remain in the area and play at Portland on ESPNews Saturday night. The Reign next play at home to the Houston Dash on Tuesday.

Katie Naughton is the Red Stars’ quiet, steady presence in central defense
Thursday Roundup: The Reign to remain at Memorial Stadium for 2019