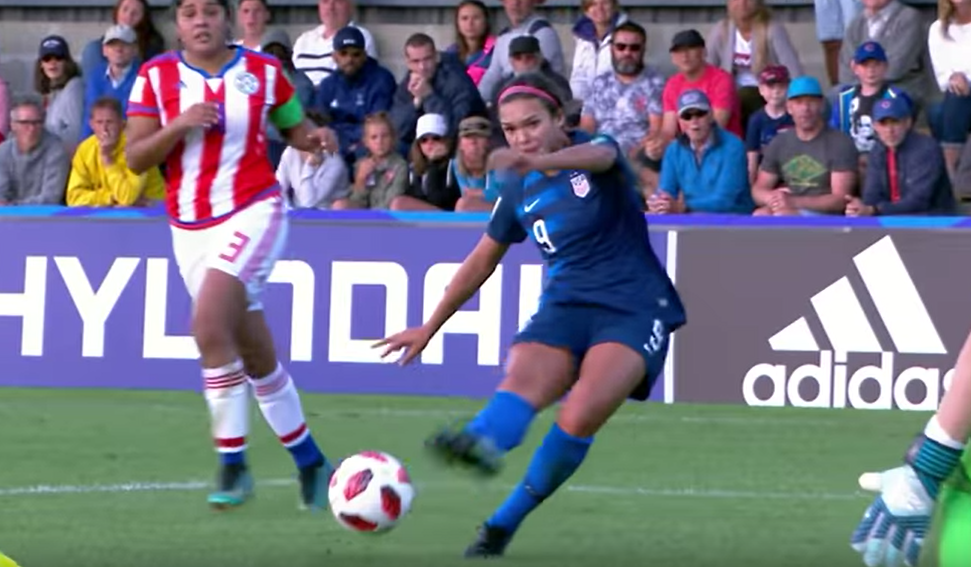 The United States failed to advance from the group stage of the U-20 Women’s World Cup for the first time after a 2-2 draw with Spain on Monday in Léhon, France.

With Japan’s victory over Paraguay in the simultaneous Group C match, the U.S. needed a victory over Spain to stay alive — and set up a three-way tie atop the group on 6 points — in addition to favorable goal differential — which it would have had over Spain with a win. A late two-goal rally from the Americans wasn’t enough.

Spain scored twice in the first half off a pair of errors from the Americans. First came Jaelin Howell’s mis-clearance inside her own 18-yard box, which gave the ball to Spain’s Patricia Guijarro for the opening tally in the sixth minute.

The U.S. turned on the pressure late, scoring twice in a four-minute span and pinning Spain back for the final 10 minutes of the match. Sophia Smith scored directly off a beautiful free kick in the 83rd minute, and Savannah DeMelo’s 87th-minute shot took a kind deflection to wrong-foot Spanish goalkeeper Catalina Coll.

But the Americans couldn’t find a third goal, and the 2-2 final meant they had to settle for third in the group. Reigning U-19 European champions Spain went through atop the group on 7 points, while Japan — which beat the U.S. in the 2016 U-20 third-place match — finished second on 6 points.