Also in today’s Roundup, the U.S. U-15s win the Concacaf Championship in extra time and the W-League will have at least 17 matches on ESPN+. 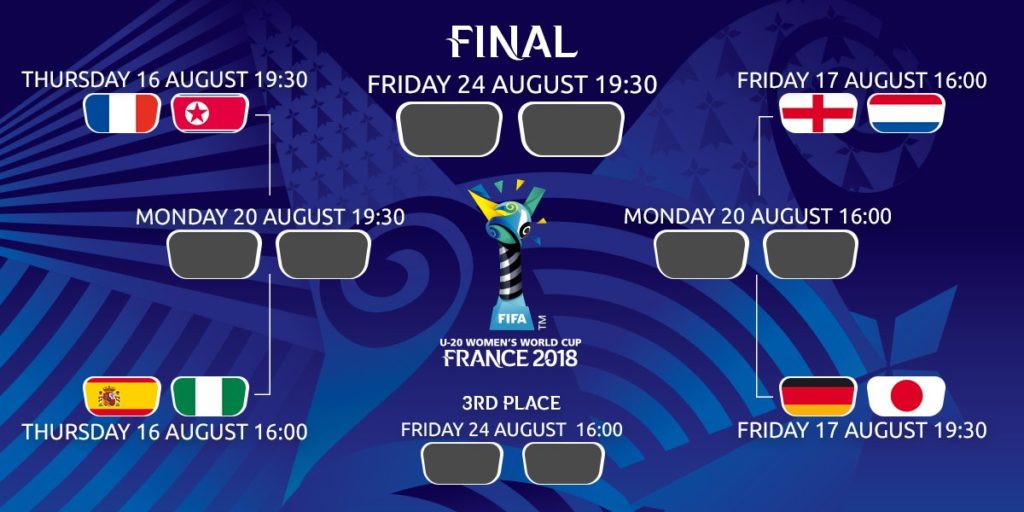 Nigeria claimed the final quarterfinal berth in the U-20 World Cup following a dramatic, 1-1 draw against China. In a win-and-in match, China carried the lead from near the end of the first half through Zhang Linyan’s 41st minute strike. But it was Nigeria who were through on a draw and that’s what they got when Aisho Bello’s cross was deflected into the goal by Chinese defender Jiaxing Dou in the fifth minute of stoppage time.

The equalizer put Nigeria through on goal difference and also assured Germany of finishing top of Group D. The Germans took care of business anyway, opening a 3-0 lead on Haiti before holding on for a 3-2 win over the stubborn newbies. Laura Freigang, Kristin Kogel, and Klara Buhl scored for Gernany before Montpellier midfielder Nerilia Mondesir hit a brace for Haiti. Mondesir scored all three goals for Haiti on their first trip to the U-20 World Cup.

Germany will face Japan in the quarterfinals. Japan went through on Monday with a 6-0 domination of Paraguay. Saori Takarada and Riko Ueki had a hat trick apiece. Nigeria will play Spain in a quarterfinal after the Spanish played the United States to a 2-2 draw.

The other quarterfinals—France vs North Korea and England vs Netherlands—were set on Sunday.

The U-15s carried the week for U.S. youth teams, winning the Concacaf championship with a 3-0 victory over Mexico on Monday. The three goals came in extra time after the sides played the 70 minutes of regulation without a breakthrough. Jaedyn Shaw scored twice and Alyssa Thompson added the third. Shaw was awarded the Golden Ball as the best player at the tournament.

ESPN+ has entered into an agreement to show professional league matches from Australia. The agreement includes at least 17 W-League matches during the season that runs from October through February. In past years some W-League matches were streamed via ESPN3, but that site has gone away in favor of the subscriber-based ESPN+.

A broadcast schedule will be announced at a later date.