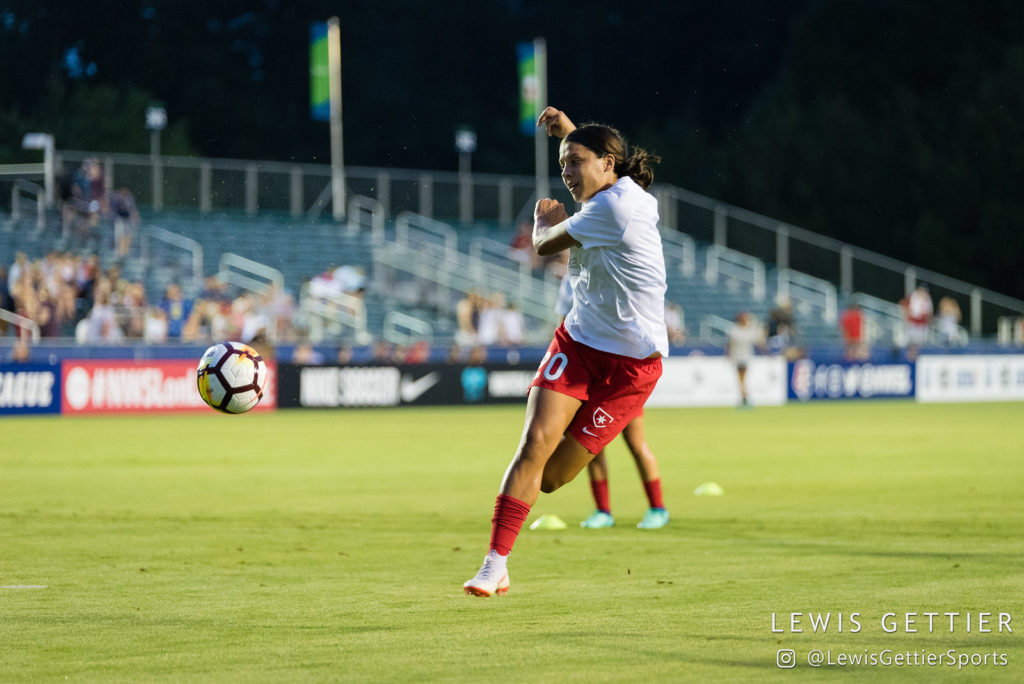 The 2018 draft-day trade that saw Sam Kerr, Carli Lloyd and Christen Press change teams was at the time considered to among the grandest in National Women’s Soccer League history.

Here was Kerr, the reigning league MVP and record-setting scorer in 2017, leaving struggling Sky Blue FC for a possible title contender in the Chicago Red Stars. Here was Lloyd, two-time FIFA player of the year and U.S. World Cup and Olympic hero, moving home. And there was Press, rumored all offseason to be looking for a move away from the Red Stars, headed to a team that wasn’t on her list of preferred destinations, the Houston Dash.

Those, of course, were just the headliners. Several other pieces moved in that trade – and have since changed scenery in related moves – which had the potential to swing the pendulum on how effective the business was for each club.

One of those players was Canadian forward Janine Beckie, who joined Lloyd in the move from Houston to Sky Blue. Beckie, 23, has showed promise for Canada, including three goals at the 2016 Olympics en route to the team’s second straight bronze medal. But that form was only seen in spurts at Houston, a team which for too long lacked a general direction. The move to Sky Blue offered Beckie a fresh start, and she was a quietly sound addition who had the potential to make the New Jersey side come out of the trade in a better-than-expected position.

A lot has changed since that trade on Jan. 18, however, as we’re reminded by Beckie’s transfer to Manchester City on Thursday. Now, just eight months later, it’s worth hitting reset on how we view that trade. 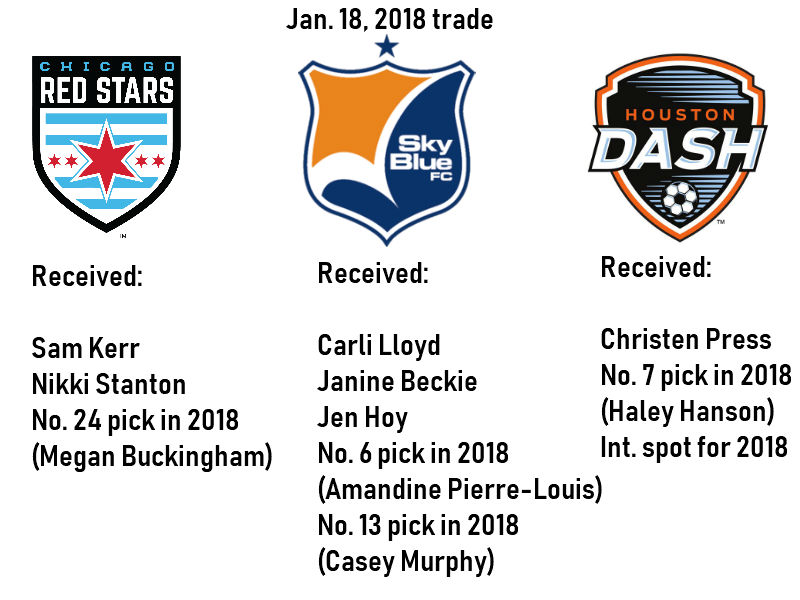 Beckie’s departure for England is yet another downgrade to that original deal for Sky Blue. They used the No. 6 pick acquired from Houston on Canadian Amandine Pierre-Louis, who is yet to play. She’s a rookie and she has been injured, so it’s harsh to judge that part of the trade. But the No. 13 pick, acquired from Chicago in the original trade, was used on goalkeeper Casey Murphy, even with knowledge that she was signing with Montpellier in France; she hasn’t played for Sky Blue. Hoy, who showed raw potential in Chicago, has barely played for Sky Blue. It has effectively played out as a Lloyd-for-Kerr swap.

The Dash, meanwhile, were considered the big losers of that original trade once it became clear that Press refused to play there, but Houston has since leveraged her rights into a respectable return (considering the club’s starting point), adding two important pieces to a team that for the first time since it launched in late 2013 has an on-field future to be excited about.

Sofia Huerta is now successfully running Houston’s midfield as the No. 10 (even if that isn’t her preferred position), and Taylor Comeau fills a huge need at fullback. Houston used that No. 7 pick on Haley Hanson, whose minutes have dropped in the summer months, but who could be a long-term asset. Many around U.S. Soccer are bullish about her future. 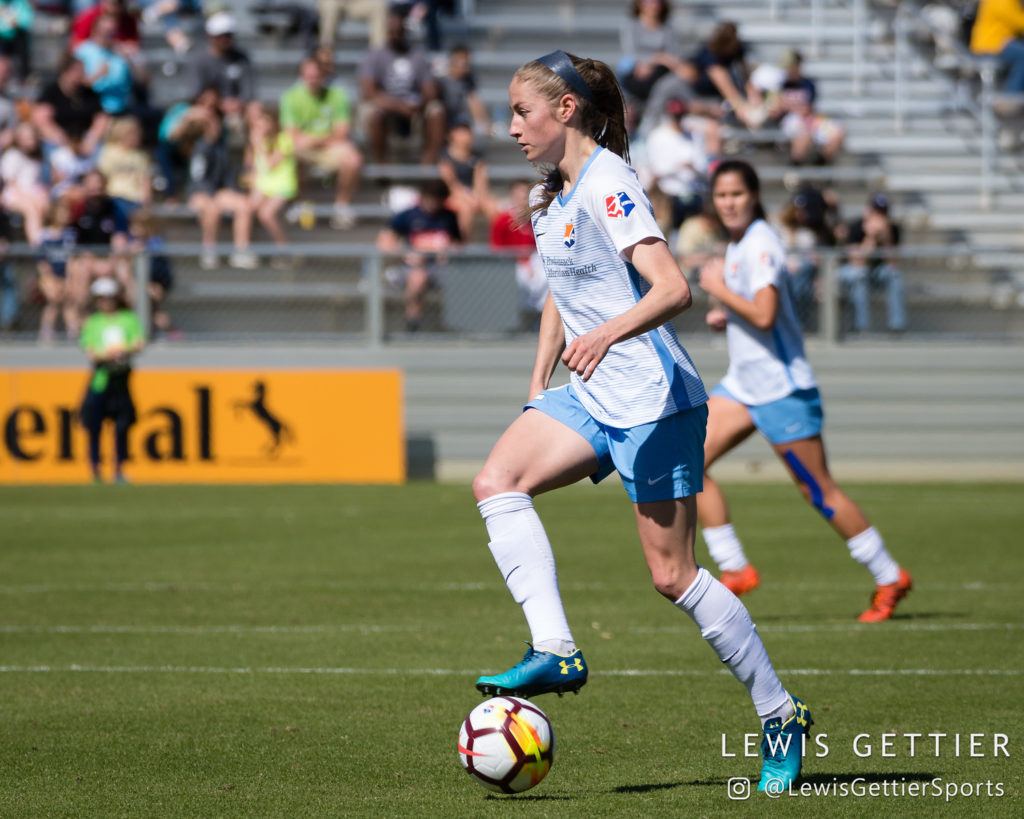 In that June trade that brought Press back tot he NWSL, the Dash gave up Press, who was never going to play there, and a conditional first-round pick in 2020. Huerta should be a centerpiece for the franchise moving forward, and she already has two goals and three assists in seven games for Houston. That’s a net of losing Lloyd and Beckie – who might have moved to Man City, anyway – for Huerta and Comeau. It really isn’t bad business for a team rebuilding for the future (while still hanging around on the edges of the playoff race).

Chicago, now eight months later, remains the big winner here. That may change should Kerr make a move abroad, but the Red Stars have now twice leveraged Press’ rights to obtain Kerr in the original trade, plus fullback Brooke Elby, the No. 1 overall pick in 2019, and four other high draft picks in the coming years. The Red Stars also acquired midfielder Nikki Stanton in that original trade, another quietly effective addition who has played in 16 of Chicago’s 18 games this season.

The Red Stars already looked like the initial winner in this mega-trade to begin with, considering the poorly kept offseason secret that Press was looking for a move anyway, and that Houston was taking a risk on her even reporting to team. They have since doubled down on that, adding Elby and a wealth of draft picks that head coach Rory Dames is among the best-suited coaches to capitalize on. There was some feeling that the initial trade was a win-win(-win) for the three teams involved, who were all looking to move major players looking for new homes. That can’t really be said for Sky Blue anymore; its biggest acquisition to use in building for the future is no longer on the books.

Houston, briefly the piñata of the league for its bad business and undesirable environment, has a much better reputation on the field than it did in March. And the Royals are effectively latecomers to the entire process, adding defensive depth in Sam Johnson and a franchise cornerstone in Press. While Press’ early returns in Utah don’t match her impressive scoring rate for Chicago, the long-term gain of her arrival is what makes Utah – not even involved in the original trade – one of the big winners of this entire process.

Beckie’s departure from Sky Blue is salt in the wound for a club still winless after 17 games. And more so, it’s another reminder that evaluating trades over longer timeframes is more important than what initially meets the eye. It will likely be a necessary exercise in another eight months, too, should players move again. 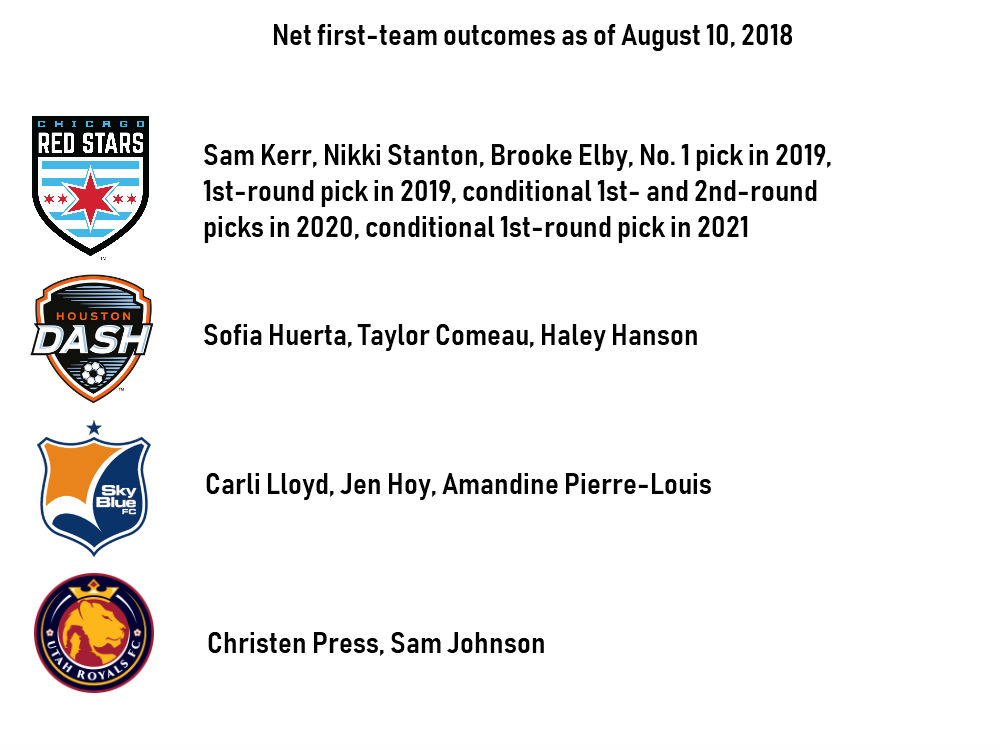