Also in today’s roundup, U-20 World Cup results and the MAC Hermann Trophy watchlist is released. 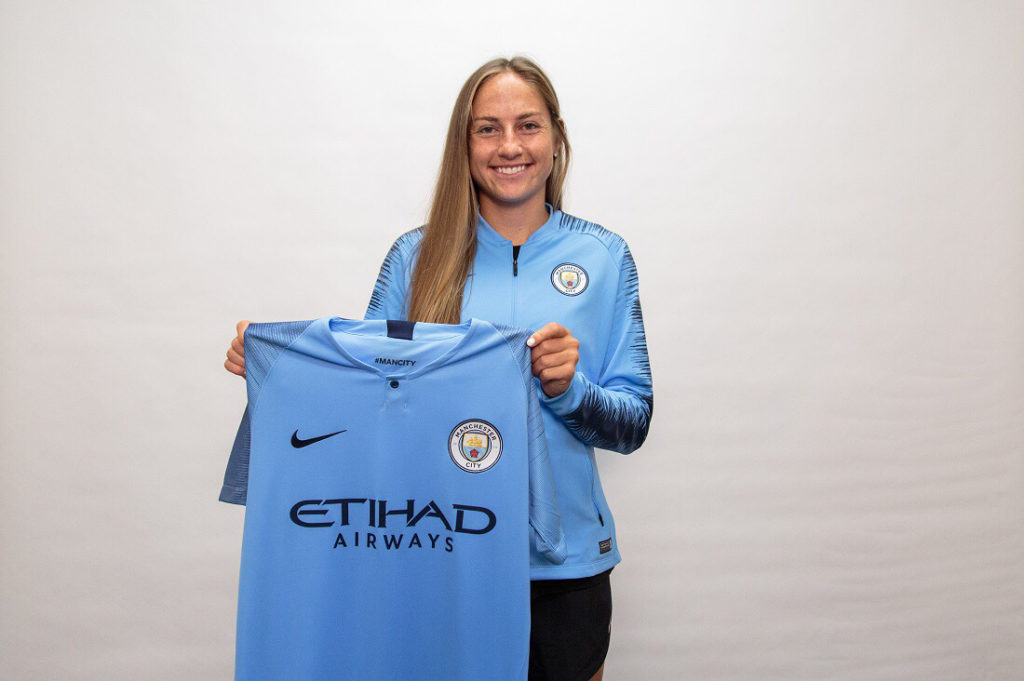 Manchester City announced on Thursday that they had signed Canadian international and former Sky Blue FC forward Janine Beckie on the same day that the FA WSL transfer window closed.

Over the weekend The Equalizer broke the news that Beckie did not travel for Sky Blue’s road match against the Orlando Pride and had most likely played her last match for the club. Sources later indicated to The Equalizer that Manchester City was in negotiations to sign Beckie, a move that was made official Thursday.

“Now I believe the time has come to embark on a new journey in my life and join a league I have always dreamt of playing in, that will allow me to continue my growth as a player,” Beckie wrote in a statement posted on Twitter. “That is why I have asked [Sky Blue] to accept a transfer for me, which they did knowing this was a once in a lifetime opportunity.”

Beckie was in her third NWSL season and her first with Sky Blue. The Canadian federation player was part of the blockbuster draft-day trade that also sent Carli Lloyd and Jen Hoy to Sky Blue while sending Sam Kerr and Nikki Stanton to Chicago and Christen Press to Houston. She previously spent two seasons with the Houston Dash.

In her statement, Beckie said that she planned to return to the NWSL “when the time is right.”

Germany, Nigeria and Spain win in day of U-20 World Cup shutouts

In addition to the U.S.’s 6-0 win over Paraguay, Germany, Nigeria and Spain all added shutout wins in Day 4 of U-20 World Cup group stage action. Not only were all matches shutouts, but all of the goals in the three matches were scored during first-half play.

Germany 2-0 China PR: Although the game remained scoreless for the first half hour, a pair of first-half goals by Giulia Gwinn and Laura Freigang resulted in Germany’s 2-0 win over China PR. Gwinn put the first goal away in the 30th minute, capitalizing on a through ball from Stefanie Sanders and firing off a shot from the right of China’s box. Freigang, who plays collegiately with Penn State, then added the insurance goal in the 39th minute, scoring with a header on a play originating with a German corner kick. The win combined with Nigeria’s later in the day secured Germany’s place in the quarterfinals from Group D.

Haiti 0-Nigeria 1: Nigeria defeated Haiti courtesy of a penalty kick taken by captain Rasheedat Ajibade in the 36th minute. Nigeria was awarded the penatly after Haiti’s Dougenie Joseph fouled Anam Imo inside the area, and Ajibade, Africa’s top scorer in qualifying, was able to convert from the spot for the game winner.

Spain 1-0 Japan: Spain’s Carmen Menayo scored the lone tally in the 15th minute of her country’s match against Japan, earning the European side their second win of the tournament. Menayo initially headed a ball towards goal, only to see if deflected off the inside of the near post, but she was able to send her own rebound in for the game winner.

Jessie Fleming, a finalist for the 2017 MAC Hermann Trophy, was named to the 2018 watch list. (photo courtesy UCLA Athletics)

The watchlist for the 2018 MAC Hermann Trophy, the award for the best collegiate player in the nation, was released on Thursday.

Other notable players included UCLA’s Hailie Mace and Ashley Sanchez, as well as USC’s Savannah DeMelo, who scored a hat trick for the U.S. on Thursday in the U-20 World Cup. Florida’s Deanne Rose and UNC’s Alessia Russo also made the watchlist.

Another notable, albeit questionable, inclusion was former Rutgers University goalkeeper Casey Murphy, who is currently playing professionally for Montpellier HSC in France.