Real or fake? Tournament of Nations takeaways through the lens of France 2019 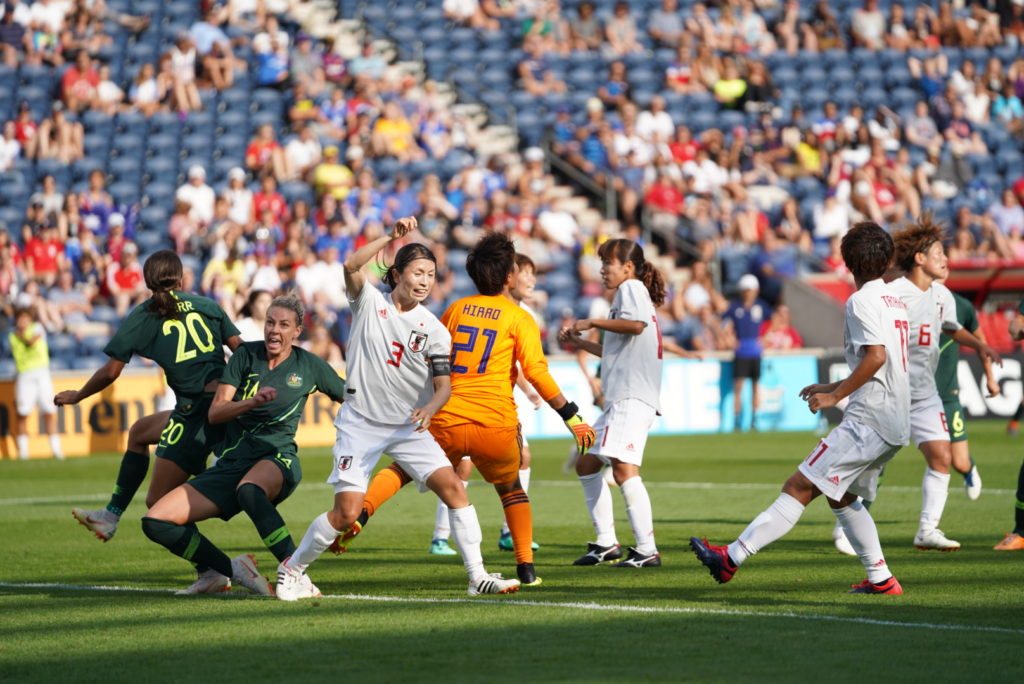 Ostensibly, four contenders for the 2019 Women’s World Cup just passed through the United States in a simulation of a group stage – although no single group will possibly be that loaded.

The United States won the 2018 Tournament of Nations, edging fellow unbeaten Australia on goal difference. For the second straight year at this competition, those two sides proved vastly superior to and more consistent than Brazil and Japan, at least in this setting. Will that hold true in France next year? Here’s a look at highs and lows for each from the week that was.

Take comfort in… The Matildas more than held their own over three games, dominating Brazil, perhaps feeling unlucky to settle for a point against the U.S., and grinding out a win over Japan. Australia will be a trendy pick as a ‘dark horse’ to win the World Cup, and while shoehorning them into that terminology feels wrong for anybody who has paid attention, expecting them to be playing on the final weekend is realistic. The biggest knock on this team is a relative lack of experience in the big moments, but that feels like a surface-level complaint for a squad whose core has spent a decade together at various levels of the game, and includes stars in their prime who already have two World Cup experiences under their belts. Dominating the U.S. in the group stage and beating Brazil in the knockout stage in2015 is plenty of groundwork laid.

There are still concerns with… Depth is a genuine concern, though it should be noted that Caitlin Foord isn’t fully fit, and Steph Catley was missing from this tournament due to family reasons. When Catley is there, Australia’s back six looks slightly different. Emily Van Egmond was phenomenal in her holding role against Japan and the U.S. Her distribution was sound, but her rotation was even more important as she filled gaps between her center backs. And that is where the biggest question lies for Australia right now: Clare Polkinghorne’s lack of pace has been exposed in the center-back position for club and country this year. Alanna Kennedy’s positioning and decision-making only compensates for that so much, and head coach Alen Stajcic will need to figure out what that defensive unit is going to look like. The Tournament of Nations finale against Japan offered a glimpse of a possible solution: Since Ellie Carpenter and Hayley Raso have the wheels to play as full-on wing backs, could a three-back with a combination of Kennedy, Van Egmond (suspended for that last game) and Elise Kellond-Knight be an option?

Status right now: Contender. France 2019 is where the Matildas can prove that they are, indeed, among the world’s elite. This is a team that can absolutely make a semifinal, and from there, anything goes.

Take comfort in… A handful of recognizable names were not released by their clubs for the Tournament of Nations, so the Brazilians can truly say that they were shorthanded. Cristiane is 33 now but might still be the most viable strike partner for Marta (who is 32). Perhaps Erika or Fabiana would have helped Brazil – it’s hard to imagine they could have made the defending worse. And Formiga, who turns 41 in March, is still playing and is still in the picture. So yes, there were some absences, and that might make the team – two years removed from a fourth-place finish at the Olympics – slightly better in the future. 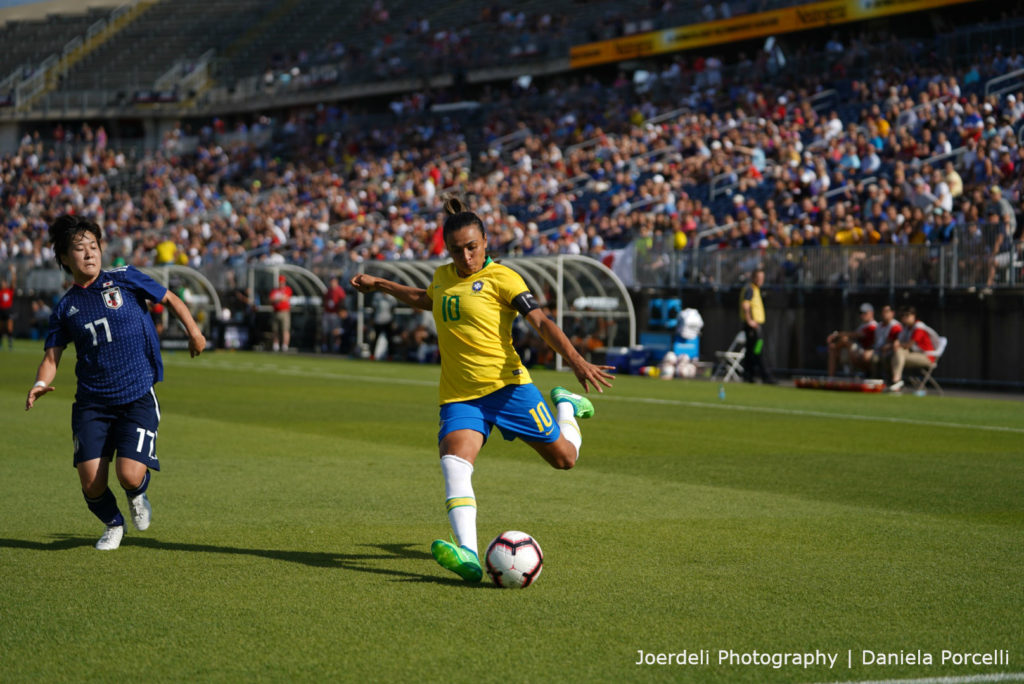 There are still concerns with… The counterargument to the above is that Brazil is without proven young players in the pipeline to fill the void which will soon be left by this generation. The two concerning trends for Brazil at the Tournament of Nations weren’t necessarily new: defending lacked any organization, and the team collectively seems to need 45 minutes to find the game, which was particularly evident against Japan and Australia. Slow starts proved costly, and that issue will be exacerbated at the World Cup.

Status right now: How the draw plays out could change this answer. But this is not a team that looks anywhere close to a World Cup semifinalist, and it is coming off a round-of-16 exit at the hands of Australia in 2015.  A repeat of that is not out of the question. Does Vadao have answers?

EXTRA: Has Brazil missed its window? Why 2019 might bring more of the same

Take comfort in… Zero points in six all-time Tournament of Nations games is a bad look for Japan, but let’s not forget that the Nadeshiko just beat Australia to win the Asian Cup about three months ago. Whether previously under Norio Sasaki’s leadership or currently under coach Asako Takakura, Japan is typically the team most committed to making friendly matches like these be about experimentation and maturation over results. You can see that in some of Takakura’s lineup rotation. Saori Ariyoshi was exceptional as the engine in the middle of the park, and Emi Nakajima showed flashes of creativity out wide to complement Mana Iwabuchi & Co. The talent is there, but it’s a very young side. This isn’t the roster from the golden era of 2011-2015.

There are still concerns with… Japan’s trademark discipline on the ball was still apparent in snippets, but the extremities of the park offer cause for concern. Uncharacteristic giveaways in the back – including a costly one against Brazil by captain Aya Sameshima – were too common, and Japan largely lacked composure in the final third (save for Mina Tanaka’s gorgeous strike against the U.S.). Can this team chase a game late? It has failed to against these opponents.

Status right now: Too early to write off. It’s difficult to see this current incarnation of Japan as any sort of favorite, but this team is not as bad as its record in a series of friendlies might suggest.

Take comfort in… The U.S. has shown this year that it is capable of winning in multiple ways. That lack of versatility bubbled to a surface at the 2016 Olympics (and there is still some question about solving truly committed low-blocks), but the Americans out-possessed and out-passed their opponents this tournament and showed a type of dominance – with the ball at their feet – that we haven’t seen from them before. This isn’t the run-and-gun 4-4-2 of past cycles. This is a U.S. team deep enough and versatile enough to have answers for any opponent. Head coach Jill Ellis got resounding answers from Lindsey Horan and, in very limited time, Rose Lavelle. She will also feel much more comfortable about her fullback dilemma following strong showings from Crystal Dunn and Emily Sonnett.

There are still concerns with… An embarrassment of riches means that finding the ideal midfield three will always be an issue for Ellis. Beyond that, though, there were some questions asked of team defending. Japan’s opening goal saw Morgan Brian slow to react in the middle of the park before Tierna Davidson was caught between minds. With U.S. numbers committed forward, Australia scored on the counter as Chloe Logarzo ran off Abby Dahlkemper’s blind side (and perhaps Brian takes a foul and a yellow to prevent the entire development). And Brazil scored on the counter as well, with Sonnett pushed high and the entire back line trying to rotate over.

Status right now: Favorite. As I wrote earlier, the Americans at the beginning of this year felt like a default favorite for lack of any other clear answers. After six top-10 clashes, they are very obviously the team to beat right now. June 7 is still a long way away, of course.