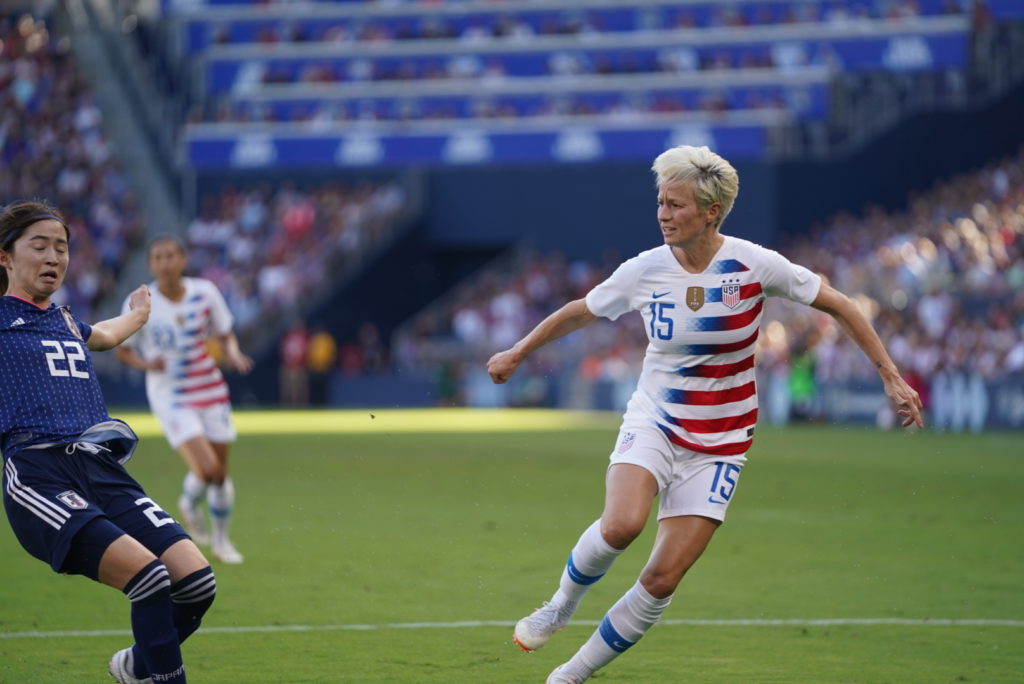 And everybody’s got to bomb forward now. Rapinoe gets the cross in…

Megan Rapinoe’s most famous moment on the soccer field saw her play the role of provider. Her left-footed cross, which Abby Wambach headed into the net for a 122nd-minute equalizer against Brazil, in the 2011 World Cup quarterfinal is among the most famous and important goals in American soccer history. Rapinoe has always been known for her exceptional service from wide areas. But over the past year, she has transitioned into a player who is much more – and one of the best players in the world.

That Rapinoe, now 33 years old, finds herself in such a position isn’t overly surprising, given her career arc. It is, however, a remarkable rise from a grueling and forgettable 2016 on the field. Rapinoe tore her ACL in December 2015 on what was later criticized as a sub-standard practice field in Hawaii. She expedited her rehab to return in time for the 2016 Olympics, and United States national team coach Jill Ellis took a chance on the creative winger, naming her to the 18-player roster despite Rapinoe hardly playing prior to the competition. The gamble didn’t pan out, with Rapinoe playing only 59 minutes over two games and having little impact in a quarterfinal loss to Sweden. Rapinoe would soon turn her attention to more important off-field matters of social justice, drawing international attention and retribution from her federation for kneeling during the United States national anthem.

Her rehab and return to fitness would continue – with considerably more patience – that winter and into early 2017. That is when she came alive again. Rapinoe didn’t just return to her pre-injury form; it was quickly apparent that she was a more dangerous player than ever before. …