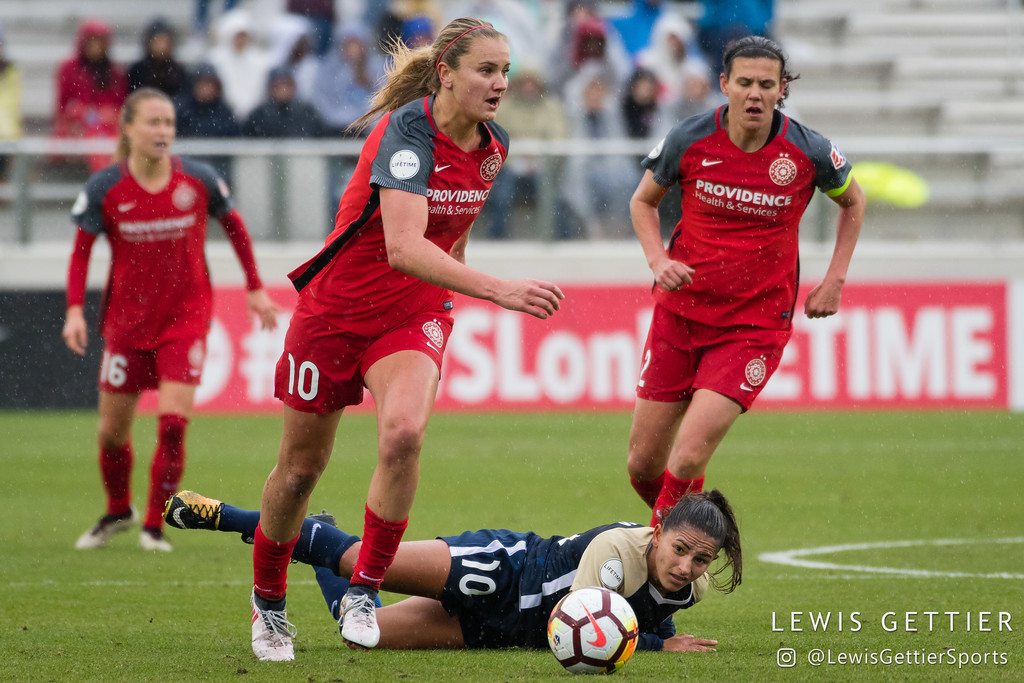 The NWSL announced on Wednesday that Portland Thorns FC midfielder Lindsey Horan had been voted the league’s Player of the Month for July 2018 by the members of NWSL Media Association.

Although Horan only made two appearances for the Thorns in July because of international duty, she played every minute of those matches, recording three goals (including her first brace of the season) and an assist to lead Portland to a perfect 3-0-0 record for the month. The nine points earned from those wins helped put them in third place on the league table.

The accolade is Horan’s first Player of the Month honor. She is the fourth Portland player—along with Tobin Heath, Allie Long, and Christine Sinclair—to be honored as such, and it marks the sixth time a Thorn has been named Player of the Month, tied for most in league history.

The FA released the full fixture list for the 2018/2019 Women’s Super League (FA WSL) season. The new season will kick off on Saturday, September 8 and will conclude on Sunday, May 12, 2019.

Highlighting opening weekend is a clash between two of the league’s heavyweights, Arsenal and Liverpool on opening day, while Manchester City and Chelsea, the respective 2016 and 2017 title winners, will face off on Sunday, September 9.

The full schedule can be found here.

Former Sky Blue FC rookie forward Michaela Abam has signed with Paris FC according to an announcement made by the team on Wednesday.

Abam, who was taken by Sky Blue has the No. 4 overall pick in the 2018 NWSL College Draft, made four appearances for the club before being waived on July 25 to allow her “the chance to pursue opportunities abroad.”

Before turning pro Abam played collegiately at West Virginia University, where she scored 42 goals and tallied 16 assists in her four years as a Mountaineer.