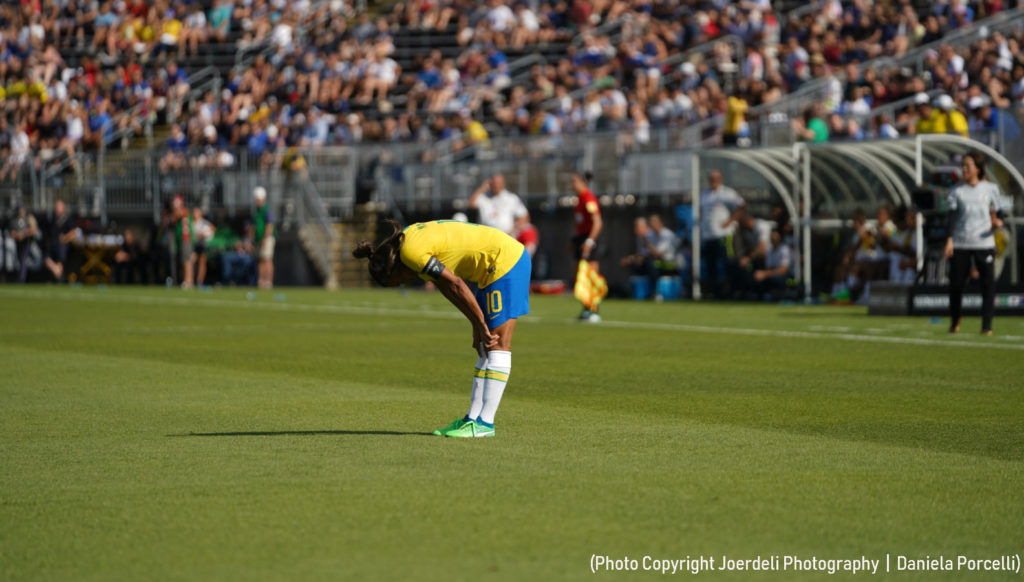 Has Brazil’s window passed? Why 2019 might bring more of the same

EAST HARTFORD, Conn. – Come next summer, it will have been 12 years since what remains perhaps the top moment in Brazilian women’s soccer history, a 4-0 absolute dismantling of the United States in the World Cup semifinals.

At the time (even though Brazil lost to Germany in the final), it looked as if Brazil was on its way to being perhaps the dominant force on the world stage. The Brazilians were silver-medalists in the 2004 Olympics, losing to the U.S. in extra time of the gold-medal match, partly led by an 18-year-old phenom named Marta. By that 2007 match, Marta was already dominant, and their performance was certainly no fluke; the Brazilians outscored opponents 10-0 in the group stage of that competition.

But, as we know now, the Brazilian era of women’s soccer never fully materialized. It perhaps came close — Brazil blitzed Germany in the semifinals of the 2008 Olympics before a Carli Lloyd strike beat them in extra time in the final. We know what happened three years later, when Abby Wambach and Megan Rapinoe (and some good penalty taking) denied Brazil a berth in the World Cup semifinals.

Sadly, the evidence now shows that most of Brazil’s success came in spite of rather than because of federation support. Brazil has not finished higher than fourth in a major competition since, and that was when it hosted the Olympics in 2016. Marta is now 32, and while still capable of leading the team, her supporting cast is not what it was a decade ago. …

Access the best women’s soccer coverage all year long
Start your FREE, 7-day trial of The Equalizer Extra for industry-leading reporting and insight on the USWNT, NWSL and beyond.
Subscribe
Existing Users Sign In Here
Related TopicsAline ReisAndressinhaBeatrizBrazilDebinhaEmily LimaExtraMartaVadao