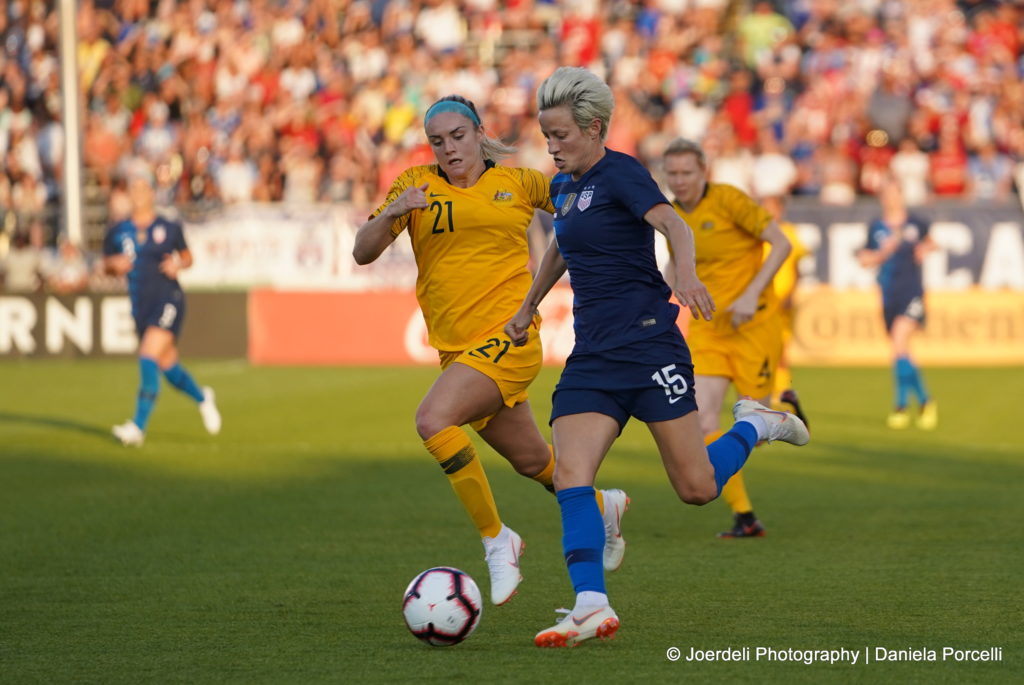 EAST HARTFORD, Conn. — It was an unusual Sunday evening for the U.S. women’s national team at Rentschler Field. A team that is accustomed to being ahead in its matches was trailing. They were chasing the game all thanks to a perfectly executed, first-half counterattack. But the U.S. was pushing, and as 90 minutes turned into added time, found the equalizer. The 1-1 draw with Australia leaves it all to play for on Thursday, when Australia will look to beat Japan and put pressure on the U.S. to follow suit against Brazil. But a Matildas slip-up will open the door for Brazil to steal the trophy.

If at first you don’t succeed…

Sometimes I get bored with the constant droning about how the U.S. towers above the world, in part because of the team’s never-say-die mentality. And then a game like this happens and it becomes evident — yet again — that it’s true. And there is something to be said for a side that often dominates but still has an ability to dig in when needed.

“Usually we kind of score early and score often so it’s nice to see these kind of things,” U.S. defender Becky Sauerbrunn said after her first match in three weeks. “Obviously these games matter, but when we’re in qualifiers or in the World Cup, you need to be able to come back in all sorts of situations.

“We actually worked on situational stuff this camp just in case we were down a goal and really had to push for one. So it was really reaffirming for us that we got one at the end.”

The microcosm on that mentality in this match was Megan Rapinoe. The United States’ left-sided forward was in a favorable matchup with Australia’s teenage right back Ellie Carpenter, and Rapinoe enjoyed a productive day attacking the player who is also her geographic rival in NWSL (Seattle Reign to Portland Thorns). Rapinoe went as far as to offer a constructive criticism to Carpenter when she said: “I would change it up, if I was her. She’s young and maybe not as savvy as some defenders, but I felt like she was just giving me too much of what I wanted and what was comfortable for me, so she should switch that up.” …

Access the best women’s soccer coverage all year long
Start your FREE, 7-day trial of The Equalizer Extra for industry-leading reporting and insight on the USWNT, NWSL and beyond.
Subscribe
Existing Users Sign In Here
Related Topics2018 Tournament of NationsAlen StajcicAustraliaExtraFeaturedJill EllisMegan Rapinoe