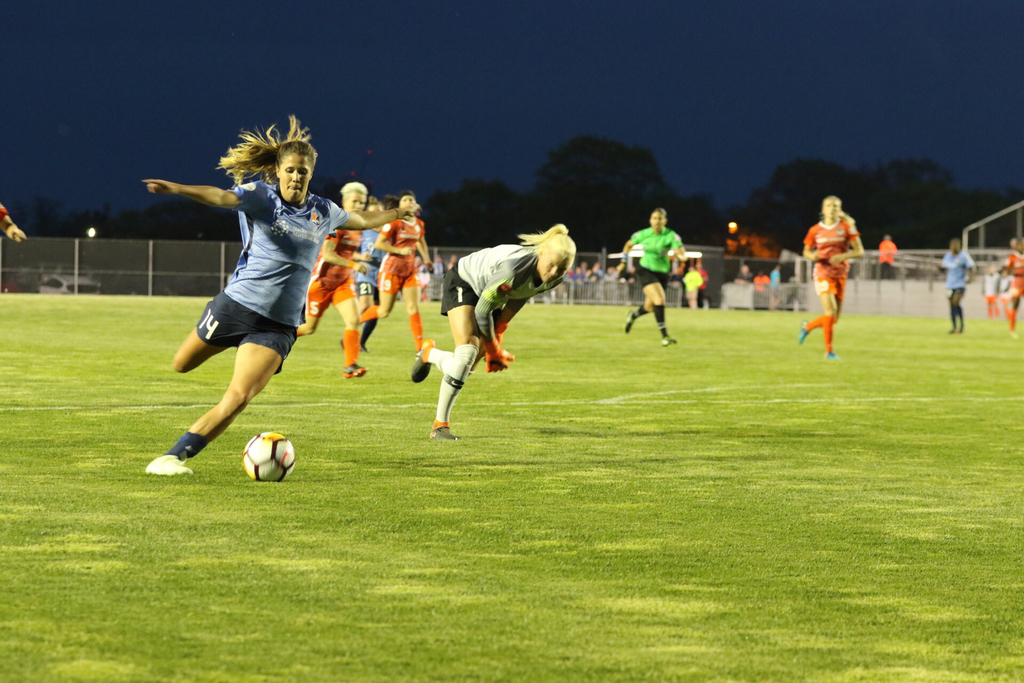 The Mexico Women’s National Team won the Central American and Caribbean Games Championship over Costa Rica on Monday, in a wild match that saw Mexico score three goals in as many minutes to notch the come-from-behind victory.

Costa Rica struck first in the contest, when they were awarded a penalty kick in the 11th minute, that Katherine Alvarado converted in the 14th to give her team the early lead. The tally would stand for the rest of the first half, with Mexico having work to do to come out on top.

However, in a three-minute span from the 59th to the 62nd minute of the match, Mexico completely took over. The rally started when Charlyn Corral chipped the Costa Rica goalkeeper to find the Mexican equalizer. Just one minute later, Kenti Robles Salas gave her squad the lead, and Sky Blue FC’s Katie Johnson finished the scoring out in the 62nd to hit the final scoreline of 3-1 in favor of Mexico.

The match will stand as a confidence-booster for Mexico as they look towards this fall’s World Cup Qualifying. With the United States and Canada presumably taking up the first two of Concacaf’s three spots for next year’s tourney, Mexico has a real opportunity to leap-frog Costa Rica (who made their World Cup debut in 2015) and return to the World Cup stage.

Barcelona’s women’s team has secured the biggest shirt sponsorship deal to date for a women’s team, according to the club. Stanley Black & Decker have become the team’s first shirt sponsor in a 3-year deal starting this season.https://t.co/2OlOFpTUE7

It was announced early this week that Barcelona FC’s women’s squad had finalized a record shirt deal with Stanley Black & Decker, the highest ever for a women’s squad. The announcement was made in Los Angeles prior to the women beginning their pre-season tour against WPSL side SoCal FC.

While the final details of the deal weren’t specified publicly, FC Barcelona president, Josep Maria Bartomeu had this to say: “Stanley is a company that shares our commitment to supporting women and women’s sports around the world. The expansion of its pledge to our Women’s team is historic because it’s the first time that it has had its own exclusive sponsor, and I am sure this will benefit women’s sports worldwide. Together, we are making positive changes that will help to break down the barriers surrounding women’s sports. There is still a long way to go and Stanley is the right partner to join us on that journey.”

Stanley Black & Decker President and CEO, Jim Loree, said: “We are thrilled to be the first-ever shirt sponsor for the FC Barcelona Women’s team … This is an historic and unique opportunity that aligns with our efforts to build a more inclusive and diverse organisation and empower women worldwide.”