A world in transition is one of opportunity for the USWNT 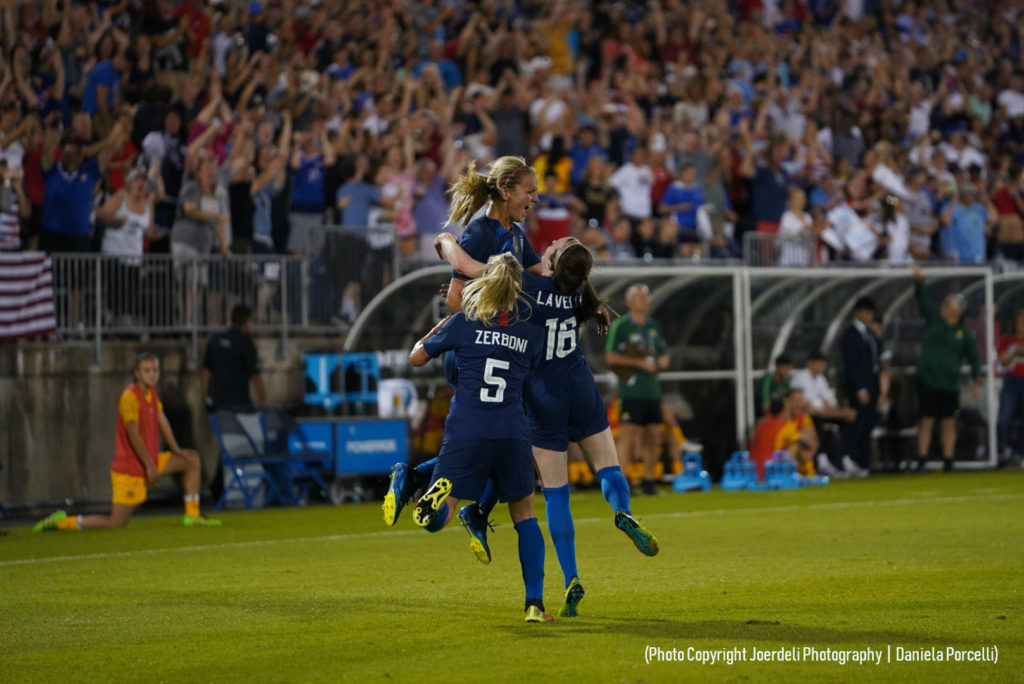 EAST HARTFORD, Conn. – Lindsey Horan’s 90th-minute equalizer earned the United States women’s national team a 1-1 draw against Australia on Sunday in a match which could have been a preview of the 2019 World Cup final.

That the U.S. had to rely on a late tally might suggest a struggle for the defending world champions. Australia, however, has firmly placed its name among the world elites this cycle, building a resume which includes defeating the Americans on their home soil to win the 2017 edition of this Tournament of Nations.

The relatively even match was another stiff test for both sides – for the U.S. another step in the slow build to peaking come tournament time; for Australia, another reason to believe that they are capable of winning a World Cup. It’s easy to forget that the Tournament of Nations is a series of friendlies, where results come secondary to preparation. U.S. coach Jill Ellis was ecstatic with what she saw on Sunday.

“We talk a lot about total team performance — that’s how it felt tonight,” she said. “It felt like, front to back, they were on point in their defending shape and their execution; I thought our ball rotation, movement, possession was very good. And obviously, the will to get it done, it’s just part of our mentality. What tonight felt like for me was a little bit of a return on the investment that we’ve been working on in terms of, within our team and tactics, personnel, roles, responsibilities. It just seemed to come together. Sometimes, as a coach, you fixate on scoreline, but I thought for us, the performance was the greatest reward tonight.” …

Access the best women’s soccer coverage all year long
Start your FREE, 7-day trial of The Equalizer Extra for industry-leading reporting and insight on the USWNT, NWSL and beyond.
Subscribe
Existing Users Sign In Here
Related Topics2018 Tournament of NationsAustraliaExtraFeatured

Monday Morning Wakeup: USWNT narrowly lead Tournament of Nations; one match to go
USWNT notebook: Ellis on evaluating subsets, Naeher the No. 1, and Dunn at left back